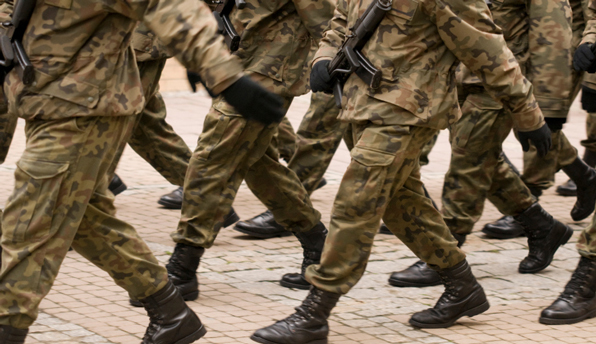 Whenever one is involved in a debate or argument about normative matters – ethics or politics, for instance – certain moves are made by means of using labels. One might characterize another's position as "extreme right or left wing," "fascist," "socialist," "ultra conservative," "radical individualist" and so forth. All such labels contain a charge to the effect that the other's position is misguided and maybe out and out disastrous and vicious in its implications. Which is why the labels are so vigorously rejected, why they are deemed to be a variety of "name calling."

Yet they are not always off-base. Some people's viewpoint and policy proposals do amount to one of those on the list above. Slightly rephrased, they might even be openly embraced by one's adversary.

Thus, for example, one might consider someone's position socialist and the person might accept it so long as it is a socialism "with a human face." Even Nazis, national socialists, might fess up to their viewpoint provided it doesn't get linked to Hitler and concentration camps, just as communists might accept being communists so long as Stalin and the gulags are not linked to it.

But in certain contexts, however much one's position may amount to a variety of socialism, communism, or, alternatively, fascism or Nazism, because of the pejorative intimation of such terms, they will be rejected, resisted, and one's adversary will see it as underhanded, dirty pool, to make use of them.

We have exactly this situation now with Barack Obama's recommended public policies, such as his idea of a heavily government-linked health care system, his bailout efforts vis-a-vis the auto and bank industries, his stimulus program, etc. By all accounts these measures leave very little of the already truncated American system of a free-market capitalism intact. By all accounts they require revising the meaning and function of the US Constitution, the complete undoing of the market economy, and the abolition of the American founders' idea of natural individual human rights.

For example, many legal scholars who support Mr. Obama as well as the president himself now believe that the US Constitution is basically outmoded and must be fundamentally re-conceived. Just peruse a recently published collection of papers by these scholars, The Constitution in 2020, edited by Jack M. Balkin and Reva B. Siegel, from Oxford University Press, all of which are self-labeled as "progressive" despite the fact that virtually all want to revamp the American legal system by returning more and more power to government, just as used to be the case under the monarchy that the American Revolution overthrew! (In other words, this progressivism is, in fact, reactionary politics.)

A leading light among the contributors is Professor Cass R. Sunstein who completely rejects the American Founders' idea that before law, before government, in "the state of nature," human beings have rights to their lives, liberty, property and so forth, which governments are instituted so as to secure for us all. For these folks government may or may not grant or create rights – which is exactly the kind of power and authority claimed by kings, czars, chiefs, rulers, and politburos over their subjects.

How can one detect the socialist version of this attempt in Mr. Obama & Co.'s proposals to revamp the American system? The one straightforward way is to pay attention to how the regime has accepted one of the most basic tenets of classical socialism, namely, that wealth is publicly owned, not by individuals who earned or otherwise honestly came by it.

The very first item of action recommended by Karl Marx and his partner Frederick Engels in The Communist Manifesto for advancing toward socialism – a system that must, by their account, precede communism – is the abolition of private property. John Locke, the grandfather of the American legal tradition, considered the right to private property – which included for him one's life and its fruits – fundamental to a just human community.

The Obama team of legal and political theorists rejects this or considers the position only right for a brief period of American history, but by now in need of discarding.

When politicians and the legal scholars who stand by them – who want to revise the law to suit their so-called progressive goals – believe that they may just take from one portion of the population whatever they deem necessary and use it for a purpose they deem in the public interest, they see the society as a kind of organism whose various limbs and organs and other attributes may, if need be, be switched around. This is like a surgeon who believes some bone fragment from one's hip may be useful to repair, say, one's broken nose!

The Obama regime is totally nonplussed about wealth redistribution because it believes wealth is all socially held, not private property. And since they run the society, they can make use of this wealth, including the wealth yet to be produced by members of future generations, as they believe is wise. This is why bailouts, stimulus packages, clunker programs, juggling health insurance for Americans and the like are all just fine and dandy with them. All the wealth involved "belongs to us," with them in charge of it.

Since there may turn out to be some serious resistance to this socialist program once Americans get full wind of its implications, it can well come to pass that the government will make use of rough measures to make sure its will is the way. So, look out – this socialism with a human face could change rather abruptly to one just like those we have seen first turn brutal and then crash in the 20th century!