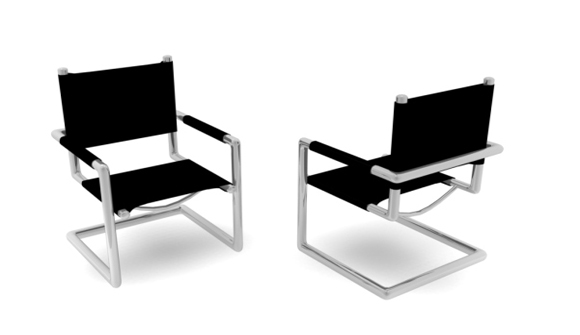 The most prominent of Austrian economists was the late F.A. Hayek. He won the Nobel Prize in economic science – shared it with Gunnar Myrdal whose ideas in the discipline of political economy were nearly the opposite of Hayek's – in 1974. His last book, The Fatal Conceit, published as most of his other books by the University of Chicago Press (1988), summarizes his career-long critique of socialism.

As the blurb says, "Hayek gives the main arguments for the free-market case and presents his manifesto on the 'errors of socialism.' Hayek argues that socialism has, from its origins, been mistaken on factual, and even on logical, grounds and that its repeated failures in the many different practical applications of socialist ideas that this century has witnessed were the direct outcome of these errors. He labels as the 'fatal conceit' the idea that 'man is able to shape the world around him according to his wishes.' "

Now, I am not entirely happy with how the blurb puts it, since clearly human beings have managed "to shape the world" quite extensively, if we focus on how scientific discoveries have produced technological innovations that have, indeed, done just that. But that wasn't Hayek's focus any more than it is the intention of socialists to bring about technological changes in the world. Rather, socialists, as many other statists, are after changing human nature itself.

It was, after all, Karl Marx's prediction that as history unfolds, human beings will stop being what most Western economists and political philosophers have thought them to be, namely, concerned to improve their material welfare on Earth. From acting mainly "selfishly," they will evolve to act solely altruistically, keeping in focus the public interest and rejecting their private interests. This goal is indeed what history itself aims for, or so Marx thought.

When communism has finally been reached, the "new man" will have been created. Its nature will be to pursue a community life of pure sharing of values among all humanity. Humanity, in fact, will have turned into a worldwide commune!

Yet, because this development is only a fantasy with no evidence for it whatsoever, what is supposed to be the outcome of historical social forces has to be engineered by the likes of Marx, by communists or socialists around the globe. This is indeed the task assumed by the likes of Saul Alinsky, the famous community organizer who happens to be the teacher – should I say "guru" – of the current president of the USA. That task is what Hayek has dubbed the fatal conceit because, as he has shown in much of his work, making the attempt to change human nature (seeing that history isn't really changing it) involves massive coercion, physical force, manipulation, brainwashing and similar intrusive policies which if resisted by people will land them in gulags, concentration camps, mental hospitals, prisons and other institutions that are the vehicles of social-political-economic change.

What we have been witnessing as Mr. Obama and his team have tried to implement a nationalized, socialized health insurance system in the USA is an initial step of the social change required to turn a society into a socialist camp. Free men and women are not easily herded into such a social project given that human nature cannot be bent, as the socialists hope it could be. They are individuals, with varied aims and concerns in life, and the "one size fits all" policies of socialism and thus of Obamacare cannot be made to work. Both on empirical and logical grounds, only a type of social-economic-political system that takes individualism seriously can accommodate our nature. Precisely the opposite of what the socialists have been aiming for and what Obamacare tries to implement here in the USA would be the right approach, a social-economic-political system that makes room for a great variety of approaches to solving problems, including those involving taking good care of our health and welfare.

The problems with the Obamacare website and other similar stumbling blocks are all symptoms of the fatal conceit, just as Hayek and his Austrian colleagues in the discipline of political economy have been arguing. Nor is it silly paranoia to fear that the result of the failures of programs like Obamacare – centrally managed policies imposed on millions of people many of whom reject and would resist them – could be exactly what they were in the Soviet system that should have taught us the lessons Hayek was teaching in concrete historical terms.