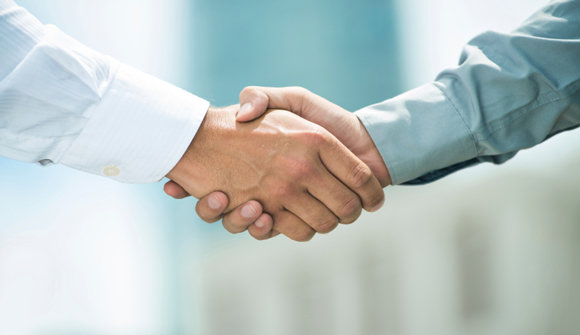 EDITORIAL
Fractional-Reserve Banking is Not Fraud
By Wendy McElroy - November 13, 2014

Fractional-reserve banking (FRB) is a flash point within libertarianism and a subject that elicits a rare sight: economists becoming emotional. For many in the Austrian school, FRB is theft, counterfeiting and fraud; some critics call for banning it. To other free-market economists, FRB is a practical way to increase and productively use the money supply for finance.

What FRB Is and Is Not

A standard and neutral definition of FRB is, "the practice by which a bank maintains available reserves that represent only a portion of its customers' deposits while lending out or investing the rest." At the same time, the bank pledges to redeem its demand deposits upon request.

FRB is often viewed as an aspect of centralized banking or government regulation. When it is coupled with a centralized bank, then John Maynard Keynes's description is apt; "By this means (FRB), government may secretly and unobserved, confiscate the wealth of the people, and not one man in a million will detect the theft."

But FRB is a separable practice that has functioned within free banking systems. Indeed, fractional-reserve was standard in the 18th century Scottish free banking system which economist Lawrence H. White described in his classic work Free Banking in Britain – Theory, Experience and Debate 1800-1845. A chapter on Scottish banks is included in order to make a comparison with British ones. White commented: "Scotland had no monetary policy, no central bank, and virtually no political regulation of the banking industry. Entry was completely free and right of note-issue universal." Yet the Scottish FRBs experienced far fewer runs than their British counterparts.

White's work is both fascinating and convincing (to me) but the libertarian part of the debate on FRB is not whether it is efficient but whether it is fraud.

Rothbard argued vehemently that it was. In The Freeman (September and October 1995), he explained: "I set up a Rothbard Bank, and invest $1,000 of cash (whether gold or government paper does not matter here). Then I 'lend out' $10,000 to someone … can I 'lend out' far more than I have? … I simply open up a checking account of $10,000 which I am happy to lend to Mr. Jones. Why does Jones borrow from me? Well, for one thing, I can charge a lower rate of interest." Rothbard called this "counterfeiting" because money was created "out of thin air."

He viewed FRB as a fraud against the original depositors. Why? If "the American public… in unison, demanded cash. What would happen? The banks would be instantly insolvent, since they could only muster 10 percent of the cash they owe their befuddled customers."

There are practical objections to this depiction. It assumes all deposits could be demanded in unison and they are all demand deposits, not term ones. Moreover, the same logic would discredit insurance companies. If too many insurance holders file claims in unison, then the companies go bankrupt or must defer payments. This happens when there is a massive natural disaster. Otherwise, the insurance industry operates in a stable manner over long periods to satisfy average daily needs; the fact that they fail in the face of rare and unpredictable circumstances is part of the risk and uncertainty inherent in any business arrangement. No one argues that insurance industry is fraud, however, because of a few failures due to extraordinary circumstances. FRB operates in a similar manner.

Instead of dwelling on side issues, however, I accept the description of fractional reserve offered by Rothbardians, and I disagree with them on their own terms.

Let's say everyone wants 100% of their money at the same time. Has the FRB committed fraud when it cannot deliver?

Fraud is a type of theft. Theft is the use of another person's property without his consent. In fraud, the owner relinquishes some or all control of his property in exchange for a described value. If the value received is not as described, then no legitimate exchange has occurred. Economist Bryan Caplan stated, "If you offer me a Mitsubishi 5500 projector in exchange for $2000, and hand me a box of straw instead, you are using my $2000 without my consent…." It is theft achieved through fraud.

Fraud hinges on the issues of "informed consent" and delivery of the described value. Do you know what you are getting in return for what you pay? And do you get it? If FRB depositors are fully informed, if in exchange for interest they embrace a demand deposit that is substantially lent out, then fraud is not possible. They are simply entrusting money in exchange for a desired interest rate with full knowledge of the risk. By contrast, a 100%-reserve bank would presumably charge a storage fee rather than offer interest. Indeed, this is what happens with the 100%-reserve banking called safe deposit boxes. Otherwise stated, an informed depositor may make a poor choice with whom or where to entrust his money but it would not be fraud; libertarianism does not prohibit poor choices.

As Ayn Rand put it – as quoted in 100 Voices: An Oral History of Ayn Rand – FRB "is appropriate – It is a matter of informed, calculated risk and, in essence, not theft [fraud] at all."

To maintain the accusation of fraud in the presence of informed consent, some Rothbardians expand the definition of 'fraud.' For example, Walter Block claimed: "But, lying is only sufficient for fraud, not necessary. There are other ways to commit fraud besides an outright lie. For example, it is fraudulent for a bank or anyone else to try to sell you a square circle, even if they do not lie about it. Why? Because there is no such thing as a square circle, and, in order for a contract to be a valid one, not only must both parties agree to it (neither lies to the other), but, also, the contract must be in accordance with LOGIC."

This is a strange requirement. A third party would be able to invalidate a contract that has full disclosure and with which the contracting parties are satisfied. As with FRB and insurance policies, quite a few contracts might well involve what some Austrians see as a breach of 'logic.' A man might pay a priest to hear confession and absolve his sins, or pay a psychic to tell his future. As long as both parties accept the logic of the exchange, it is not the business of an atheist third party to invalidate the contract. Just as the free market and libertarianism do not outlaw poor choices nor do they prohibit breaches of logic. A third party simply has no business substituting his logic for that of the contracting parties.

The 19th century individualist anarchist Benjamin Tucker wrestled with much the same issue as the "illogical" contract. Like many contemporaries, Tucker believed that charging interest or rent was "usury" – an immoral monetary practice. He thought such practices were sustained by the state and would naturally disappear under freedom. When confronted with the possibility of people freely choosing to pay interest, Tucker agreed that such contracts would be valid. They would be worthy of scorn but they would be valid because they would be voluntary.

By contrast, Rothbardians such as Block and Murray himself are on record as favoring the prohibition of FRB. Presumably, private defense agencies would drag FR bankers into free-market courts even if no client considers himself to be wronged.

The work of the libertarian monetary theorists White and George Selgin convinced me long ago that FRB would thrive in the free market. Opponents of FRB would disagree but the disagreement is not a libertarian matter but a utilitarian one. The question has become, "Which is the best banking system: fractional or 100% reserve?" Let the free market decide. Let individuals choose.