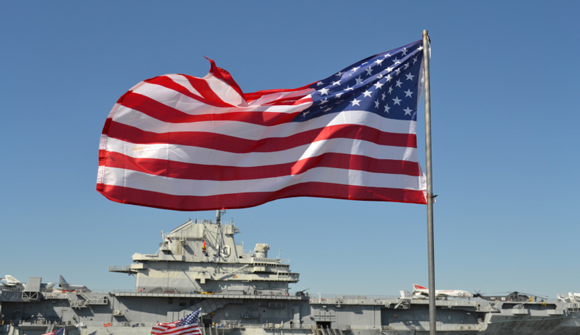 A pivotal debate in post-WWII America destroyed the nation’s deep streak of isolationism; this is the foreign policy of nonintervention by one nation into the affairs of another.

On one side was the Old Right. They were a group of politicians and writers who coalesced in opposition to President Franklin Roosevelt’s New Deal and entry into World War II (WWII). They advocated global free trade, nonintervention, personal freedom and limited government; they did so with rare passion and eloquence.

In his essay, “The Revolution Was,” the libertarian Garet Garrett commented on how the revolutionary New Deal had destroyed the American structure of government which had protected freedom. “There are those who still think they are holding the pass against a revolution that may be coming up the road. But they are gazing in the wrong direction. The revolution is behind them. It went by in the Night of Depression, singing songs to freedom … Those were the innocent disarmers. Their trust was in words.”

After WWII, the Old Right became the strongest force resisting a foreign policy of anti-communism that became the heart of the Cold War. One reason: They thought a Cold War would lead to imperialism abroad and totalitarianism at home, because power would need to be centralized in the executive branch.

The other side of the debate consisted largely of anti-communist politicians and corporate liberals who clamored to establish a permanent network of military bases, economic interventions and alliances around the world. Corporate liberals are businessmen who are notorious for pushing through anti-free market measures in order to profit from them. They enter into an unofficial partnership with sympathetic politicians and together become a ruling elite.

The elite side won, and it did so definitively. Today’s runaway foreign policy is rooted directly in their victory back in 1947. Much has been written about the Cold War but a novel way to glimpse its impact is to consider a concept that sounds odd to modern ears.

Neutrality used to be a right of war. A considered examination of the concept may date back to the great legal theorist Hugo Grotius (1583-1645) and his work The Rights of War and Peace. He wrote, “Nothing to be taken belonging to the neutrals, but under circumstances of extreme necessity, and with an intention to pay the full price of it.” In turn, neutral nations were duty bound to not provide either side with direct war aid, such as munitions. Nevertheless, they retained the right to engage in non-military commerce with either or both sides.

European leaders were not initially receptive to the idea but it gained some foothold in a newly emerging America. In May 1793, President George Washington responded to America’s first foreign policy crisis by issuing the Proclamation of Neutrality. Revolutionary France had declared war on Great Britain and on half of Europe in a conflict that became known the Napoleonic Wars. An American response had been demanded.

The Proclamation was controversial. Powerful voices, like that of the haughty Secretary of the Treasury Alexander Hamilton, demanded immediate neutrality. Other powerful voices, including Secretary of State Thomas Jefferson, wished to delay and, perhaps, negotiate with the belligerents. As a compromise, neutrality was declared but American ships were prohibited from providing war material to either side; American citizens who materially supported either side could be legally prosecuted. The American character in foreign policy was being defined.

In his Farewell Address of 1796, Washington stated that it was America’s “true policy to steer clear of permanent alliance with any portion of the foreign world.” In his inaugural pledge of 1801 Jefferson vowed, “[p]eace, commerce, and honest friendship with all nations – entangling alliances with none…the supremacy of the civil over the military authority.” This was a statement of neutral right and nonintervention.

Tension continued on foreign policy, however. For example, the Mexican-American War (1846–1848) can be seen as one for empire in which America annexed huge stretches of Mexican territory. Yet, less than ten years later, at the Declaration of Paris (1856), the U.S. fought to prohibit the seizing of non-contraband goods of neutral nations during war. Did America respect the right of neutrality, especially for itself, or did it believe in an aggressive military?

Depending on the circumstances and character of those in power, it seemed to believe in both. The principle of neutrality continued to operate in ever narrowing manner through to the end of WWII. For example, Spain, Switzerland and various other proximate states were able to escape the war in Europe.

Then neutrality or nonintervention was erased from American foreign policy by the Truman Doctrine and the concurrent rise of mega-agencies, such as the United Nations and the International Monetary Fund, which pressed for unified global action.

If we go along with this poking into the business of Europe, what will happen to the liberty we have left in America? Already there is a Red witch hunt afoot, and experience tells us that when the exigencies of the situation require it the definition of “Red” will include every person who raises his voice against the going order. – Frank Chodorov

After WWII, the world divided ideologically into three categories. First World nations were Western ones, primarily America, which expressed democratic principles. Second World nations were communist ones, primarily the Soviet Union. The Third World consisted of unaligned nations; they were often undeveloped ones in Africa or Asia. The First and Second World sectors were in competition for the allegiance and economic advantages offered by the Third, which made their neutrality no longer acceptably neutral. Moreover, nations that went communist were viewed as a threat to domestic security in America.

Announced on March 12, 1947 by President Harry Truman, the Truman Doctrine was a major play to entrench American interest into Third World nations and to prop up governments considered to be favorable to America. The doctrine pledged American assistance to any nation that resisted communism. The implication and the discussion that surrounded the doctrine pledged hostility toward any nation that embraced communism.

Even as the Truman Doctrine was announced, America was preparing to intervene in a foreign government to determine its political structure. Greece was being ripped apart by a civil war between communist rebels and a repressive right-wing government. The British had been supporting the government but asked America to assume the role. With funding from the Truman Doctrine and related measures, such as the Marshall Plan, the Greek government prevailed. As one of the first Cold War interventions into the internal politics of another nation, Greece set a pattern. In the name of containing communism, America propped up vicious governments and poured money into their coffers even though it had no compelling interest there.

When Greece joined the North Atlantic Treaty Organization (NATO), it became part of a collective defense system that would soon fight the communists in Korea. Senator Robert Taft, leader of the Old Right, had warned against the negative impact of NATO which would commit all signatories “to go to war if necessary with any nation which attacks any of the signers.” The commitment could be called in even if the attack was by a non-communist nation or by one of the signers themselves. In short, NATO destroyed the right of neutrality. Others in the Old Right warned that every corrupt government would now want American money merely to maintain power. And they would all declare their enemies to be communist.

The Truman Doctrine was the official beginning of an aggressive ‘peacetime’ intervention during which America became the world’s policeman. ‘Friendly’ nations were often bought off by supporting cooperative but repressive leaders. Unfriendly ones often experienced economic sanctions and the arming of their domestic opponents.

The historian Charles Beard once commented that the best description of the foreign policy of Presidents Roosevelt and Truman is “perpetual war for perpetual peace,” which the historian Harry Elmer Barnes later used to title a book. And, yet, the Cold War was not perpetual. Arguably, it ended when the Soviet Union did. What next?

Dan Sanchez observed at the antiwar.com site (Oct. 23, 2014), “In 1990, Murray Rothbard clearly identified the earliest signs of the ultimately successful decade-long push by the neocons [the now hawkish right] to replace their dearly missed Cold War with a global, imperialist, and permanent War on Islamic fundamentalism and for ‘Democracy’.” Rothbard explained,

[I]f the Cold War died in the Communist collapse of 1989, what can…justify the policy of massive intervention by the U.S. everywhere on the globe? In short, what cloak can the Establishment now find to mask and vindicate the continuance of U.S. imperialism? With their perks and their power at stake, the Court apologists for imperialism have been quick to offer excuses and alternatives …

The new face of America’s perpetual war has some cosmetic changes. The enemy is terrorism, not communism. The goal is liberation and democracy, not containment. The battleground is arid soil, not Asian jungle. The soldiers are not drafted but volunteers or mercenaries.

But it all seems oddly the same because the fundamentals are identical. Through unending war, America has utterly deserted any commitment to neutrality abroad. And the Old Right was correct; the domestic government has become a behemoth and power is centralized in the hands of the executive.

The elimination of the neutrality rights of nations is now so complete that neutrality can be challenged even when no declaration or act of war has occurred. Merely viewing a nation as a potential ally or enemy now warrants intervention, up to and including a military presence.

In 1821, John Quincy Adams declared that America “goes not abroad, in search of monsters to destroy. She is the well-wisher to the freedom and independence of all. She is the champion and vindicator only of her own.” America is now abroad. And she is the monster.