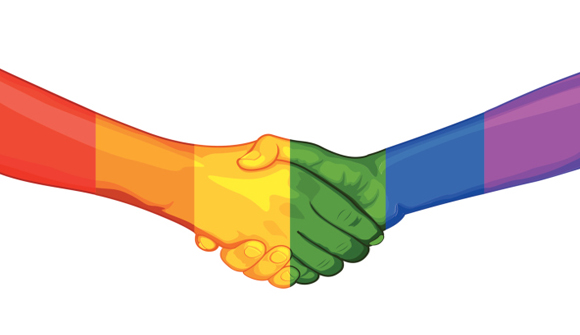 A common reason people break with orthodox objectivism is because they embrace anarchism rather than limited government. Ayn Rand was a well known advocate of a night-watchman government that was limited to protecting the person and property of those within its jurisdiction. The rejection of government was a key reason I distanced myself from orthodox objectivism but it was not the first step in my exodus. My first deep disagreement with Rand was on her view of sexuality, and especially homosexuality.

For purposes of this article, I use a restrictive definition of objectivism; it is the philosophy organized around Ayn Rand's work and public statements. I use this definition for two reasons. First, it was the generally accepted one at the point when I experienced my twinge of disillusionment. Second, I take Rand at her word. She stated ["To the Readers of The Objectivist Forum," The Objectivist Forum, Vol. 1, No. 1], "If you agree with some tenets of Objectivism, but disagree with others, do not call yourself an Objectivist; give proper authorship credit for the parts you agree with—and then indulge in any flights of fancy you wish, on your own." I shall.

Objectivism is an integrated philosophy with the first three building blocks being metaphysics, epistemology and ethics. Metaphysics is the branch of philosophy that explains the fundamental nature of being, of what exists. Epistemology studies the nature of human knowledge and the grounds upon which it can be considered valid or limited. Ethics is the branch of philosophy that deals with morality. Nathaniel Branden once explained the interconnection of the three as, "What exists? How do I know it? So what?" Sexuality belongs in the category of "So what?" It falls into the category of how a person should live his own life and should deal with others.

Ayn Rand wrote: "Sex is a physical capacity, but its exercise is determined by man's mind—by his choice of values, held consciously or subconsciously. To a rational man, sex is an expression of self-esteem—a celebration of himself and of existence. To the man who lacks self-esteem, sex is an attempt to fake it, to acquire its momentary illusion. Romantic love, in the full sense of the term, is an emotion possible only to the man (or woman) of unbreached self-esteem: it is his response to his own highest values in the person of another—an integrated response of mind and body, of love and sexual desire. Such a man (or woman) is incapable of experiencing a sexual desire divorced from spiritual values."

As a teenager, when I discovered Rand, my sexuality was a rather typical jumble of confusion. It was also an area of my life I wanted to work out. Rand's rational approach to this overwhelmingly emotional area offered me some sense of control and I grabbed onto it.

After some digging, I concluded that he was not misrepresenting Rand on homosexuality. She addressed the issue only a few times and I wasn't entirely clear on her views. I became so.

In the Q&A session of a 1971 lecture, Rand was asked about homosexuality. She replied: "[I]t involves psychological flaws, corruptions, errors, or unfortunate premises… there is a psychological immorality at the root of homosexuality. Therefore I regard it as immoral. But I do not believe that the government has the right to prohibit it. It is the privilege of any individual to use his sex life in whichever way he wants it. That's his legal right, provided he is not forcing it on anyone. And therefore the idea that it's proper among consenting adults is the proper formulation legally….[I]f you want my really sincere opinion, it is disgusting."

Subsequently, debate erupted. Was Rand expressing a personal opinion or delivering the official objectivist line? To me, it seemed meant to be official and deliberate.

Also in 1971, Rand published a collection of essays, The New Left. The collection focused on attacking mainstream feminism and the politicization of sexual liberation, including gay rights. Much of her criticism appropriately centered on the privileges being demanded by special interest groups from government. But many of the arguments seemed to express personal preference that were being wrapped up and presented as objective morality. For example, Rand declared, "[T]o proclaim spiritual sisterhood with lesbians… is so repulsive a set of premises from so loathsome a sense of life that an accurate commentary would require the kind of language I do not like to see in print."

Moreover, her close associates seemed to echo Rand's attitude in equally moralistic terms. The introduction to Chris Sciabarra's excellent monograph Ayn Rand, Homosexuality, and Human Liberation describes the reaction of Rand's lieutenant Nathaniel Branden to people who liked Naturalist (e.g., Norman Mailer) more than Romantic writers (e.g., Victor Hugo). Lindsay Perigo writes: "It was not merely that she/Objectivists disliked non-romantic art; they seemed to despise it and extend their condemnation to anyone who enjoyed the 'wrong' art…. As Chris points out (page 6): Nathaniel Branden took jabs at 'those who read non-heroic fiction and who revel in the fact that they're 'not as bad as the dope-addicted dwarf or the crippled lesbian' they're reading about." (Note: Branden later said he was wrong to have ever viewed homosexuality as a moral issue.)

Other close associates of Rand have subsequently come to her 'defense' on homosexuality by commenting on how well she treated gays in her social circle. For example, Leonard Peikoff, founder of the Ayn Rand Institute that inherited her mantle, claimed Rand was "just as close, knowing full well that they were homosexual." I am pleased to hear it. But contradicting evidence that cannot be confirmed has less weight than the clear meaning of Rand's published or otherwise accessible words.

The current wisdom on homosexuality within objectivism is that the issue, pro or con, is not part of the philosophy. As a philosophy of individualism, it is an open invitation to all human beings with no regard for their secondary characteristics, such as skin color or sexual orientation.

This a welcome evolution. But Rand's stated positions that homosexuality was disgusting and that objectivism was whatever she said it was should not be whitewashed. In a 2009 podcast, Peikoff stated: "Now, people say 'well didn't Ayn Rand sometimes express negativity in regard to homosexuality?' Yes, she did, but in my understanding it was primarily when they acted as political activists demanding special rights." Peikoff's loyalty to his mentor is understandable but his explanation fails.

Clearly, more than a political objection was present, and remembering Rand correctly is important. Her attitudes as well as her words deeply impacted the formative minds of a generation. Discovering Rand's views on homosexuality was a turning point for me because I realized she did not understand human psychology. Nor did she distinguish between her own preferences and objective moral principles. Anarchism came quickly thereafter, as did a rejection of Rand's general approach to aesthetics.

My purpose here is not to swipe at a giant. My intellectual debt to Rand is too profound for that. In many if not most ways, I am still an objectivist. Some part of me will always be the fifteen-year-old who felt cold rushes of excitement on her skin at reading her first Rand novel. But my disagreements are significant enough that I cannot use the label.

So what is the purpose of this article? My disillusionment with a few aspects of Rand was initially painful but it provided one of the most valuable lessons of my life. Never place anyone's claims beyond question. Reason makes the same demands of every human being, large or small: Prove it. Reason is the great equalizer.