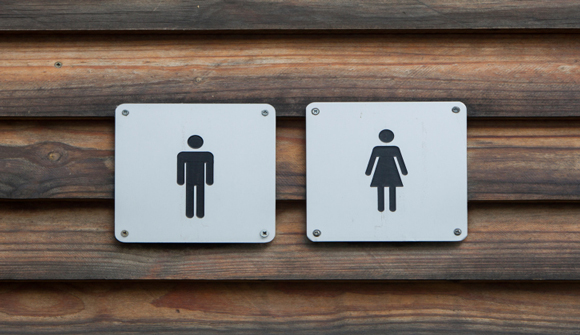 The term "social construction" has entered the popular culture and vocabulary without being clearly defined in people's minds. It refers to far more than merely deconstructing an idea or an institution, such as the court system, and then reconstructing it differently to serve a new vision. That process is merely the most visible aspect of social construction; it does not capture the theoretical underpinning of the term and its ultimate meaning.

The Social Construction of Gender

The theory that drives PC feminism reaches back to post-modern French philosophy which emerged in the 1940s and blossomed in the 1960s. (It is sometimes called post-structuralism.) Of the post-modernists, Michel Foucault probably had the deepest impact on gender or PC feminism. His popularity peaked in the late '60s and early '70s when PC feminism was radicalizing and absorbing the broader feminist movement, which had been liberal. Foucault's impact occurred despite a remarkable dearth of discussion about women within his writings. What he did discuss, however, was the relationship between sex and the body, identity and subject, power and politics. In the Internet Encyclopedia, Aurelia Armstrong, of the University of Queensland, explained, "Foucault's idea that the body and sexuality are cultural constructs rather than natural phenomena has made a significant contribution to the feminist critique of essentialism."

What was the core belief presented by Foucault and adopted by PC feminists? Foucault believed it was an error to view sex as a natural force; it was wrong to think of sex as a biological force, which those in power encouraged or repressed depending upon their assessment of its particular expression. Sex should be understood instead as a social construct that people in power defined. This is a fundamentally different statement than claiming that culture influences a person's experience of his or her own sexuality. Foucault claimed that culture defined a person's sexuality in the literal sense. In other words, sex was not biologically determined; it was established at its root by those who controlled the culture. In PC language, whoever controlled the narrative and texts of society, also controlled sexuality by defining it. The narrative and texts defined who and what a human being was.

The idea of sex as a social construct appealed to PC feminists who rejected "sexual essentialism"; this is the idea that an individual's sexuality has a basis in nature that includes drives, such as motherhood. This was part of rejecting the idea that a woman's role was somehow rooted in her biology. Even deeply felt sexual preferences such as heterosexuality are not biological, PC voices argued. Sexual preferences are entirely social constructs.

Indeed, a key reason PC feminists abandoned the word "sex" was because it was too closely associated with genitalia, which was either male or female. (With rare exceptions, it can be a combination of both.) Sex was too associated with the old narrative and texts. Instead, PC feminists adopted the more flexible concept of "gender" which was a sexual identity that could be constructed along a new vision. Thus, when Facebook recently offered users the opportunity to define their own gender, there were more than 50 options available. One example was "neutrois." This is "an umbrella term within the bigger umbrella terms of transgender or genderqueer." It includes "people who do not identify within the binary gender system (i.e., man/woman)."

It is not possible to understand the crusades of PC feminists without grasping the importance of the social construction of gender. They believe that men quite literally construct women's sexuality through the words and images men impose on society. The purpose in doing so is to keep women in a state of fear that facilitates their subjugation. Collectively, the engine of subjugation is called patriarchy, which is a combination of white male culture and capitalism.

Consider the PC crusade against porn. Patriarchy's purest expression or dominating "text" is said to be pornography through which a woman's sexuality is commercialized; she is reduced to an object that is used and sold. Pornography is the "text" of terrorism that men impose upon women. I used to debate PC feminists on pornography and argue for freedom of speech and the right of women to choose sex work. It took me years to understand that I was speaking gibberish to them. Their ideological framework defined pornography as a savage act, not as speech; it defined sex workers as victims who were brainwashed and terrorized into believing they had no choice. My argument for respecting a woman's "right to pornography" was akin to arguing to respect a prisoner's selection of which dinner to eat. Even if there were a "choice" between two items, the selection was a mere illusion and mockery of choice.

Thus, social construction serves an explicit political end. In her book, Gender Outlaw: On Men, Women and the Rest of Us, Kate Bornstein explained, "[M]en couldn't have privilege if there were no males. Women couldn't be oppressed if there was no such thing as 'women'…. The struggle for women's rights…is a vital stopgap measure until we do away with the system…. Gender fluidity is the ability to freely and knowingly become one or many of a limitless number of genders, for any length of time."

The prospect of endless gender was buttressed by the findings of Dr. John Money at John Hopkins. His work on the psychosexual flexibility of human beings at birth (and for some years afterward) was tremendously influential. It was also a tremendous fraud. Money illustrates the great harm inflicted by the rejection of biology in favor of ideology.

Money's fame rests primarily on one medical case. In 1965, identical twin boys were born to the Reimer family. One of them had his penis virtually destroyed in a botched circumcision. Without informing the Reimers that his procedures were experimental, Money used the injured infant as a gender experiment. The boy was fully castrated at 22 months old. Female genitalia were surgically constructed instead. The boy's name was changed to Brenda and he was raised as a girl with no knowledge of his former sex. When Brenda approached puberty, hormone therapy followed.

Although Brenda was constantly encouraged to act in a girlish manner, (s)he strongly resisted, tearing up her dresses and living in a state of constant turmoil. (S)he moved from school to school, psychiatrist to social worker with her frantic parents returning faithfully to Money for help. The experiment was a massive failure. Nevertheless, in December 1972, Dr. Money unveiled it as a triumph at an annual meeting of the American Association for the Advancement of Science in Washington D.C. Over a thousand scientists, feminists and reporters were fascinated by his proof that biology could be erased and gender created in its place.

Years later, Brenda was finally told the truth about her birth. (S)he responded, "Suddenly it all made sense why I felt the way I did. I wasn't some sort of weirdo. I wasn't crazy." The young man who had been Money's experiment had phalloplasty to restore his penis and later married a woman with children. He assumed the name David in order to symbolize his struggle with the medical Goliath who had almost destroyed him in order to prove a point.

Babette Francis of the Population Research Institute analyzed the experiment and its political impact. "Money's views on the malleability of gender identity was the established wisdom of the scientific community and particularly of the feminist movement…. Until David Reimer spoke publicly about his ordeal the medical establishment was reluctant to admit the dangers of current practice in treating intersex babies, their reluctance no doubt underpinned by their deference to the feminist movement, which, still stuck in a time warp, believes that one can produce an androgynous society by adopting 'counter-sexist' educational practices."

But understanding the power behind social construction theory is necessary to understand today's society. The obsession with which word is spoken, the battle over the "narrative" of education, the funding and celebration of "gender" choice, the dismissal of men as virtually another species and "the enemy," the contempt for conservative sexual choices such as the traditional family … The key to grasping these dynamics within society is to comprehend the importance of the shift from "sex" to "gender," from biology to social construction.

Perhaps part of the solution is to resume using the word "sex."