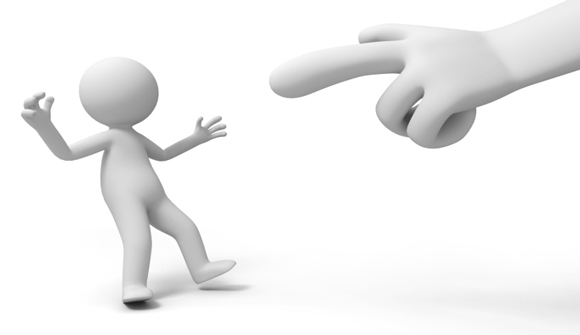 A rape culture dogma has been created in North America by politically-correct (PC) feminists who claim sexual assault against women is a systemic problem throughout society. It does not matter that rape is a heavily punished crime or that the mere accusation of it can destroy a man's career or life. Nor does it matter that both The Rape, Abuse and Incest National Network – the largest anti-sexual assault organization in America – and the U.S. Department of Justice, National Crime Victimization Survey (2008-2012) agree: The frequency of sexual assault has fallen more than 50% since 1993. The dogma of a rape culture is immune to evidence.

Instead, PC feminists confirm it through an aggressive hypersensitivity to virtually every word spoken in society so that confirmation of the rape culture is everywhere. Then they can use powerful government tools like Title IX of the Educational Amendments of 1972 to the 1964 Civil Rights Act, federal law prohibiting sex discrimination in educational institutions; but it only applies to systemic discrimination not isolated criminal acts. They then can call for radical change in society by deconstructing institutions and reconstructing them according to their own vision of a brave new world.

(Although details of its expression vary, the same dogma has roots in Canada.)

Every Accuser Must Be Believed!

On November 19, The Rolling Stone now famously ran a graphic 9,000-word article about an alleged gang rape at a University of Virginia (UVa) frat party in 2012. Only the article did not use the word alleged; the rape of "Jackie" was assumed as true. Nor were the alleged attackers called "the accused"; they were assumed as guilty. UVa's administration was virtually accused of raping the woman again by ignoring a report she claims to have made. The ensuing furor went global.

I stumbled over parts of the article and, early on, I advised an anti-sexual abuse group with whom I work not to endorse it as being either true or false. Why? Aspects did not seem credible. For example, alerted by a phone call from Jackie, her three best friends allegedly rushed in a "panic" to where she stood in a daze at a street corner after her gang rape. The hours and hours of powerful abuse left her battered, bleeding and bruised. Yet the friends argued her out of making a report because none of them would "be allowed into any frat party again" if she did. One of them, a female, asked Jackie why she hadn't laid back and enjoyed it. The 'best friends' also decided against taking her to a hospital. This description gave me pause.

Then, on December 5, The Rolling Stone caused another sensation. Facing growing backlash of skepticism and a possible lawsuit from the fraternity, it ran a de facto retraction. It stated, in part, "In the face of new information, there now appear to be discrepancies in Jackie's account, and we have come to the conclusion that our trust in her was misplaced."

A statement from the frat in question indicated significant discrepancies. For example, there were no parties on September 28, 2012 when the rape allegedly occurred. The gang rape was said to be part of a frat initiation but no pledges are accepted during the Fall. An 'attacker,' who was identified by name, never belonged to the fraternity.

In short, what's left is an inconsistent story that is mistaken about key details. In addition, as Mollie Hemingway observed in The Federalist: "We have no known hospital records, no police records, no corroborating eyewitness testimony, no discussion with the alleged perpetrators, no discussion with the three friends we're told saw her in the immediate aftermath, no discussion of physical evidence (e.g. What happened to the dress the victim wore? How bad are the victim's scars from the shattered glass? How were they treated?)."

And, yet, many PC feminists are attacking The Rolling Stone, the state of journalism and anyone who is skeptical of Jackie. Her story was becoming the centerpiece of a new crusade against the rape culture on campus, which would have almost certainly tried to close down the fraternity system. The rape culture zealots must champion every accuser or their worldview begins to crumble. Their onslaught needs the face of a victim in order to appear righteous; otherwise, it's revealed as vicious.

Great and careful attention has focused on making sure the "UVA Rape Hoax," as it is being labeled, does not prevent women from reporting rape. Frankly, I believe it will encourage more reporting by women who see the importance of launching an investigation while evidence still exists.

Next to nothing has been said of the article's portrayal of an entire fraternity as a rape house. The entire frat was named and accused of a serious felony that was committed with stomach-turning sadism. The article began the rape scene by relating, " 'Grab its [Jackie's] motherf***ing leg', she heard a voice say. And that's when Jackie knew she was going to be raped." Arguably, nine members of the fraternity were accused of some involvement, which would make the house packed with sociopaths.

The fraternity was closed. The frat house was vandalized and the members now reside elsewhere due to fears for their safety. Some male students have been identified by name.

And, yet, at no point did the article's author or The Rolling Stone reach out to the fraternity for corroboration or comment. Nor did the magazine apologize specifically to the fraternity. Its retraction was directed to "readers" and, in a vague manner, "to anyone who was affected by the story." That's not good enough. The Rolling Stone and mainstream media should stand up for those they libeled. For once, they should at least pretend that brutalizing young men is as serious a matter as brutalizing any other human being.

The named fraternity and the general frat system has been relentlessly slandered without a chance at self-defense, a voice, or the apologies they deserve. This is because there is a profound bias against fraternities; the same bias prompted people to swallow every word published in The Rolling Stone's first article. Frats are cast as bastions of the rape culture on campus – case closed. Asking for fairness for them becomes the equivalent of showing unfairness toward rape accusers who are automatically credible victims.

Justice requires the recognition of two simple facts: People lie and people are mistaken. The average person bends the truth only occasionally, perhaps because he weighs possibly unpleasant consequences such as the loss of reputation. Some people are pathological liars whose words can never be trusted. In general, people are more inclined to lie when there is some advantage such as financial profit or revenge. The list of motives is long and varied.

Criminal justice is organized around the human proclivity to lie or be mistaken, which means an accused must have common sense protections. For example, the right to face an accuser removes the anonymity that makes lying much easier. The defendant is presumed innocent until proven guilty, with the burden of proof resting on the shoulders of an accuser, not the defendant. Trial by jury means 12 representative people must agree on the facts and the veracity of an accusation. In criminal cases, the standard of "beyond a reasonable doubt" is applied in order to preclude other possible explanations or doubts before a defendant is judged guilty. The need to screen out lies and mistakes becomes all the more important in cases, like sexual assault, that devolve to a "he said, she said" scenario.

But the ability of male students accused of rape to defend themselves has been systematically stripped away, and that process continues. Arguably, the push began in April 2011 when the Department of Education's (DOE) Civil Rights Office wrote to campuses across America. If the universities wanted federal money, then they needed to adopt new standards on how to adjudicate sexual assaults. An accused was to be deprived of due process protections such as the presence of legal counsel and the right to cross examine an accuser.

The most controversial change reduced the standard of evidence required to ascertain guilt. Instead of using "beyond a reasonable doubt" (99% certainty), campus hearing boards were ordered to use "a preponderance of the evidence" (51%). The federal pressure has been ramped up. In early November, the DOE pursued Princeton because it was one of the last campus hold-outs on jettisoning "beyond a reasonable doubt." As part of a settlement, Princeton agreed to lower its standards.

The hot debate on these and other new standards means that neither side – PC feminism or the men's rights movement (for want of a better term) – will back down. The former believe they are protecting daughters; the latter want to protect sons. Many of us believe the campus conflict between protecting both is largely manufactured.

For one thing, it could be resolved by taking rape investigations out of the jurisdiction of administrators with vested interest and turn them over to police departments.

The slandered fraternity may take one of the few paths still open to male students who seek exoneration: a lawsuit against The Rolling Stone. Indeed, they are already speaking collectively through a lawyer. If so, the frat would be using the same strategy as several dozen other students who have been accused of sexual assault; they are suing for "wrongful prosecution" and denial of due process. A lawsuit against The Rolling Stone would be fought on different legal ground but the underlying issue would be the same: a demand for just treatment of male students accused of rape.

To maintain the myth of a rape culture, however, PC feminists must continue demonizing men and believing all women – except, of course, for the women who disagree. The media fully cooperates in the demonization but rips are appearing in the blanket-belief of accusers upon which the rape culture dogma may live or die.