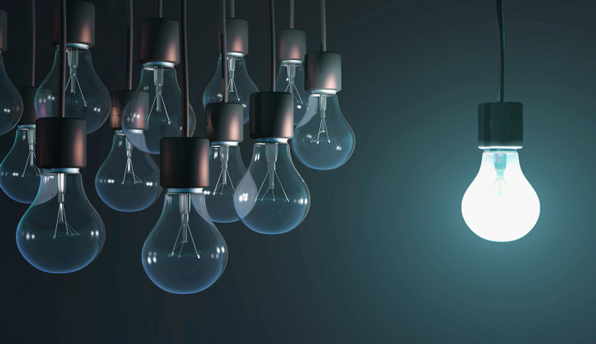 EDITORIAL
What is Individualist or Libertarian Anarchism?
By Wendy McElroy - April 24, 2014

For many people, the personal path to freedom is anarchism. It is not merely a political position but also a profound understanding that the natural state of man is freedom.

The most common definition of "anarchism" is "without the state." Anarchism views the state as a criminal organization that claims a monopoly over a specific territory and compels obedience from everyone residing there. It is the institutionalization of force. When anarchism looks at the state, it does not see 'services' for which people are taxed in payment. State 'services' are actually forms of theft and force. This is true even of the post office, which some consider benign. By claiming a monopoly over forms of mail delivery, the state robs those who wish to compete of opportunity; it forces people who need first class mail to become 'customers' whether they wish to or not.

Defining a political position by a negative is a losing proposition. People want positives in their lives, and properly so. What positives does anarchism offer?

The easiest way to grasp the positive beauty of anarchism is to realize that it is how most people conduct their daily lives. They live without the state and without realizing the fact. Anarchism is how they function with family, friends, business associates and even strangers.

When an average person wakes up in the morning, no law forces him to feed his children breakfast or to kiss his partner rather than beating her; he does so from familial bonds of love and affection, without thinking about it. When he carpools with friends to work, he doesn't need the presence of a policeman to keep him from picking their pockets, nor does he fear for his own wallet. As he moves through the day, no bureaucrat hovers to make sure he pays for a cup of coffee or contributes his share to the lunch tab. As he walks down the street, he doesn't punch random strangers in the nose or grab an old lady's purse. In driving home, it is not fear of the state that prevents him from running down pedestrians or shooting them from the driver's side window.

It is civil society that does so. Civil society is naturally peaceful because it consists of voluntary exchanges rather than forced ones. It is from civil society that men acquire the habits and rewards of cooperation. Otherwise stated, most individuals already deal with each other as though they live under anarchy. As the peace activist Ammon Hennacy once said, "An anarchist is someone who doesn't need a cop to make him behave."

It is the state and other more common criminals that introduce force into daily life. The state arrives in the form of monopoly law that is enforced at the point of a gun. The state tells a person, "you cannot open a business because it would compete with us or with a state-favored corporation"; this means "your property is not yours to use but ours to administer." The state steals a person's earnings to support ventures which may repulse him, such as war; this means, "your money is ours to spend as we choose, and your conscience does not matter." The state requires obedience to a myriad of nanny laws that trivialize an individual's right to choose anything at all, down to which food he can chew; this means, "your obedience is mine."

Anarchists tell you, "your property is yours," "your money and soul are your own," and "do not recognize the state's authority." Comply if you must but never forget the injury that is the state.

Why are there different traditions within Anarchism?

Traditions within anarchism agree that the state is an institution of organized force and so should be eliminated; that's what unites them. They disagree, however, on what constitutes institutionalized force and what a society without it would look like.

Contrast the approaches of communist- and (contemporary) individualist-anarchisms.

Communism views laissez-faire capitalism as a form of theft. One reasonis "surplus value." This concept refers to the value created by workers that is in excess of their labor and production costs. Simply stated, a factory worker earns $1 a week and uses raw material that costs $1 to produce a good that sells for $10. According to communist-anarchism, a new "surplus value" of $8 has been created by the worker but goes into the pocket of the capitalist factory owner

because he is able to appropriate or steal it. He can do so because he owns the means of production, which is protected by the muscle of the state. Thus, capitalism is irrevocably entangled with the exploitation of workers and the violation of their rights. To such leftists, anarchism is both anti-statist and anti-capitalist.

Contemporary individualist-anarchism challenges that interpretation. It looks at the same factory worker and owner, and sees a consensual relationship, The worker is paid a wage to which both parties agree and from which both benefit. The profit that the capitalist receives is in exchange for the risks of doing business, for the continuing investment of capital and for his oversight. As long as the state does not promote the capitalist's profit – for example, by granting him a monopoly – then no force or fraud is present. There is only the free market and voluntary exchange.

If the state does intervene by passing laws that favor or harm a business, then the arrangement ceases to be free market and becomes crony capitalism. This is an arrangement in which the state and specific businesses align to their mutual advantage. The ones who suffer are workers, competing businesses and consumers. Thus, to individualist anarchists, anarchism is anti-state and anti-state cronies. It is pro-free market, which includes laissez-faire capitalism.

The profound disagreement over the free market has implications for key concepts used by both forms of anarchism. For example, communist- and

By contrast, individualist anarchism defines class affiliation by referring to a person's relationship to state power; he either cooperates with others on a voluntary basis (society) or he uses force (the state). You are a productive member of society or you are a criminal. Individualist anarchists view the two classes – society and the state – to be locked in irresolvable class warfare.

Thus, even though all forms of anarchism reject the state as organized force, they can profoundly disagree on what constitutes organized force. Otherwise stated, when you are dealing with what has been called "hyphenated anarchism," look most closely at the word to the left of the hyphen. It will reveal the nature of the anarchism.