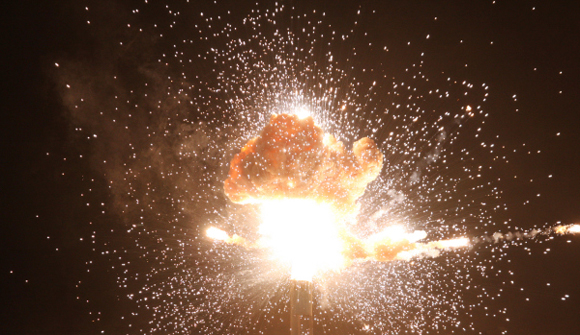 EDITORIAL, Gold & Silver
Treasuries and Derivatives Blow Up? So Where Do You Go …
By Anthony Wile - May 12, 2012

Here's some interesting news along the lines of "man bites dog." According to a recent Reuters article, US financial advisors are actually growing leery of US Treasury bonds.

This is almost unheard of and one could certainly make a case that it is a sign of most unsettled times. Ordinarily, financial advisors, especially those in the US, are disposed to provide Treasuries for most every ill.

They are seen as repositories of value, security and liquidity – and this perspective has been preached relentlessly to the average US consumer. And yet now we now find a much different perspective, being reported by Reuters:

It's the newest market riddle: where do you go for safety when the traditional option could be in a bubble?

With fiscal problems in Europe once again leading to sharp drops in global stock markets, many investors are seeking out stable assets that can both protect their principal and generate an income stream to keep up with inflation.

Yet the most obvious choice – U.S. Treasury bonds – offer historically low yields. The benchmark 10-year Treasury yields 1.90 before taxes, well below the 2.26 percent annual rate of so-called "core" inflation, according to the U.S. Consumer Price index.

"We regard Treasuries as something close to a bubble where people could lose an incredible amount of money," said Ron Weiner, president of RDM Financial Group in Westport, Connecticut.

If Treasuries are in such demand that some advisors refer to their current positioning as a "bubble" then where else is there to go? Eagerly, we scan the article for some mention of precious metals – assets that have outperformed almost anything else in the past decade.

Not much luck, though. We find this statement, instead: "Rather than dig deeper into U.S. government debt, financial advisers and money managers are expanding the scope of their fixed-income holdings. They are taking a look at non-traditional assets like seaports, master limited partnerships and preferred stocks."

Again, we see a kind of elite dominant social theme emerging here. The idea, perpetually, is that money metals are not relevant when it comes to building a "serious" portfolio.

The powers-that-be that have orchestrated the current central-banking driven economic environment are perpetually focused on paper products and digital wealth.

We can see this when it comes to the products traded even by the very largest Wall Street firms – especially given the tremendous losses announced by JPMorgan on Thursday, some US$ 2 billion in trading losses due to "errors, sloppiness and bad judgment."

What were the culprits? Why … "derivatives," of course. Wall Street has become a casino where the most abstruse and unnecessary products are traded with dangerous regularity.

Only an endless stream of monopoly paper money can justify and in fact create the products and services that Wall Street has jammed down the naïve throats of investors young and old over the past half-century or so.

These "investments" were characterized in aggregate as "keepers" that would allow individuals to retire with full security within a reasonable time span. It hasn't worked out that way.

It was to the benefit of the top elites to keep people thinking that the current system would provide for their needs – because those at the very top have controlled the system via its emphasis on paper, complexity and transparency.

Those who want to run the world have little enthusiasm for commodity-based money and the freedom it offers. This group has little enthusiasm, even, for ordinary investments and has spent much time and energy promoting bigness as an antidote to potential risk "events."

Another solution is increased regulation – also a form of bigness as big government solutions are then to be applied to the big risks inherent in big-time Wall Street trading.

Missing from this mix is the smaller, more modest investment, the one that can be adequately analyzed by an individual without the help of the gigantic machinery of number-crunching banks and the brilliant algorithms of the "masters of the universe."

Get away from bigness and there are certainly opportunities to be had in the market even now. There's no knowing how high gold and silver may travel and other paper-oriented investments that partake of these money metals.

Then there are ordinary, understandable investments that people can consider. These are not necessarily technological masterpieces of design or financial products of any kind.

Instead, they are simple-to-understand investments secured by actual results and available in the marketplace in ways that are innovative without, perhaps, being exceptionally risky.

There is no doubt, it seems to me, that the investment paradigms of the past half-century are fading away. As the problems of monopoly central banking continue to grind down real economies around the world and as the Internet itself informs people of realities hitherto hidden, a new investment paradigm may eventually emerge.

Who knows what it will look like or what it will emphasize? But I would tend to believe that it will be one less encumbered by the double-speak of Wall Street intermediaries with their vested interest in continuing to avoid explaining business cycles and monetary inflation.

Times are tough now and no doubt getting tougher – but this is something worth looking forward to: a little more honesty in the financial conversation!

It won't happen because people at the top have chosen to have such a conversation. But it may be forced upon them. And that will be of benefit to the rest of us.