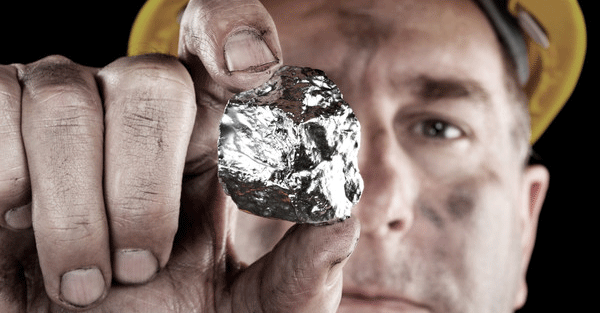 3 Reasons Why Silver Will Rally Higher … Like Warren Buffett, I have a disdain for gold as an investment but remain attracted to silver. For many investors, this appears hypocritical given that both are precious metals with closely correlated prices.  However, silver, unlike gold, has considerable utility. It’s widely used in a range of industrial processes, thereby giving it the characteristics of a commodity as well as a precious metal.  For these reasons and more, I believe there are signs that silver is poised for an epic rally. –Motley Fool (Canada)

When even a mainstream investment website like Motley Fool is suggesting that silver is a good investment, it’s time to take silver seriously.

Of course Motley Fool Canada has probably touted silver before. But we’re starting to recognize a larger trend here.

So this is something new.

When it comes to stocks, bonds and other financial instruments, the mainstream media is cyclically positive. And the cycles can last a long time.

Even when stocks or bonds are out of favor, the rhetoric indicates that sooner or later they will resume their upward trend.

Not so, gold and silver.

These money metals can be punished endlessly by the mainstream media at the behest of international bankers behind the scenes.

These bankers control the world’s central banks and they don’t like gold or silver because money metals are not easily controlled.

They have to be dug up, refined and circulated. These days, fiat money is mostly digital. You can press a button and create a trillion dollars in a second.

Creating a trillion dollars’ worth of gold is considerably more time consuming, if it can be done at all.

So there has to be a significant reason for the mainstream media to come out in favor of silver.

Firstly, despite the recent surge in the price of gold, the price of silver continues to lag behind its more valuable relative.  This becomes quite apparent when examining the gold-to-silver ratio, which essentially expresses the value of silver relative to gold.

Over the last two years the ratio has deteriorated considerably, falling from 66 ounces of silver to buy one ounce of gold to now require 74 ounces, indicating that silver is heavily undervalued relative to gold.

The article goes on to cite two more reasons why silver will rise. Industrial demand for silver is stronger and stronger. Unlike gold, silver has a lot of uses, especially in electronic technology. It is the most “electrically conductive of the metals.”

Silver will also – supposedly – benefit from expanded demand for renewable sources of energy. It is used extensively in solar panels because of its conductivity. China has plans to increase its solar capacity five-fold.

Now it is true that one can purchase and take possession of silver in order to ride the silver boom. But there are paper-based alternatives.

Historically, some of the most promising paper-based alternatives involve junior miners.

Junior miners can be terrible investments because they can fall out of favor for decades.

But when they are in favor, they really sizzle. And when the sector itself begins to take off, any miner of prominence can double or triple its paper value – or more – in a very short period of time.

In the late 1970s, many investors who anticipated the junior mining trend became very wealthy.

Now, the trend seems to be heating up again.

Here at The Daily Bell, we just introduced a junior mining sponsor, our first ever.

It is called Golden Arrow and is a Vancouver-based explorer with promising projects in Argentina.

We just did an interview with CEO Joe Grosso that you can see HERE.

Golden Arrow’s current focus is on advancing its flagship Chinchillas Silver Project located in Jujuy moving rapidly towards production with our partner Silver Standard. The Chinchillas discovery is our third major discovery.

Golden Arrow seems to have a good track record and Silver Standard has a reputation for being a significant factor in silver mining.

If Golden Arrow and Silver Standard can become successful partners by expanding a silver discovery in Chinchillas, then the upside might be notable – and profitable.

For one thing, Golden Arrow would suddenly become a producer of silver as well as an explorer.

We would urge any interested in finding out more to read the interview we just conducted.

Money metals are accruing in value relative to the dollar and other investments. Billionaires like George Soros and Carl Icahn have begun staking positions in gold.

We may not be big fans of these billionaire investors, but we don’t doubt they have significant insights into how the West’s economy will play out over the next few years.

The value of silver miners is to some degree driven by the “story” being told and also by the ability of those marketing the firm to attract attention.

Right now, when it comes to Golden Arrow, the story is speculative – because no one knows how it will turn out. Partially, as a result, Golden Arrow is attracting attention.

Of course, there are plenty of risks involved with Golden Arrow, as there always are with juniors. You’ll need to do your own due diligence. But in the right environment, with the right story, there can be impressive gains. It’s happened before.

Conclusion: As gold and silver begin to move, and over time surely they will again, additional junior miners will come to the fore as interesting propositions. Miners are likely still cheap, relatively speaking, and silver has a long way to travel to reach parity with its historical ratio. Whether you are invested in juniors or not, silver should be considered for at least a modest part of your portfolio along with gold.