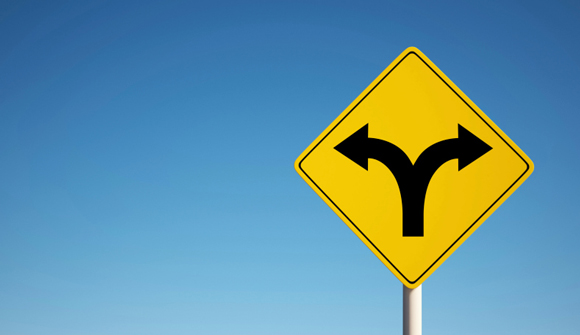 U.S. Economy Still Missing: 3.9 Million Prime-Age Jobs … Today's U.S. jobs report, which showed nonfarm payrolls increasing by a meager 142,000 jobs and the unemployment rate falling 0.1 percentage point to 6.1 percent in August, will undoubtedly rekindle a familiar debate: How much more should the Federal Reserve do to put people back to work? – Bloomberg

Dominant Social Theme: The Federal Reserve needs to step up and build as many jobs as necessary.

Free-Market Analysis: Imagine taking bits of colored paper, making more of them and then waiting for jobs to appear. One has little to do with the other, but according to a steady stream of articles in Bloomberg and the rest of the mainstream media, such an act leads to an inevitable result: additional employment.

This is a kind of mass delusion, isn't it? The printing of fiat currency does not of itself stimulate the entrepreneur, create opportunities that can be leveraged or generate companies that have the wherewithal to do so. One is a mechanical function of the printing presses. The other is the result of considerable human action and the application of ingenuity, courage and concentration.

The printed money is not provided to entrepreneurs in any case. It is funneled to a distribution channel of commercial banks. It is these banks, often with distressed balance sheets, that are to provide the mechanisms for economic growth.

Bank officials are to utilize the funds they receive to make judicious decisions about potentially promising ventures. Of course, the digital currency that banks receive is encumbered by a rate of return. The bank doesn't need to make any loans to make money.

And then there is the issue of whom to give the money to. It is a good deal safer to provide the funds to a large multinational than to a modest start-up.

And so, the money goes from bigness to bigness. Multinational corporations often find that the most profitable use of funds is in the financial sector, not in building or expanding businesses in a time of malaise. The currency flows into securities marts and does little or nothing to influence the growth of employment.

This is what bits of colored paper inevitably "buy." The elevation of securities marts.

It has little or nothing to do directly with the revivifying "animal spirits" of the larger economy. You won't learn that from the Bloomberg article, though:

Given the scant evidence of inflationary pressure and the still-woeful state of the job market, it's preferable to err on the side of doing too much. An unemployment rate of 6.1 percent doesn't sound especially woeful – but that's just one indicator, and it's not the most revealing.

Consider, for example, how far employment among people in their prime working years remains from "normal," or the level that prevailed before the last recession. As of August, about 76.7 percent of people aged 25 to 54 were employed, according to seasonally unadjusted data from the Bureau of Labor Statistics. That's a significant improvement over August 2011, when the employment-to-population ratio was at a low of 75 percent.

Some economists are doubtful that the Fed's stimulus efforts can get employment back up to pre-recession levels without generating too much inflation. Their position should be held to a high standard of evidence, particularly given that there isn't much inflationary pressure visible in the available data – including wage growth in the August jobs report. Those who would give up on getting back to normal must accept both the suffering of millions of people and a permanent impairment of the economy's ability to generate higher living standards

This article presents concern about the state of the current US economy. But like so many mainstream articles, its facts are shaky and its diagnosis is dishonest. The unemployment rates cited woefully undercount the actual numbers of people who seek employment without success. And the prescription for economic growth, as we've shown above, rests on printing money – actually creating digital currency – and there is no evidence that such a process has ever proven effective.

When marts are rising, money printing can add measurably to the euphoria. But when economies have broken down and people are unwilling to spend or invest, Keynesian economics "pushes on a string."

It didn't bring the US or the world out of a depression in the 1930s. It's not going to do so in the 21st century, either. The only thing it CAN do is raise the rate of inflation which, in turn, creates asset bubbles.

People point out that there is no price inflation despite compulsive central bank currency creation. But this is an observation that must willfully exclude reality. A "house" in Palm Beach, Florida just listed for over US$150 million. This is considered a speculative price; in fact, it is asset inflation. The stock market moves from high to high (for now anyway) but this is seen as a function of the economy rather than of currency production.

Keynesianism can produce asset inflation but not much else. It is a historical promotion – a meme. All over the world academics argue its merits and pound out millions of words about its effectiveness. But it is a chimera, a sham. It doesn't work in the West and there's no evidence it ever has. It doesn't work in Asia, either.

Here's part of a report from AP that just appeared:

The earlier estimate showed the economy contracting 6.8 percent. The recovery of the world's third-largest economy has slowed following the increase in the sales tax to 8 percent from 5 percent on April 1. "Theoretically, there should be no impact from the consumption tax increase on corporate spending or long-term corporate planning, but a large number of Japanese corporations seemed to see a large impact from the hike on final demand," said Junko Nishioka, an economist at RBS Japan Securities in Tokyo.

The economy grew at a seasonally adjusted annual rate of 6 percent in the first three months of the year. In quarterly terms, the economy contracted 1.8 percent in April-June from the previous quarter. Prime Minister Shinzo Abe has championed an aggressive stimulus program aimed at ending chronic deflation that has discouraged corporate investment and dragged on growth. But a sustainable recovery will require strong corporate and private spending, since exports and public spending have so far done little to lift growth.

Business activity surged early in the year as consumers and businesses stepped up purchases to avoid paying more tax, and economists forecast a rebound in coming months. "We are not that pessimistic for the future picture of the Japanese economy," Nishioka said, forecasting a "V-shaped recovery," supported by stronger wage growth. Conditions remained weak in July. Real incomes fell 6.2 percent from a year earlier and household spending dropped.

Abenomics is yet more evidence of the bankruptcy of the Keynesian methodology. The central bank of Japan printed aggressively and … the stock market went up! No difference in the West, mind you. Printing money creates asset inflation. It cannot do otherwise, though thousands of "prominent" economists with standing at major universities will debate the point endlessly.

Japanese monetary policy has a fiscal prong as well. It is not enough to press a button and add to the digital money stock. Part of Keynesian policy involves taxation. Abenomics created additional "money" and then, to fund more state activism, taxes were raised.

Again, the result has been predictable. While asset bubbles inflated, the economy collapsed. A seven percent contraction is surely significant, though the AP tends to minimize the downturn as aberrant and reversible.

In fact, it is common sense that is lacking. Make more of something and you tend to devalue it. Confiscate wealth and wealth grows more slowly or collapses. These common sense observations are held in abeyance. Policymakers and academics have created an empyrean fantasy.

It is ubiquitous and false. US$50 trillion has apparently been printed by central banks around the world since the beginning of the latest financial crisis. Yet Europe is worse off, Japan has not emerged from its difficulties and the US, despite a good deal of talk about a "recovery," hasn't generated the expected number of jobs, given the resolute application of monetary stimulation.

The Bloomberg article calls passionately for additional money printing to generate the requisite employment. But this is a cry in vain, uttered in the dark. The action has nothing to do with the intended result. Historically, there is no evidence that the two are linked.

Keynesianism – socialism really – is a justification for state action. It has little or nothing to do with actual economics, which is the study of human action and how human beings relate to one another within the context of the "Invisible Hand."

The Wall Street Party will continue (until it doesn't), not only in the US but around the world. This is the result of applied Keynesian economics. It will enrich the rich until the collapse comes. And then those who have implemented these policies will try to apply them on an even larger, global scale.

Rhetoric and reality have long since diverted. The only question remaining is whether the current level of ignorance and deceit is purposeful or merely the result of a series of disastrous coincidences leading to the triumph of bad ideas.

Keynes once observed that, "in the long run we are all dead." Please note: Bad ideas eventually die, too.