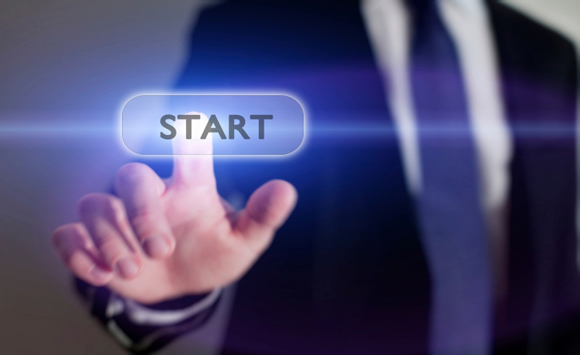 Can central bankers succeed in getting global economy back on track? … Why is the world economy still so weak and can anything more be done to accelerate growth? Six years after the near-collapse of the global financial system and more than five years into one of the strongest bull markets in history, the answer still baffles policymakers, investors and business leaders. This week brought another slew of disappointing figures from Europe and Japan, the weakest links in the world economy since the collapse of Lehman Brothers, despite the fact that the financial crisis originated in the United States. But even in the United States, Britain and China, where growth appeared to be accelerating before the summer, the latest statistics — disappointing retail sales in the United States, the weakest wage figures on record in Britain and the biggest decline in credit in China since 2009 — suggested that the recovery may be running out of steam. – Reuters

Free-Market Analysis: We expect Reuters to write about the economy from a central banking point of view and this editorial doesn't disappoint. But it also gives us a different perspective on a recent speech by Stanley Fischer, the vice-chairman of the US Federal Reserve.

Fischer, we are informed, intended to send a message that central bankers were not going to be mere bystanders when it comes to economic low-growth. They intend to do something about it.

This is an important point.

Admittedly, we didn't come away with this message when examining Fischer's speech as we did a few days ago.

But this Reuters editorial buttresses its analysis by reporting on how the head of the Bank of England, Mark Carney, added his own perspective two days later to reinforce certain parts of Fischer's message. It also makes the point that Mario Draghi, president of the European Central Bank, has indicated in recent statements that his perspective is similar to Fischer's.

Astonishingly, both Carney and Draghi were students of Fischer's when he taught at MIT. This is not only a powerful triumvirate, it is one that is probably in substantial accord when it comes to larger policy issues.

At the time we discussed the article, we focused on how it was crafted in part to absolve central bankers from current economic difficulties. Fischer had done what central bankers often do, which was to avoid causation by describing current events in detail. But according to Reuters, Fischer was also focused on sending a message that growth was to be boosted with sufficient force "unto the day."

Central bankers intend to win this battle. Here's more from the article itself:

As Stanley Fischer, the new vice chairman of the Federal Reserve Board, lamented on August 11 in his first major policy speech: "Year after year, we have had to explain from mid-year onwards why the global growth rate has been lower than predicted as little as two quarters back. … This pattern of disappointment and downward revision sets up the first, and the basic, challenge on the list of issues policymakers face in moving ahead: restoring growth, if that is possible."

The central message of Fischer's speech — that central bankers and governments should try even harder than they have in the past five years to support economic growth — was closely echoed by Mark Carney, the governor of the Bank of England, at his quarterly press conference two days later.

This consistency should not be surprising: Carney was Fischer's student at the Massachusetts Institute of Technology in the 1970s — as, even more significant, was Mario Draghi, president of the European Central Bank. Because of Fischer's influence on other central bankers, as well as his unparalleled combination of academic and official experience, he is probably now the world's most influential economist.

When President Barack Obama appointed him vice chairman of the Federal Reserve, Fischer was widely viewed as more hawkish than Chairwoman Janet Yellen. He was considered a restraining influence on her instinct to focus on jobs and growth rather than inflation control.

So investors and business leaders should pay attention when Fischer makes his first major speech a call for more explicitly growth-oriented monetary policies — a call that other central bankers are already heeding.

Carney made this clear when he surprised financial markets by revealing no hint of anxiety about inflation or financial bubbles. He instead reiterated the Bank of England's interest rate policy of "lower for longer" than almost anyone expects. To the chagrin of currency traders, who had been buying sterling on the assumption that Britain would be the first major economy to raise interest rates — perhaps as early as this year.

Even at the European Central Bank, the once taboo idea that monetary policy can be used to stimulate growth is suddenly open for discussion — if not yet conventional wisdom.

While this may not be clear from the speech itself (most central banking statements are not exceptionally clear) one can add in Carney's remarks and Draghi's "policy statements" to arrive at the interpretation that the world's most powerful central bankers are readying more powerful stimuli to try to shake Western economies out of their doldrums.

The gist of Fischer's speech is unmistakable, according to the Reuters article: "Restoring pre-crisis growth rates should be possible — but only if economic policy is reformed to deal with three issues that have been treated as taboo, especially among central bankers" …

Was Fischer's speech part of a larger message – that central bankers intend to inflate dramatically? They are not worried about bubbles, as Janet Yellen indicated not so long ago.

They are, apparently, determined to expand the asset values of what we call the "Wall Street Party." And this is not merely a central banking gambit. Over at the UK Telegraph comes words that multinational corporations are sitting on US$7 trillion in assets that need to be put to work.

One might wonder where these assets came from. The short answer is that they were printed by central bankers as part of the larger printing spree of some US$50 trillion over the past six years. And now, we hear, these assets are about to be put to work.

Here, from the Telegraph:

Investors are urging companies to put their billions to work and start spending … The world's corporate giants are poised to tap into record cash reserves and possibly embark on a long-awaited spending spree, fuelling hopes of a massive boost to the global economic recovery.

Companies, together with private equity firms, are coming under mounting pressure to delve into a global cash mountain of $7 trillion (£4.1 trillion) that has been amassed since the dark days of the financial crisis.

As the economic recovery gets under way and factories begin to operate at full capacity, investors are growing increasingly frustrated at more than half a decade of prudence, pushing chief executives to loosen the purse strings, experts believe.

"Capital spending could increase as early indicators show that industrial companies are beginning to run at higher levels of capacity than has been the case over the last five years," Dennis Jose, senior global and European equity strategist at Barclays, said. "When factories and the like are running at less capacity on the back of lower demand there is very low capital expenditure."

Ever since the recession ended and the economy has picked up, many have continued to hoard cash leading to growing calls from investors to deploy cash reserves, which earns low returns sitting on balance sheets. Governments too are calling for a loosening of the purse strings to help propel the economic recovery, which is showing signs of stalling in many parts of Europe.

The bulk of the cash is held by 5,100 of the world's biggest companies, which had combined reserves – cash and short-term debt – of $5.7 trillion as of the end of 2013, according to Thomson Reuters Datastream. The cash pile total excludes financial companies such as banks and insurers, who are required by regulators to hire capital. Corporate America dominates the pack with about $2 trillion at its disposal, led by a clutch of tech titans.

… Those companies are now expected by their investors to put the money to work, which is crucial to there being a pick-up in business investment in order to stimulate the world economy.

Notice the imperious tone of this article. Companies are "now expected" to put money to work. And why? Because the recession is over! (Assert something long enough and people may begin to believe in its reality.)

We often write about directed history, and this is a good example of how such history might be orchestrated. Central banks have been busy printing money for six years with no apparent result (as one cannot push on a string). But now the globalists orchestrating this command-and-control economy (is there another description for it?) are growing more impatient.

Central bankers will continue to print (the heck with asset bubbles) and now the world's largest multinationals – already the recipients of central banking largesse – will be told that it is time to "reinvest."

As always, one needs to look at what Western leaders are doing, and saying, in aggregate. When married to other statements that have now emerged, it seems as if Fischer's speech was a further enunciation of an impending aggressive approach – or even MORE aggressive.

We keep writing that this Wall Street Party may last longer than people expect, despite the idea that a crash is imminent in the fall. We'll see about that. Fischer, Carney, Draghi as well as certain industrial captains may have a different idea in mind …