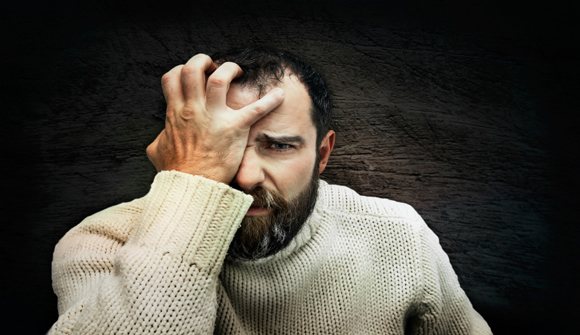 Mario Draghi cannot launch QE without German political assent … It is surely wishful thinking to suppose that the ECB is ready to launch full-fledged QE, given its political make-up … Mario Draghi's comments on the eurozone economy at Jackson Hole have put him in direct conflict with Berlin – UK Telegraph

Dominant Social Theme: These last five years have been a problem, but now you can smell the hope and change.

Free-Market Analysis: We've written regularly about the difficulties with the EU for years and what's astonishing is that almost all of our predictions about its dysfunctional nature – and predictable results – have been realized, and yet the EU staggers on.

There were even, as we anticipated, street demos and open rebellion in parts of the EU at the height of the current crisis. Athens was bloodied and Spain, Italy and Portugal among other countries saw serious unrest, especially among youth. And yet, surprisingly, the EU withstood the blows primarily through the use of uncompromising political, civilian and military force. The elites were not afraid to "crack heads."

It is Southern Europe that has borne the brunt: Taxes have risen, services have been cut and formal employment has never returned. Young people have little work; older workers cannot trust the vaunted EU safety net. Retirements have been put off. Poverty has risen.

Enter Mario Draghi and the Eurocrats once again to salvage a continually unsalvageable mess. Draghi intends to print lots of money in order to buy securities in the open market, presumably including national and EU debt.

Printing money will solve none of Europe's real problems any more than it has solved the US's problems. But European "QE" has been reported the same way that previous European rescue plans were reported, with a great deal of excitement and in detail.

The only trouble is that – as this Telegraph article points out – it is highly unlikely that Draghi can replicate US QE because of the "German problem."

The German problem is simple enough. Founding EU documents forbid Draghi from doing what he has recently announced he intends to do, at least to the degree he wants to do it.

These documents were written in a certain way to appease German officials and more importantly, the German public. German workers and even those belonging to the German political class don't want massive euro inflation that will undo the savings of its citizens and unbalance the larger German economy.

In a sense, Brussels and the ECB seem to be operating in a parallel universe – maintaining one position when reality instructs us of another.

Are the top men of the EU merely trying to look busy in the hopes that the economy will "heal itself"? What actually are they trying to accomplish? More on this below.

First, a further excerpt from the article:

Global markets are behaving as if quantitative easing were a done deal in the eurozone. They are betting that the European Central Bank will pick up the baton from the US Federal Reserve in a seamless transition, keeping the world's monetary system smoothly supplied with liquidity as Fed winds down QE in October. The Eurostoxx 50 index of equities is up 8pc since mid-August in spite of the EU showdown with Russia.

Belief that the ECB will soon sweep into crowded bond markets on a vast buying spree is a key reason why yields on 10-year German Bunds have broken all records, falling to 0.88pc last week, with French yields down in lockstep to 1.23pc. Yet there is in fact no stimulus, and nor is there likely to be much for a long time.

Europe's policy settings continue to be contractionary. Company loans are still shrinking at a rate of 2.3pc. Inflation has dropped to 0.3pc, and factory gate prices have fallen 1.1pc over the last year. France's Francois Hollande is pushing through €50bn of austerity measures over three years to comply with EU rules, guaranteeing mass unemployment through his presidency.

Italy's Matteo Renzi is caught in the same vice, forced to keep cutting in order to plug a budget largely caused by a triple-dip recession and near deflation – themselves the result of ECB policy.

Even Germany has stalled. There is no recovery in sight. Eurozone retail sales fell in July and consumer confidence dropped to a six-month low in August. Lena Komileva, from G+Economics, calls it "a self-sustaining public, bank, business and consumer balance sheet contraction", replicating the onset of Japan's Lost Decade.

Nothing is actually being done to break free of this suffocating dynamic. It is surely wishful thinking to suppose that the ECB is ready to launch full-fledged QE at its meeting this week, given its political make-up, or that it will signal action over coming months on a big enough scale to pull Europe of out structural depression.

Some have construed Mario Draghi's call for fiscal stimulus at the Jackson Hole conclave two weeks ago as a radical shift in EMU policy, heralding a reflationary blitz along the lines of Abenomics in Japan. You might equally construe it as a primordial scream by a man placed in an impossible position.

The politics of EMU remain as poisonous as ever, a simmering conflict between debtors and creditors. The ECB still suffers from the design flaws of monetary union, ideological fetishes and mutual suspicions that have prevented it from acting at each stage of the crisis until the last desperate moment. In key respects, the North-South divide is becoming harder to bridge.

This is a logical and eloquent analysis. Abenomics pumped up the stock market in Japan but did little to cure the underlying economic malaise. Above, we can see that securities prices are already responding to the idea that soon there will be more money sloshing around and available for securities purchases.

It is, in fact, the inevitable result of Keynesian economics, which is yet in vogue, and miserably so. Asia, Europe, the US and the developing world all continuously implement variants of it. The EU, if it does manage the trick of quantitative easing, will surely end up with results similar to those in the US.

Always, within the ambit of a Keynesian implementation, asset bubbles will swell for real estate and securities and eventually for multinational and union employment. But a vast and growing underclass will not be affected by such stimulating methods.

The other result, inevitably, will be price inflation. And this, the Germans are most cognizant of. As the article explains, what the Germans fear is gradually being manifested in politics. Germany's leading anti-euro party took nearly 10 percent of votes in Saxony – a political surge that has been likened to libertarian UKIP's success in Britain.

What Draghi has not addressed, recently, and the mainstream media mostly ignores is that earlier this year, Germany's constitutional court ruled that ECB purchases of national debt was a "manifest" violation and thus the Bundesbank could not be party to such an ECB strategy.

If the ECB moves ahead aggressively with any such strategies, a group of vocal, German economics professors will likely return to court for further challenges of a type that the constitutional court has already proved sympathetic to. It may even be the case that the ECB would have to halt any planned activities during the court challenge itself.

Nonetheless, Draghi must move ahead like some sort of grim automaton. He intends to do some non-QE things, including cutting interest rates below zero to inflate the euro in relationship to other currencies. His QE program, given German resistance, is a good deal less aggressive.

He has made mention of ECB purchases of a "broad portfolio" of asset-backed securities (ABS) as well as covered bonds, yet has declined to provide the size of the program, which is apparently to be clarified in October and fully initiated sometime next year.

This sort of vagueness and sluggishness of implementation inevitably gives rise to the sentiment "too little, too late." And even though Draghi claimed that the ECB's balance sheet is to be raised by €1 trillion, much of the stimulus will come from loans rather than outright purchases.

Here is a quote from another Telegraph article on the subject:

"There is little new here. They are fleshing out the message from June," said Marchel Alexandrovich, from Jefferies. "Draghi said they are going to buy 'high quality' assets only, but if the ECB's just going to cream off the top, that's not going to help banks free up capital."

The Telegraph called Draghi's announced strategy "QE lite" and offered that it would be "trivial compared with the huge operations of the Bank of Japan and the US Federal Reserve, together worth €120bn a month at their peak."

Why, then, is he bothering?

We will advance a cynical suggestion: Draghi and the others DO want to be seen as doing something, even though they are well aware that even if the program worked well, it would boost financial markets far more than the unemployment sector.

There are plenty of ways to revive the EU's economy but most of them involve removing broad monetary programs not implementing more of them. Additionally, the EU could rid itself of most (if not all) of its vast book of rules and regulations, which is further reducing employment.

What Draghi is doing now, cynically, will raise securities prices – which is just what is happening in the US and is responsible for the so-called Wall Street Party. It is virtually guaranteed not to address the real problem, which is distorted markets, bankrupt banks and hesitant consumers and small businesses.

Perhaps, unfortunately, that's the point. Out of chaos … order.