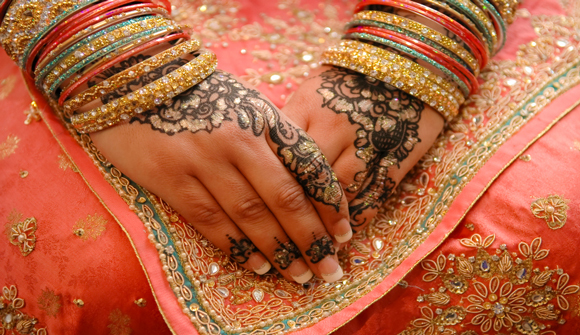 India women's group seeks limit on gold given at weddings … The women's commission of India's Kerala state is seeking to limit the amount of gold given at weddings to no more than 80 grams to reduce the burden on families and help ease India's trade deficit. Most Indians see gifts of gold, mostly jewellery, from the bride's family to the groom as auspicious for a marriage, helping to ensure financial security. But grooms have been seeking increasing amounts of gold as rising duties and restrictions on imports have led to a shortage in India, the world's second-largest gold consumer after China. – Reuters

Free-Market Analysis: This is blatant manipulation. For anyone who doesn't believe that the globalist power structure wants to discourage gold-holding, these moves in India should be a revelation.

The boldness is what's so shocking. K.C. Rosakutty is a leading Indian feminist activist, and as leader of the women's commission, she's leading the charge against gold.

"The tendency among our parents (has become) to sell residential property to buy gold for marriages and go for rented houses," K.C. Rosakutty, chairperson of the Kerala Women's Commission told Reuters. "This is creating a lot of trouble for families."

The state of Kerala now uses up to 400 grams of gold per wedding, or 80 metric tonnes per year – about a tenth of India's total demand in 2012. The commission has sought a meeting with Kerala Chief Minister Oommen Chandy to press for a limit on gold gifts at 80 grams, which would cost about 224,800 rupees ($3,600). Chandy could not immediately be reached for comment.

The proposal is unlikely to find any takers in political circles ahead of elections due by May, experts said. "Gold is more of a culturally deep-rooted thing, and this would find resistance among women themselves," said Rammohan Kamath, secretary of the Calicut Bullion Dealers Association in Kerala.

"This will all remain on paper. Even for political parties, the gold jewellery business is a big money spinner for elections," Kamath said, adding that implementing the cap would be difficult anyway. If the proposal were to be accepted, it would be good news for Finance Minister Palaniappan Chidambaram.

Apart from raising gold import duties to a record 10 percent last year, he has also been vocal about the need to end Indians' fascination with gold. Bullion prices have risen by 120 times since 1972 to about 29,000 rupees per 10 grams currently, data from the Reserve Bank of India showed.

We've written about the campaign against gold in India before. It's important, in our view, because it seems to be part of a larger effort by the power elite to damp the price of gold – at least in the short-term – as an alternative to other kinds of inverting.

This may have something to do with the Wall Street Party we often write about. It seems obvious to us that the proverbial stars are aligning to boost stock markets, especially US stock markets, and one way to do so is to ensure that gold is not an exciting investment option.

But why is Kerala leading the way? Well, we did a bit of research and Kerala seems to be – in some senses – a fairly Westernized state. Here, from Wikipedia:

Kerala's economy depends on emigrants working in foreign countries, mainly in the Gulf states countries such as United Arab Emirates or Saudi Arabia), and remittances annually contribute more than a fifth of GSDP.[166] As of 2008, the Gulf countries altogether had a Keralite population of more than 2.5 million, who send home annually a sum of US$6.81 billion, which is more than 15.13% of remittance to India in 2008; the highest among Indian states.

So much of Kerala's revenue comes from abroad, which presumably makes its leadership a bit more responsive to external pressure. According to a news report at NDTV.com, Kerala Chief Minister Oommen Chandy received a prestigious UN award for public service:

Kerala Chief Minister Oommen Chandy received the prestigious United Nations Global Award for Public Service at a glittering ceremony held in the Bahrain capital on Thursday. The award was presented to him by UN Under Secretary General Wu Hongbo for his mass contact programme.

Chandy was chosen among entries from 50 Asia-Pacific countries. As soon as Mr Chandy's name was called out, thunderous applause followed from members of the Kerala diaspora sitting among the international audience.

Through his mass contact programme, which he has conducted twice after becoming chief minister (first in 2004 and the second in 2011), Chandy went to each of the 14 districts in the state and directly received petitions from people, standing for more than 19 hours and only leaving after seeing the last petitioner.

The above sounds fairly medieval – reminiscent of royal petitioning more than democratic discourse. Not surprisingly, the UN is mixed up in it. While we cannot, with our cursory research, find a specific "smoking gun" when it comes to Kerala's zeal to reduce gold consumption among its citizens, we're fairly certain that the program was not internally generated.

It is also worth noting that despite Kerala's zeal to crack down on gold ownership, the larger program to limit gold in India seems to be encountering rough waters. "India considers easing gold import curbs – govt sources," Reuters writes. "Officials are in discussions to cut a record high import duty on gold and relax rules on exports."

The reason given is in part that the steep tariffs had begun to encourage gold smuggling. Apparently, we are not supposed to notice, by the way, that the demand for gold in India is very strong but that the PRICE for regional gold doesn't seem to reflect it.

The gold market worldwide remains exceptionally sensitive, political and obviously manipulated. There is at least one regulatory investigation ongoing in London regarding the sharp devaluation of gold, and we are not surprised. Nor will we be surprised if it yields up nothing.