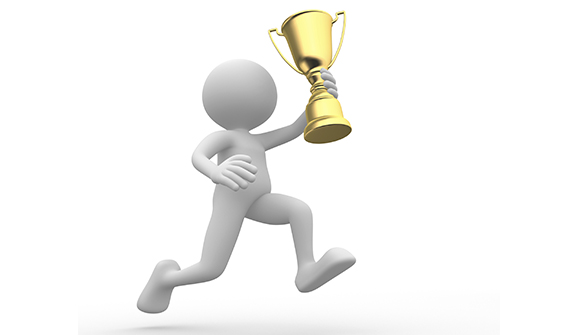 Mark Carney: golden chance for return to prosperity beckons … Mark Carney has a golden opportunity to rescue Britain. The incoming Bank of England Governor has the Chancellor squarely behind him, a public desperate for new ideas to bolster the recovery, and a suite of powers to make rival central bankers jealous. With no ties to the UK, he doesn't need to curry political favour or burnish his public image – freeing his decisions from the complications of politics or ambition. The success of his five-year term will be judged by one measure alone: did he lead the UK back to prosperity? – UK Telegraph

Dominant Social Theme: Mark Carney has a chance to be the most effective central banker ever.

Free-Market Analysis: An article on Mark Carney that recently appeared in the UK Telegraph promotes virtually every subdominant social theme surrounding central banking that we are aware of.

Reading this article on Carney you'd have no idea how controversial central banking is or that at its core it is simply a form of price fixing.

Here's a longish excerpt from this remarkable article:

"All his incentives are to get it right," said Rachel Lomax, the BoE's former deputy governor. "He doesn't want to be reappointed. He has no personal ambitions in the UK. He has the opportunity to be brutally honest." Carney, the Bank of Canada Governor, will become the third most powerful man in Britain – behind the Prime Minister and Chancellor – when he takes up his new post in Threadneedle Street next Monday.

There, he will be in charge of setting interest rates and overseeing the banks. If he thinks demand in the economy is weak, he can punish savers by keeping rates low. If he thinks credit is too easy, he can make it harder for households or businesses to get a loan. His decisions, alongside fellow BoE policymakers, will have enormous implications for everyday lives. Yet, Carney is unelected and answerable only to his political masters. Which is why, if he is to make the most of his opportunity, a key challenge will be how he handles Westminster.

… Tim Hodgson, a colleague of Carney's from Goldman Sachs and the BoC, says he will be sensitive to the institution's 319 year history, claiming he is "too smart to be tone deaf". Carney did overhaul some of the BoC's more archaic habits, updating technology and fully automating databases. David Madani, Capital Economics' Canadian economist, remembers a story doing the rounds. "He asked for a BlackBerry shortly after getting there and was told, 'We don't do that here'. To which he said, "Wanna bet?' " He faces similar challenges at the BoE, which he is expected to make more transparent and open.

Much has been made of the different way in which interest rate decisions are made in Canada, and the struggles he will face in the UK. In Britain, the individual votes are published and four of the rate-setters are independent. In Canada, the Governor presents a single consensus decision. Although Carney has not had to face dissenting voices in public before, Longworth claimed he is ready for the British system. "Mark bought into the consensus decision making early on," he said. "This was not Mark making decisions by himself about where rates should go. It was six people debating the issues. It was a real consensus."

Perhaps the biggest political risks he faces stem from his personal allegiances. Carney has expressed sympathy for the Occupy movement, arguing it was "entirely constructive" by highlighting economic challenges and an understandable product of the "increase in inequality". He has also attacked big business for sitting on a huge cash surplus, turning potential growth into "dead money".

More significant, though, have been his close ties with Canada's Liberal party, which last year reputedly asked him to consider the leadership. According to a top manager at one leading private equity firm in Canada, some polling it did for internal purposes showed Carney would have catapulted the Liberals from third to first, with a 13 point lead. Ralph Goodale, the Liberals' deputy leader and finance minister between 2003 and 2006, when he worked with Carney, said: "That arithmetic wouldn't have surprised me. Because of his public credibility, and his role internationally."

Asked if he believed Carney would return to Canada for a life in politics, he added: "I think at some point he would be very effective in politics." If he does harbour political ambitions, Carney will be aware of the dangers, especially after Sir Mervyn ran into trouble for being "excessively political" in his support for austerity.

Mindful of the mess his predecessor got into, Carney has promised to be studiously neutral. "If fiscal policies are credibly stable, central banks should not have any need to comment on the overall stance of fiscal policy, and they should avoid doing so," he told MPs last year. Westminster is about to greet its newest player.

"Brutally honest," "studiously neutral," a "consensus decision maker" – Carney sounds too good to be true and so does the institution itself.

In truth, there is nothing "consensual" about six men in a room deciding on interest rates that are going to be affecting tens of hundreds of millions of people. It is an absurd conceit and has caused continual chaos around the world for more than a century now.

Telegraph feedbacks to this article provide us with a distinctly different reality.

-Editor, please, do your job. This article is a rambling mess.

-Just how is a Goldman Sachs robot going to achieve this economic recovery?

-Pray tell me, how Carney is going to save us all?

-As if any of them are going to stand up and say he is no good!!

-Carney has coordinated the Gold fixing scandal. At G20 two years ago Mark Carney presented a plan, to seize our cash assets over the (UK) insured level of £85000, in the pretext that Banks are failing. The plan was accepted; hence Cyprus was the dry run for what is planned for the rest of us.

Very few of the 100-plus feedbacks are positive and it is somewhat of a mystery why the Telegraph would bother to publish an article written by its economics editor and then allow it to be savaged by reader comments.

In a sense, the article and the feedbacks are a metaphor for the confusion surrounding this economic institution. The Great Recession has shaken the faith of many regarding the current system and the alternative 'Net media is filled with denunciations of the kind of price fixing that central banks routinely practice.

But ignore the negativity surrounding central banking and you still must conclude that in an era of tighter credit, central bankers around the world are going to face tremendous policy difficulties and public relations challengers.

This article, as controversial as it is, may soon seem to be a highlight of Carney's career.