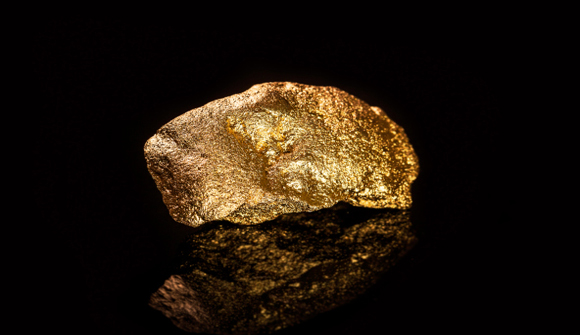 The Fix is In: Why Gold Price Manipulation is Now a Global Effort … A lot of people think about gold as a percentage of total reserves. So countries have reserves. What percentage of your reserves consist of gold? For example, a lot of people are surprised to learn that the United States has 70 percent of its reserves in gold. China has about 1 percent of its reserves in gold. So people look at that and think that's the imbalance. But that's not a very meaningful figure in my view … So the price is being suppressed until China gets the gold that they need. Once China gets the right amount of gold, then you can take the cap off. If it doesn't matter where gold is because all the countries will be in the same boat. But, right now, they're not, so Chinese has this catch-up. – Jim Rickards/Daily Reckoning

Dominant Social Theme: Gold is not manipulated and is increasingly irrelevant.

Free-Market Analysis: Jim Rickards's column, excerpted above, has created a stir among alternative media commentators. GATA's Chris Powell posted a column of his own, commenting on it favorably. Of course, GATA has devoted many years to exposing gold (and silver) manipulation, so Rickards's column at Daily Reckoning supports GATA's thesis.

In the column, Rickards to a degree is reprising a larger theme that his 2014 book, The Death of Money, relates. We would tend to agree with this theme, which is that the world's monetary economy has become so unstable that some sort of global "reset" is necessary.

Here's more from the column:

The US has about 8,000 tons. We haven't sold a significant amount of gold since 1980. We dumped a lot of gold in the late '70s to suppress the price, but none after that. We've held onto the gold. So one of my questions for central bankers is, if it's such a ridiculous thing to have, why are we hanging onto it? But that's a separate question.

So the point is, China does not have enough gold to have a seat at the table right now. Think of it as a game of Texas Hold'em. What do want in a poker game? You want a big pile of chips. Gold are gonna be your chips. It doesn't mean that you automatically have a gold standard, but the gold that you have will kind of give you your voice at the table.

For example, Russia has one-eighth the gold of the United States. It sounds like they're a small gold power, but their economy's only one-eighth as big. So they have about the right amount of gold. The U.S. gold reserve at the market is about 2.7 percent of GDP. That number varies because the price of gold varies, but it's about 2.7 percent. For Russia, it's about 2.7 percent. But Europe, it's even higher. It's over 4 percent. That's one of the reasons I've been very bullish on the euro and continue to be.

China, that number's 0.7 percent officially. Unofficially, if you give them credit for having, let's say, 4,000 tons, it gets it up to the US-Russia level, but they want to actually get higher than that because their economy is growing.

So here's the problem: If you took the lid off and ended the gold price manipulation and let gold find its level, China would be left in the dust.

All of this is quite specific – and such specificity provides more room for misdiagnoses. Of course, we're attracted to Rickards's larger set of ideas because we see the same signs he does.

There is reportedly something like a thousand trillion dollars in derivatives in force now and we're supposed to believe that these instruments are impermeable to a "meltdown." But the history of modern finance – of any finance – shows us this simply isn't true.

There is no financial instrument in the world that has not disappeared over time (with the exception of gold and silver) and usually catastrophically. This massive derivatives market receives little coverage in the mainstream media, mostly because the absurd number of notional derivatives, if considered seriously, would lead one to conclude that the current system is finished.

And Rickards accepts that, as GATA does – along with many others – and has come up with a theory as to how this catastrophe is going to occur and why gold will once again be the dominant form of money.

Many would argue that gold is the dominant form of money anyway. But in the 20th and 21st centuries, the larger banking establishment has preferred to promote a free-floating fiat standard that gives bankers a good deal more monetary latitude.

Rickards and many others see this regime as coming to an end. It has been marked by extreme profligacy and the ascent of the US dollar. But as this latest fiat standard subsides, it is Rickards's contention (not alone) that the dollar will fail as well.

In its place some sort of gold standard may return. We've speculated similarly; however, we simply don't believe that a global currency will necessarily be restricted to gold. The most likely or at least reasonable alternative seems to be a basket of fiat currencies that may include gold.

We're sympathetic to Rickards's larger hypothesis in the most general sense because we have also come to the conclusion that the world's financial officials at the topmost levels are more apt to work together than not.

And this means that some sort of plan is in force. One doesn't coordinate without a plan.

But just like the derivatives markets, people can't seem to conceive that the world's financial markets are subject to planning. But according to quite widely disseminated literature from the BIS and elsewhere, they are …

We're not sure if gold is being divvied up deliberately according to some preconceived agreement that has never been reported on. But we've noted in the past that BRICs economies have done considerably better in the past decade than Western economies.

We've questioned ourselves if that is a coincidence or if the world's nation-states are in a sense being "leveled out" industrially so that closer and closer global cooperation can be achieved.

None of this seems farfetched to us given the manipulation (overt and covert) of financial markets and instruments in the modern era, especially after World War II.

We're not prepared to comment on the accuracy of Rickards's analysis or predictions except to say that like him we see gold (and silver) as being abiding factors in any future economic plan or design.

From a monetary standpoint, gold and silver have never gone away, as Rickards himself points out. Their value reoccurs even as other forms of money diminish and disappear. We would therefore expect rationally that any future monetary system would make allowances for gold and silver, especially gold.

One way or another, precious metals will continue to be factors in the global economy. As for the rest of it, we're not clearer about the timing than you are, dear reader. In fact, this is why we've paid special attention to the Wall Street Party that could diminish this year, or continue onward and upwards for several years more.

As always, the timing is difficult to analyze, but the larger pattern seems clear.