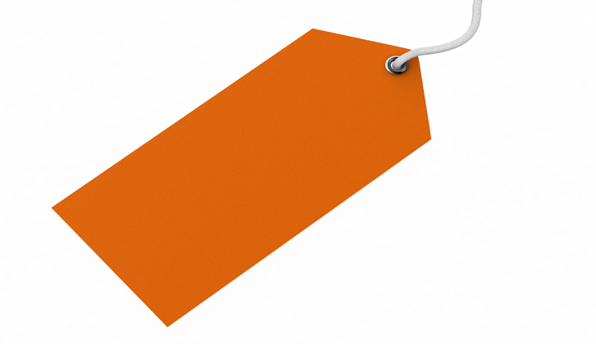 AIS files class-action suit against gold-fix banks … A U.S. investment-management firm has filed a lawsuit against the five banks that set the London benchmark gold price, alleging that the banks conspired to manipulate the price of gold for their own gain. – MarketWatch

Dominant Social Theme: Why would these people file a class-action lawsuit? They're bottom feeders. Gold is not manipulated.

Free-Market Analysis: And so it begins.

Regulators are looking into gold fixing in London. They haven't turned it into a formal investigation but they might.

Deutsche Bank has resigned from the London gold-fix committee. Others are thinking about it. The Rothschilds resigned long ago.

And now comes a class action suit. We looked into AIS a little bit and found out that it was partially a futures trading firm that believes the business cycle is still commodities oriented and that the golden bull is intact.

So it might have come as a big shock when the dollar moved up against gold by one-third not so long ago. Many felt at the time that such a big move was a manipulated one. And since then, a number of articles have been written and a number of statements have been made that continue to voice that sentiment.

A suit was inevitable. Here's more:

The suit is on behalf of AIS and other investors who held or traded gold and gold derivatives that were settled based on the gold fix, or who held or traded COMEX gold futures or options, from 2004 to present. The London gold fix is a global benchmark for the spot price of gold that is used, for example, by jewelers and central bankers to price deals and help determine the value of securities tied to gold, such as exchange-traded funds.

That process, which plays a crucial role in the $20 trillion-a-year gold market, is under review by regulators in the U.K. and Germany. AIS wasn't available for comment. Barclays, HSBC and Société Générale declined to comment.

Several things occur to us, the most prominent of which is that this is a class action suit. That's actually good for the industry in a way because it can resolve a number of complaints at once and allow those involved to "move on" from the consequences of their manipulations.

We also wondered if the lawsuit was actually launched by a group somehow affiliated with those the suit is targeting. The idea would be to get the suit over with and to have it brought by those who are in secret sympathy – essentially allies.

But that doesn't necessarily seem to be the case. If someone within the industry was going to bring a lawsuit, it would be this kind of group. Their trading was based on certain assumptions and those assumptions were shattered by the market's behavior regarding gold.

We can sympathize. We, too, believe that the golden bull has not yet thundered into the horizon but remains a stubborn and fixed element of the investment scene.

We base this on the way modern investment cycles actually work. A full investment cycle would tend to inflate "paper gold" and mining stocks in a way that has not yet taken place. This is because in a bull precious metals cycle, people bid up metals and then turn to parts of the market that remain inexpensive – and bid those up, too.

These cycles presumably must come to fruition for the business cycle to turn. But those who control our financial instrumentalities have been busy trying to undermine or freeze the cycle.

They haven't let failing firms go bankrupt yet, instead seeking to prop them up by printing monopoly fiat super money and circulating it at low or no interest to ruined entities.

They've also basically placed huge monetary bets against gold, virtually forcing the price down, or so we tend to believe. Finally, they've actively manipulated the price of gold via the London gold fixing.

Anyone who's traded gold knows that there are often patterns in the market. Gold opens down as traders bash the price in New York, then moves back up in Asia before London traders bash it again.

The East bids gold up; Western traders, apparently in thrall to big European and US banks, bid it down.

So why all the discussion about this sort of market manipulation when the accusations have been made for years and publicized on the Internet for nearly that long?

Good question. The answer may lie in our hypothesis that the elites have decided that the petrodollar is expendable and are even engaged in a campaign to undermine it.

The idea is to replace the petrodollar with something more globalized. Perhaps a variant of bitcoin or the IMF's SDRs. Perhaps a neo- (statist) gold standard.

The petrodollar's status has been undermined by fracking – a Western invention that is reducing the clout the Middle East has over the production of oil. The Middle East – specifically Saudi Arabia – is the protector of the sacred dollar/oil relationship. But that may not last.

The BRICs – including China and Russia, especially – are gradually moving toward settlements for financial transactions in currencies other than the dollar. Vladimir Putin may be moved to further undermine the dollar as a result of the Ukraine situation.

And public evidence that top financial firms had been manipulating the price of the dollar against gold would further undermine the dollar. All of the above elements are avoidable and have been generated by WESTERN policies. The dollar doesn't have to be in trouble but it is.

If the West WANTED to attack the dollar, it couldn't do a much better job than it is. We even think the power elite is orchestrating one final "Wall Street Party" before sending the dollar thundering toward oblivion.

It is, in fact, the dollar that needs to be diminished in order for a new and more global currency to arise. And thus, we expect more financial chaos, understanding that out of chaos can come a renewed and more energetic "order."

If we are correct, then this gold manipulation scandal will have legs … and won't die quietly. That would reveal a good deal more about the real intentions of those who are supposedly supporting the dollar but keep undermining it.