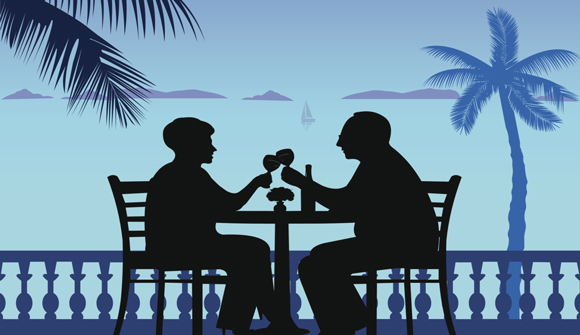 Colombia is 8th best country for retiring: Forbes … US economy magazine Forbes has placed Colombia 8th in a list of 25 global destinations for foreign retirees. Colombia was bettered only by Ecuador in the South America region. The influential US publication recommended 25 countries to retire to based off the annual International Living "World's Best Retirement Destination for 2015″ report. The annual report endeavors to rank nations based off their ability to offer a cheap, healthy and relaxing escape after a lifetime of work. Forbes named Colombia's cost of living, health system, climate and biodiversity as the primary reasons for its impressive ranking in 2015. – Colombia Reports

Dominant Social Theme: All these countries are wonderful places and appropriate for retirement.

Free-Market Analysis: Over and over magazines churn out reports on the best places for retirement. The suspects are usually much the same names from year to year.

But we are never to know all the variables, or why the countries place where they do in these rankings. In the case of Colombia, the country ought to rank higher, in our view, especially compared to some of the countries that come before it in this particular list, such as Mexico, Spain and Ecuador.

Colombia's big problem has been the so-called War on Drugs and the FARC revolutionary group that has sought radical/socialist change for decades as well as right-wing paramilitary groups. In an article published just today, the BBC notes:

The Colombian government and the country's largest left-wing rebel group, the Revolutionary Armed Forces of Colombia (Farc), are trying to end more than five decades of armed conflict. The two sides started holding formal peace talks in November 2012 in the Cuban capital, Havana. …

The two sides say occasional setbacks are inevitable but stress they are committed to seeing the process through to the end. …

The government and the Farc rebels each have a high-profile team in Havana. The government's team is led by former Vice-President Humberto de la Calle. Also part of the team are retired generals from the military and police forces ….

The guerrilla team is led by Ivan Marquez, a member of the Farc's secretariat, its highest body. Leaders of key regional Farc command groups are also in Havana, including … hardliners …. Analysts believe their presence in Havana shows the rebel group is united behind the peace process.

Cuba, the host country for the talks, and Norway, with its ample experience of participating in conflict resolution, are acting as guarantors.

Agreement has been reached on three broad points, but under the terms of the negotiations, they will not be acted upon until a final peace deal has been signed. …

As the FARC confrontation winds down, the last big hurdle to Colombian growth is mitigated. The hot money flowing around the world is already aware and is beginning to flow into Colombia, bidding up properties and industry alike.

This is not exactly the bottom, but close enough to it. The race toward higher valuations has already begun and will doubtless continue. High Alert, having identified this trend long ago, has announced the development of the Terra Viva community in Colombia. The community has been well received and interest is expanding.

Forbes noted the low cost of living for retirees in Colombia as a key reason, stating that a couple could live comfortably for just US $1,200 per month.

The report identified the health system of the country as "one of the best and most affordable" and a key reason it is an attractive and popular destination for foreign pensioners.

"You can get treatment comparable to that found in the United States in any large or medium-sized city," said the report.

The report also noted that, according to the World Health Organization, Colombia has better standards on health issues than both the United States and Canada.

The natural beauty of Colombia when combined with a year-round tropical environment (Medellin was long ago dubbed "The City of Eternal Spring"), low cost of living and range of activities from surfing to swimming to hiking to mountain climbing make Colombia a desirable destination.

Some of the other destinations that Forbes mentions via International Living leave lingering questions. We're not knocking the choices, but these countries have notable weaknesses as well as strengths.

Countries like Ecuador suffer from considerable discontent among native Indian populations. Others, like Panama, are highly Americanized, certainly in Panama City. In Mexico, US influence is considerable and growing stronger.

We would tend to favor countries where expats – especially Western expats – don't stand out so much. In Malaysia, as in Cambodia, etc., you can never get away from your culture, skin color, etc. Some people don't mind. Some do.

Spain is an odd choice for a top destination given its sociopolitical turmoil. Spain, more than most other European countries, has been struck hard by Euro-turmoil that has put up to 50 percent of its youngsters out of work. Spain is beautiful, but it's not cheap and it has got a long way to go to work out its problems.

When you are searching for a second home, you ideally want everything in one bundle, if possible: beautiful surroundings, local farming to supply healthy food, an active and inviting culture and, of course, security and a world-class infrastructure that will support even the most sophisticated business pursuits.

It is Colombia, in our view, that offers a second-home destination that "checks all the boxes" when it comes to your important investment. If by any chance, your second home becomes more important because of difficult events in your home country, you'll want to feel that you have done all that is possible to find the appropriate additional domicile to assure your peace of mind.

Which brings us back to Colombia. If you're looking for a safe-haven destination abroad, you ought to consider this inviting and increasingly peaceful country.