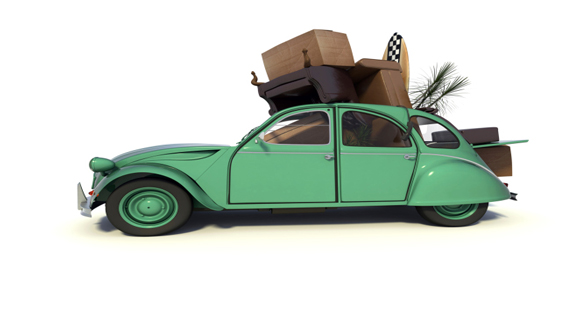 EDITORIAL, International Real Estate
The American Dream Is Still Possible, Just Not in the US
By Ron Holland - October 22, 2014

Although there are no firm statistics on the number of Americans living outside the US, the US State Department estimates that somewhere between 3 and 6 million Americans now live offshore. I think this is a low estimate and the number is clearly growing.

I now live in Canada but often travel back to the United States. Driving through Customs near Buffalo is usually not a big ordeal but it does involve a time-wasting delay much like visiting the post office or any other US government bureaucracy. But governments should police their borders, as this is one of the few legitimate functions of a central government.

Still, whenever I'm there I do notice the America I grew up in and once knew has really changed since 9/11. The trend toward a more militarized and aggressive police force continues to quicken. I know most Americans accept this as part of the consequences of the War on Terror just as they do the loss of financial privacy, increased fines and asset seizures.

The Canadian government recently warned citizens to be careful when taking cash to the US because of the risk of police taking their cash for hyped-up offenses. Did you know that in the last 13 years, over $2.5 billion has been stolen by law enforcement in almost 62,000 cash seizures? I have to say that as an American, I'm outraged at the situation and always on guard when in the USSA.

I fear many Americans who don't travel internationally might have become somewhat immune to the intrusive, arbitrary nature of today's American government and its institutions. Here in Canada, law enforcement is almost always professional and courteous and even the bureaucrats are friendly and helpful, which simply amazes me.

So to my American family, friends and business associates, I want you to know it is still possible to achieve the American Dream of a simple life with opportunity for wealth creation, fun, freedom and good times without an overly intrusive, threatening government … just not in the United States. Many other nations, in Central and South America and elsewhere, certainly also experience corruption and inefficiencies but government threats remain outside of everyday life for most citizens and expats.

I mention the latest presidential executive order not because it concerns your lifestyle or real estate but because this is how you are likely to lose more liberties, have your gold confiscated or your bank safe deposit box frozen during a future real or contrived crisis. Roosevelt used this governmental tool to illegally confiscate private gold in 1933 and there is no immediate defense or remedy to a presidential executive order. Yes, Congress can act over time but exactly how this would help after the fact is a question no one can answer.

A couple of weeks ago I was flying back to Canada from a Casey Research conference in historic San Antonio, TX. The American Airlines flight magazine had an excellent article on the radical transformation of Colombia from a crime haven to a tourist haven and now the toast of South America. I have visited Colombia several times recently and you must put this exciting country on your bucket list for a visit. Read about it in "A Radical Transformation."

I don't have a compulsive bone in my body except for being on time and I unrealistically expect everyone else to be on time. This is a minor problem for me in the United States, Canada or Europe – other than in Switzerland where everyone and everything is done in a timely manner. But in Central and South America, nothing happens by the clock. This is something potential expats and others considering living in Latin cultures will want to be aware of. While this article focuses on Ecuador, it provides excellent insight into the entire region.

The Colombia economy is booming and is viewed increasingly by international investment managers as a good candidate for global diversification. The earlier long years of political upheaval and guerilla violence means that much of the reserves of this resource rich country including oil, gold and coal have not been explored and the reserves are still unaccounted for. Read what the NASDAQ has to say about the country at "Colombia Represents A New Vision in South America."

Of course, going offshore isn't restricted to the lower cost, tropical venues of Central and South America. Some people may enjoy the opportunities for cold weather sports and the history of a wonderful country like Austria. Think of Austria as similar to Switzerland or Germany but a place where locals and visitors alike have a lot more fun. While Austrian real estate is not a bargain as it still is in South America, compared to Switzerland it is an excellent value. Here are a few chalets to tempt your wandering eye.

The opportunities still available are truly amazing and I encourage you to takes steps to ensure your lifestyle and wealth now, while you can.