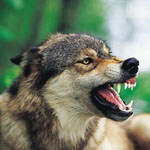 A "green revolution" that should create 400,000 jobs is to be launched by ministers later this month in the most ambitious ever bid to transform the British economy, industry and sources of energy. Detailed plans for expanding renewable energy tenfold and cutting emissions of carbon dioxide and other greenhouse gasses that heat up the planet – all in little more than a decade – will be announced. The plans will be spelt out in three documents due to be published in about ten days time. Ed Miliband (pictured left), the Energy and Climate Change Secretary, will unveil a White Paper that will spell out how emissions will be cut by at least 34 per cent on 1990 levels by 2020 and a 'Renewable Energy Strategy' to increase its use to 15 per cent of Britain's total energy supplies by the same date. – UK Telegraph

Dominant Social Theme: The government has a plan.

Free-Market Analysis: We do not question that governments can mandate a plan for a green revolution in power and create jobs doing so. We have seen this time and again. The Soviet Union made a great leap forward when it virtually industrialized in one generation. The Red Chinese doubtless created jobs when they temporarily abandoned modern technologies in favor of worker-intensive physical labor. But just because a job is created doesn't mean society benefits. It is obviously possible for government to create jobs even while the net amount of job creation goes negative.

The Obama administration for instance may soon claim it has saved millions of jobs by salvaging GM, Chrysler and various investment banks. But how many more jobs might have been created if inefficient giants were allowed to die? Into the vacuum would have stepped countless entrepreneurs with new ideas and new efficiencies. The industrial revolution that brought forth modern day America, and England as well, was not a sentimental movement. It destroyed as much as it created but in doing so built mighty nation-states replete with a great deal of individual wealth and business leaders.

Without capitalism's creative destruction, societies grow stagnant and economies sour. If business mal-investment is propped up and not purged, then growth weakens and eventually comes to a halt. Capital is sucked into non-performing assets and there are fewer funds for new ideas that would provide rapid growth. The idea that government can mandate jobs and even entire industries seems popular now, at least at top levels of European and Anglo Saxon governments. But this is not possible. Were it possible, the old Soviet Union and (pre-1970) Communist China would be successful societies today.

Climate change plans apparently go beyond creating new industries. Not only are new police forces to be created (see other article) but new self-reporting may be necessary. Right now most people in the West file income taxes and list their assets and payables. Tomorrow's filings may include property lists along with calculations of how much of the earth's resources the individual used and how much pollution was created as a result. Here's an excerpt from an article reported by Reuters:

New climate strategy: track the world's wealthiest … To fairly divide the climate change fight between rich and poor, a new study suggests basing targets for emission cuts on the number of wealthy people, who are also the biggest greenhouse gas emitters, in a country. Since about half the planet's climate-warming emissions come from less than a billion of its people, it makes sense to follow these rich folks when setting national targets to cut carbon dioxide emissions, the authors wrote on Monday in Proceedings of the National Academy of Sciences. As it stands now, under the carbon-capping Kyoto Protocol, rich countries shoulder most of the burden for cutting the emissions that spur global warming, while developing countries — including fast-growing economies China and India — are not required to curb greenhouse pollution. Rich countries, notably the United States, have said this gives developing countries an unfair economic advantage; China, India and other developing countries argue that developed countries have historically spewed more climate-warming gases, and developing countries need time to catch up. – Reuters

Between policing, new industrial policies and additional reporting mandates, people may soon be in a position where they need not only inform the government of their wealth and how they attained it, they may have to show how they utilized their wealth on an annual basis. Additionally, they may have to calculate how much wealth they used for purposes of a new kind of taxation. But it may not end even here. There is no reason why such calculations should be utilized only for tax purposes. Eventually these calculations could be used to criminalize certain levels of consumption, or to set consumption ratios beyond which individuals shall not go.

These new environmental approaches could indeed constitute a brave new world. It would be interesting indeed to see how precious metals would fit into such a world and whether they would be welcome. Likely, various forms of mining could be attacked as well because of carbon production, etc. Of course this will likely end up raising the value of precious metals and might forcibly stimulate a "greener" mining industry. Such measures as are being contemplated usually have unexpected consequences.