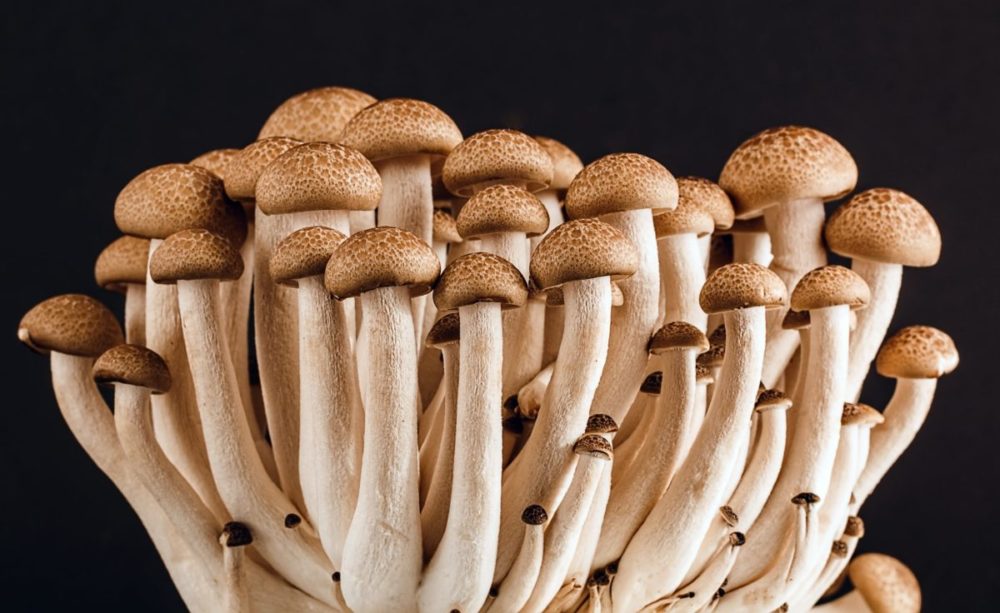 STAFF NEWS & ANALYSIS
5 Ways Mushrooms Will Save The World
By The Daily Bell Staff - June 08, 2018

For all the bad things people like to say about the human species, there is a flip side. Human innovation takes on an almost magical quality when problems need to be solved. Never underestimate the power of people to partner with nature for good.

Mushrooms are an overlooked resource. Research into the many applications for mushrooms is just now catching some momentum. From food source to industrial material, from medicine to water filter, mushrooms are dynamic and unique.

Truffle. Birch Polypore. Portabella. Oyster.  Button. Maitake. There are an estimated 1.5 million species of mushroom. What we see is only the flowering portion of the fungus. An intricate root system known as mycelium develops under the surface of the earth.

Mycelium is the weblike vegetative portion of fungi that can form an 8-mile labyrinth of cells in just one cubic inch of soil. Like humans, mycelium cells inhale oxygen and exhale carbon dioxide.

Mushrooms’ rapid growth and reproduction make them a perfect picture of sustainability. Harnessing the power of these organisms can change our landscapes, our daily lives, our health and our world.

Scientist and inventor Paul Stamets calls mycelium “soil magicians.”  Mushrooms can help to rebuild after natural disasters by filtering chemicals and pathogens out of the water system to supply drinking water for disaster relief.  Habitat restoration is enhanced by rapid reproduction and cell growth as well as slowing soil erosion and offering multi-directional transfer of nutrients among plants.

Mushrooms can turn human waste into something valuable.  It is literally growth sprouting from decay. Chido Govera, a young Zimbabwean entrepreneur said, “waste is only waste when it is wasted.”

There are multiple familiar ways to break down the waste: Fermentation allows the waste to be broken down into sugars which can be used for bio-plastic blends and bio-polyesters. These are eco-friendly materials that can be used to make products similar to plastic bags, latex gloves, and film.

It doesn’t matter where the mushroom-sourced “plastics” end up–landfills, the ocean, or even the local lake–because they break down quickly, and add only harmless organic matter to the environment.

Not only can mushrooms prevent the environment from being polluted, but they can also help clean up the pollution that is already present.

There is a project that has successfully produced plastic consuming mushrooms. The mushrooms can break down and “eat” the plastic–though more research needs to be done to determine if it is then safe for humans to eat the mushroom. But either way, it is promising to know there is a natural organism that can start munching away the vast piles of plastic waste on earth.

According to Paul Stamets, mushrooms have the capability to filter contaminated soil and water. Fungi can clean up oil spills, and absorb toxic waste from the soil. Fungi break down and feed nutrients to plants, and can even be used as an alternative to dangerous pesticides for crops.

Stamet’s has developed two patented insecticides — one for carpenter ants, fire ants and termites and another for 200,000 other types of insects — using special mushrooms he developed.

Normally mushroom spores repel insects, but Stamets’ mushrooms attract the insects to eat them before they sporulate, and then sporulate and sprout right through the insects’ bodies and kill them.

But it can also reduce the cost, time, and effort of producing materials.

A startup company called MycoWorks produces raw materials out of fungus. They grow mushroom bricks that are stronger than concrete, fire retardant, and lightweight. They can grow a leather-like mushroom hyde in just a few weeks. It takes years to grow the same amount of leather on a cow… not to mention having to kill the cow. They have even grown furniture from mushrooms.

Agricultural waste such as corn cobs, hemp husks, rice hulls, paper pulp waste, coffee grounds, and sawdust can become alternatives to wood, brick, plastic, and leather in the span of a couple weeks.

The creative possibilities almost seem endless–MycoWorks was started with art in mind, but quickly blossomed into a company that has the potential to upset multiple industries.

The materials can be made to be breathable, moisture-wicking, floatable, fireproof, and are naturally antibacterial.

A mushroom by definition is a macrofungus with a distinctive fruiting body large enough to be seen with the naked eye and picked by hand.  Scientists speculate that we have only identified 10% of the species of fungi on earth.

Most edible shrooms are low carbohydrate, calorie, fat, sodium, and sugar, but high in antioxidants, B vitamins, copper, and selenium.  Mushrooms are one of the only non-fortified food sources of Vitamin D and the only source of vitamin D found in the produce aisle.

Chido Govera, an entrepreneur from Zimbabwe, changed her life using mushrooms.  Orphaned at the age of 8 and left to care for her 5-year-old brother and almost 100-year-old grandmother, she was abused, hungry and nearly sold as a child bride until she took a one-day class that taught her to grow and harvest mushrooms.

At age 27, she is now the founder and president of an organization called The Future of Hope that teaches others the power of mushrooms to change individual lives and hungry communities. The rapid growth and sustainability of these amazing plants can feed hungry families and communities indefinitely.

Because of the overuse of antibiotics, some harmful diseases are becoming resistant to common drugs used to treat them.

But mushrooms are being used to develop treatments for drug-resistant bacteria.

“The best situation I could describe is something everyone has gone through, like a strep throat culture,” Cotter says, imagining a scenario in which an infected patient walks into the doctor’s office, gets a throat swab, and then has the swab dropped into a specially designed module containing a fungus. That fungus would then sweat metabolites into a reservoir that would be naturally calibrated to combat the patient’s illness.

Fungi can also be used to create antibiotics for “incurable” viruses, such as AIDS, the flu, and smallpox.

But what about the potential for “magic mushrooms” to sort out mental health issues?

Surprisingly, mushrooms containing the psychoactive compound psilocybin have been proven to help reduce and reset the brain for those suffering from severe depression.

One study conducted by the Imperial College of London found the brain activity in patients who previously were not responding to conventional medicines to show less depressive symptoms and longer lasting relief.

The idea is that people with depression have certain highly trafficked circuits in their brain. But while some brain activity sits in traffic, other routes go entirely unused.

Normally, information is exchanged in the brain across various circuits, or what Paul Expert, who coauthored one of the first studies to map the activity in the human brain on psilocybin, described to me as “informational highways.” On some highways, there’s a steady stream of traffic. On others, however, there are rarely more than a few cars on the road. Psychedelics appear to drive traffic to these underused highways, opening up dozens of different routes and freeing up some space along the more heavily used ones.

Mycelium, with its ability to form intricate web structures underneath the soil, allows for both mutual and parasitic relationships. Both are vital to the environment.

With its ability to penetrate the roots of plants, mycelium absorbs the sugars produced by plants through photosynthesis. In return, the fungi provide vital nutrients to the plant from the soil, otherwise out of reach to the plant.

Another important fungal forest function is its role as a natural recycler. The fungi that feed on dead matter return what they have eaten as nutrients into the soil for plants to be able to use later. Without fungi the forest ground would be infested with layers of needles, leaves, and dead matter.

These areas deserve more study, not just for optimizing farming but applying the lessons to countless other interactive systems–even technology.

Mushrooms are yet another natural resource that can be harnessed by individuals interested in restoring their environment, eating healthy, healing themselves, and creating material goods. To work with these amazing organisms is to empower oneself. The amazing applications of mushrooms can allow you to take control of your own life.