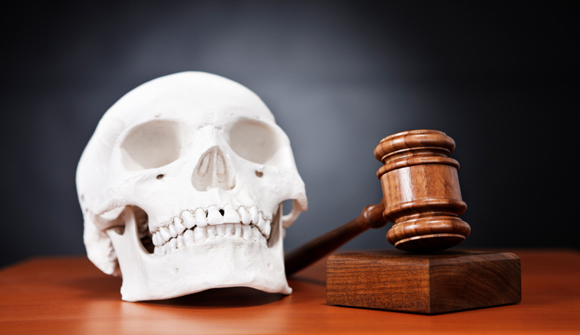 There has been a spate of even more unusually horrendous mass murders in recent days, topped off by the monstrousness that occurred in Uvalde, Texas to school children and teachers. But pretty much every weekend there are reports from Chicago, Baltimore, New Orleans and other cities run by Democrats of shootings, sometimes stretching into the dozens.

What is going on here, and, more important, how can this be stopped, or, at least, the incidence of this phenomenon radically reduced?

One obvious point is to vote out the “progressive” wokesters in the next election.

They have been undermining the morale of the police, trying to deprive them of financial resources by “defunding” them, turning prisoners loose, downgrading felonies to misdemeanors, etc. Before these politicians seized the city reins, there were fewer such murderous outbursts.

Another is to harden the targets.

There should be one and only one entrance to a school, and there ought to be an awake guard posted right there. Arming teachers and staff would also go a long way in the direction of dissuading criminals from entry. Left wing politicians oppose these safety measures, but we can pretty much ignore their hypocritical criticisms: they surround themselves with armed guards.

If drugs were legalized, all of them without exception, there would be fewer murders. We have as evidence for this contention the example of booze. Under prohibition, gangs shot each other over turf. Does this now occur at liquor stores? Of course not.

Then there is the break up of the American family, or, worse, its failure to form in the first place. This is due to our welfare system.

We had this program in effect for many years, with little ill effect on the family, but Lyndon Baines Johnson, another Democrat, greatly enhanced it in the mid-1960s. Then the family started falling apart. All too many kids nowadays grow up without a dad in the house. A non-intact family is causally related to all sorts of societal ill effects: crime to be sure, but also unemployment, lack of schooling, divorce, etc. Unhappily, if we were to end this pernicious program, it would take a generation or more for the beneficial impact on crime reduction to take place, given the negative social mores introduced in its wake.

Is there no other alteration that can have more immediate effects? Fortunately, there is: public executions.

There will be a great hue and cry against implementing any such policy. One objection will be that if a mistake is made, the wrong person will be put to death. But to err is human. There are cases when an innocent man was incarcerated for decades; it hardly follows that no one should be in jail. Also, some of these folks were guilty of other equally serious crimes, and merely punished for the wrong one of many. The solution to this objection to the death penalty is to employ it only when we are certain of guilt.

Another objection is that the death penalty is not statistically significantly related to a reduction in the murder rate. This cannot be denied.

However, Isaac Ehrlich has done important research in demonstrating that the execution rate is responsible for fewer murders. What is the difference between the two policies? All execution states are also death penalty states, but the reverse does not hold true. That is, many states, such as California, have the death penalty on their books, but for many decades executed no one at all.

If executions are to negatively impact the murder rate, they must be public, very public.

The needle, in a place where only a few people can be witnesses, simply will not do as a deterrent. These murders are often “low information voters.” For them, out of sight is out of mind. But if they can see executions on television, it will focus their minds! There must be a firing squad in a large stadium, or perhaps a hanging from on high, which thousands of people can view. This will do more in terms of making would-be murderers think twice, thrice, before engaging in their bestial activities than anything else. With these punishments televised, even the better for promoting civilized behavior.