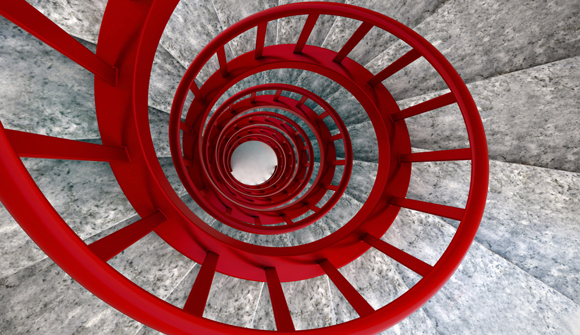 On the fifth of April in the year 1853, a diplomat from the United Kingdom with the most quintessentially British name — Stratford Canning — arrived by boat to Constantinople and immediately took an emergency meeting with Sultan Abdulmejid of the Ottoman Empire.

After decades of relative peace, Europe was once again on the brink of war. Russia was a rising power at the time, and, eager to flex its muscles, Russia threatened to invade the Ottoman Empire over completely ridiculous reasons.

Everyone knew that much of Europe would be drawn into a pointless conflict. And that’s why Britain, the dominant superpower at the time, sent Stratford Canning to try to prevent a war.

The British thought they were in good hands. After all, Canning had nearly five decades of experience in diplomacy. Certainly he of all people would be capable of maintaining peace.

Sadly for the British (and everyone else in Europe), Canning was a total failure. Not only did this man, with his five decades of experience, fail to prevent the war, but he actually escalated the conflict by convincing Sultan Abulmejid to reject Russia’s peace proposal.

Russia didn’t appreciate the rejection. And by the end of June, Russian troops invaded Ottoman-controlled territory.

This conflict became known as the Crimean War, and it was pretty much a disaster for almost everyone involved, including Russia… and especially the Ottoman Empire.

Russia suffered nearly half a million casualties from the war. They depleted their treasury and severely injured their economy. And most of all, Russia’s imperial army — which everyone had previously assumed to be among the best in Europe  — was found to be second rate and poorly equipped.

But the Ottoman Empire fared even worse.

The empire was already in extreme decline by the mid 1800s. And about the only thing the Ottoman Empire had going for them economically was that they had ZERO foreign debt. That is, until the Crimean War.

In 1854, the Ottoman Empire took on its first foreign debt; the war was costly and they needed money. But once they started borrowing from foreigners, they never stopped. Even after Russia finally threw in the towel and the Crimean War ended in 1856, the Ottoman Empire kept borrowing.

Meanwhile the Ottoman economy continued deteriorating. The Ottoman government was full of self-righteous, entitled bureaucrats who harassed the private sector with mountains of regulations and debilitating taxes.

The Ottoman Empire also saw its share of bad luck. A number of pandemics swept the empire, including a nasty Bubonic Plague outbreak in 1876, which added to the government’s economic woes and forced them to borrow even more.

In fact, by 1876, the imperial government had borrowed so much money that debt service took up roughly HALF of their entire tax revenue.

More importantly, Ottoman borrowing costs had soared. They borrowed money at less than 5% at the beginning of the Crimean War in 1854. But by the mid 1860s, foreign lenders typically demanded 10% or more.

Needless to say the Ottoman Empire eventually defaulted on its gargantuan debt. And once they did, their foreign lenders took control of the imperial government and its finances; the Ottoman Empire effectively lost its sovereignty and became a client state of its European lenders.

History has no shortage of similar examples — once powerful and thriving empires who mismanaged their economies, took on enormous debts, and became weak through sheer financial insanity.

The US government seems to have willfully chosen to ignore these lessons time and time again.

Back in 2018, as the US national debt was closing in on $25 trillion, I pointed out that Treasury Department was projecting to increase the debt by roughly $1 trillion per year.

This was at a time when the economy was strong, tax revenues were at record levels, etc. There were no major wars, no financial crises, no major disasters.

And I wondered — if the government can rack up a trillion dollar deficit when everything was great, “what’s going to happen to the US federal deficit when there actually IS a financial crisis or major recession?”

Well, we got our answer in 2020 when COVID struck. They added $5+ trillion to the debt, practically in an instant, and acted like it was no big deal.

Yet even though the government claims the pandemic is over, today they’re STILL spending absurd quantities of money.

Yesterday the Treasury Department announced that the federal budget deficit for last month alone was a whopping $248.5 billion.

That’s a near quarter of a TRILLION dollar deficit. In a SINGLE MONTH.

This wasn’t a one-time anomaly either. The deficit over the past six months (June-Nov) totals nearly $1.3 trillion, an average monthly deficit of more than $200 billion.

All of this deficit spending adds to the national debt, which, duh, eventually needs to be repaid.

Whenever the Treasury Department borrows money to pay for these outrageous deficits, they do so by issuing bonds. And those bonds are sold to investors with terms ranging from 28 days all the way up to 30 years.

The average maturity for US government debt is about five years. This means that, every year, roughly 20% of US debt matures and needs to be repaid.

Naturally the government doesn’t have the money to repay its debts. So instead they borrow new debt to repay the old debt. It’s basically a Ponzi scheme.

To make matters worse, interest rates have been rising rapidly; last year the government borrowed money at 0.1% or less. But today they have to pay 4% or more.

Thanks to rising rates, the US government will spend nearly $1 trillion this fiscal year… just to pay INTEREST on its debt. And if rates keep rising (or remain this high), that figure will only grow as they continue to refinance their debts.

History shows that it’s very difficult to remain a superpower when you have to spend vast sums of money just to pay interest.

And yet the people in charge remain completely oblivious to this fact… and pretend like absolutely nothing could go wrong.

This is plenty of reason to have a Plan B…