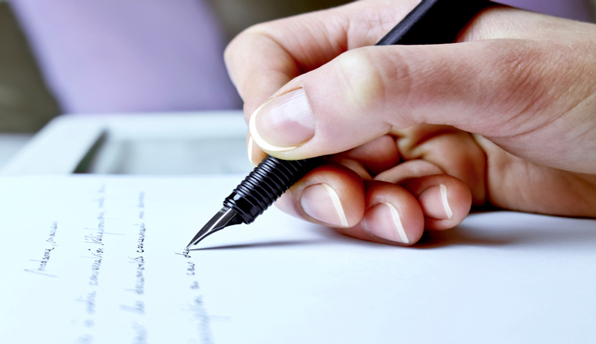 STAFF NEWS & ANALYSIS
A Letter to Trump From Big Pharma That Protests Too Much
By Daily Bell Staff - February 08, 2017

US immigration order strikes against biotech  …  We the undersigned, founders and leaders of biotech companies, write to express our deep concern and opposition to the executive order signed by President Donald Trump on January 27, 2017, barring the entry of citizens from seven countries into the United States.  The United States is the world’s greatest developer of medicines and new inventions to ameliorate and cure intractable diseases, a status achieved through massive investment in private and public companies, academia and R&D. Most importantly, our success has been founded on the creativity and dedication of our most precious resource—our people. -Nature Biotechnology

The biotech (pharmaceutical) industry has written a letter to Donald Trump objecting to his banning of Muslims from seven countries in the Middle East.

The ban is not actually a ban but a closer look at Visa applications, and has already been overturned by the courts, though the President is appealing.

From our point of view, the letter is noteworthy because it is signed by a wide variety of pharmaceutical companies across the US. Many of these companies develop artificial products to take the place of natural ones, and these artificial products have side effects that are often dangerous.

Thus the letter is ironic because it shows how thoroughly the industry has been taken over by groups that attempt to substitute artificial efforts for natural ones.

Many of our colleagues from abroad ultimately become Americans, all to the great benefit of the United States. Indeed, a study found that in 2014, 52% of the 69,000 biomedical researchers in the United States were foreign-born.  The biopharma industry originated in America and is dominated by American companies. US companies employ tenfold more people than European companies.

The United States has led the world in medicine production for decades, not only because of its ability to finance drug discovery, but also because, more than any other country, the United States represents opportunity regardless of borders, gender, race, sexual orientation or political cast. This has enabled our industry to attract the best talent, wherever it is found. This aspect of our industry is a core reason the United States has built its unique strength in biopharmaceuticals.

To conflate a political issue with an industrial stance attempts to buttress the industry by supporting it in ways not directly related to the goods it produces. We are being asked to endorse the industry based not on its products but on the people it employs and the amount of money it raises.

The letter continues by calling the industry a “natural treasure” and then claims that Trump has compromised it.  Colleagues on visas, it writes, are fearful and “uncertain of their status.” Scientists are canceling trips to the US. While immigrants to the US  are reluctant to travel at all.

This is because of a “ban ”that includes seven countries which “global employees” interpret as much more general. These employees, we are told, believe the underlying message is that “America is no longer welcoming of any immigrants, whatsoever.”

They fear being discredited because of their religion and fear deportation as well. They now have deep concerns that the professional freedoms that have “created an American powerhouse of medicine” are going to be reduced or removed.

America is thus in danger of losing control of one of its most important business sectors and will suffer harm to smaller companies and startups and slow the fight against disease.

America must remain “the world’s greatest engine of innovation, as well as the beacon of liberty it has been for more than 200 years.”

For us the letter reads more like a PR statement than a factual declaration of something that has gone wrong. This is an industry based entirely on a constitutional clause that reaffirms people cannot patent plants. If people could patent plants, the industry wouldn’t even exist. Instead people would just go down to South America and claim plants giving rise to natural cures.

As it is now, there are plenty of pharmaceutical companies in South America, especially in the Amazon. And indeed they are looking for plants. But they take these plants home and attempt to mimic their healthful affects artificially.

They could simply replant them and resell them. But they wouldn’t make nearly so much money.

The industry is huge, it’s true. But it is based on a constitutional anomaly rather than a necessity. As a result, it is always on the lookout for ways to generate additional positive PR. The letter is one more way to do this.

It is not so much a warning to Trump as a declaration of its own aggrandizement as a “natural treasure.” One can easily distrust the basic thrust of the letter and even its reason for being.

Conclusion: The letter restates just how valuable the industry is to the United States. As such it “doth protest too much.”