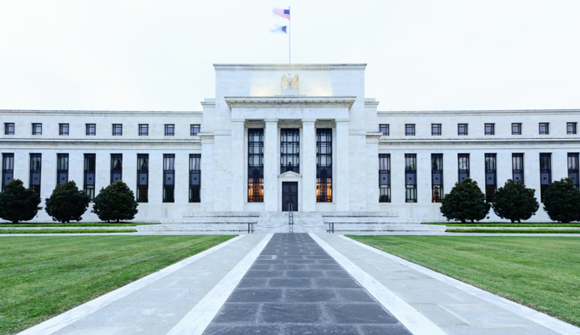 Janet Yellen's cautious retreat from zero-rate era … With the Federal Reserve's hiking short-term interest rates by a quarter-percentage point, a cautious Janet Yellen has taken the final step to unwind her crisis-manager predecessor's extraordinary economic rescue operation. During her almost two years chairing the Federal Reserve Board, Yellen has phased out the two signature stimulus policies enacted under Ben Bernanke: a massive purchase of long-term bonds and mortgage-backed securities, known as quantitative easing; and a move since the Great Recession to hold short-term rates near zero. – CBS Moneywatch

Free-Market Analysis: The main meme of the media these days when it comes to the Fed has to do with "successful caution." Yellen is to be portrayed as a successful commander who leads with an abundance of care.

The idea is she waited until she was absolutely sure of the economy's gathering force before she hiked. And now that she has, she's going to continue to be careful.

A labor economist who worries about many Americans' still-precarious financial condition, she has been in no rush to end that stimulus, taking care to satisfy herself that the economy could cope with the Fed's withdrawal of "easy" money.

… Yellen, 69, made sure to signal her plans to the capital markets, so no one was surprised. Nevertheless, her primary consideration always was that the Fed shouldn't act until economic data showed it was safe … While her prudence seemed unwarranted to some, Yellen has said she wanted to be sure the economy wouldn't suffer from premature removal of its monetary intravenous feed.

Just in case we don't get the message, the article repeats the meme in its conclusion, asking, "Why did Yellen decide to act now?" and answering with one word, "prudence." In this case it was "prudent" to tighten before inflation accelerated due to the expanding economy.

Hard-money economist and money manager Peter Schiff of Euro Pacific Capital has described Yellen in numerous ways over the years but "prudent" is not probably one of his terms. In his latest column published around the 'Net at such places as LewRockwell.com and his own website, Schiff pointed out that the tiny hike changed nothing when it came to the Fed or its ongoing dilemma.

… Few realize that we are just as firmly caught in the thickets of failed policy as were Bush, Cheney, and Rumsfeld in the misunderstood quagmire of 2003 Iraq.

In its initial story of the day's events, The Washington Post (12/16/15) declared that by raising the Fed Funds rate to one quarter of a percent The Fed is "ending an era of easy money that helped save the nation from another Great Depression."

Putting aside the fact that 25 basis points is still 175 points below the near 2.0% rate of core inflation that the government has reported over the past 12 months (and should therefore be considered undeniably easy), the more important question to ask is into what environment the Fed is apparently turning this page.

Schiff believes Yellen may have raised rates just when the economy is giving signals that it is losing momentum. He suggests the hike is coming during the "death throes of a tepid recovery rather than … at the beginning of a strong one … "

All of this strongly suggests that this week's rate hike was a "one-and-done" scenario that does nothing to extricate the Fed from the monetary trap it has created for itself.

Schiff believes the Fed "backed itself into a corner." It had to raise or risk damaging its credibility. It doesn't make much sense that the Fed alone among major central banks is hiking. And for this reason among others, he believes the Fed will not long persevere in this fashion.

He repeats his conviction that one way or another, the Fed will end up easing more even while claiming otherwise. "This," he writes, "is a development for which virtually no one on Wall Street is preparing."

Good for Mr. Schiff. From our point of view, the Fed did tighten in order not to lose face. In other words, this is monetary policy being implemented for political reasons. And like Schiff, we do not expect the tightening to last very long. Or perhaps the Fed will seek to loosen even while maintaining it's tightening.

The money debasement has gone on for too long. The ramifications are worrisome and destructive. At this point the Fed is fighting so many battles that its top officials are making policy decisions based on public relations priorities.

Central banking was always a bad idea, but in the modern era it's getting steadily and significantly worse. This is no way to run monetary policy. In fact, monetary policy ought not to be "run" at all. As we often advise, "protect yourself." In 2016, you'll need to.