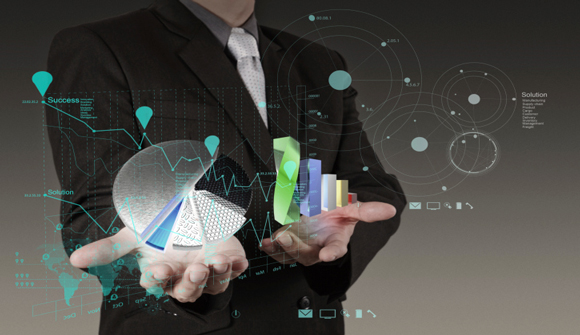 Don’t Lower Corporate Taxes. Abolish Them … Lowering the corporate tax rate appears to be all the rage. Donald Trump has promised a cut to 15 percent from 35 percent in the U.S., and British Prime Minister Theresa May has pledged to make the U.K.’s corporate tax the lowest in the G-20, which would mean taking it lower than Trump intends to … Now that business-friendly governments appear to have some leeway, they should go back to the old idea of eliminating corporate levies and just taxing personal income and consumption. – Bloomberg

Bloomberg is suggesting in this article that corporate taxes should be abolished because corporations will make more money and that in turn will benefit their workers and society generally.

But what the West’s newly “populist” governments ought to do is abolish the regulatory and judicial decisions that create such gargantuan and abusive entities in the first place.

The efficacy and necessity of corporations is a fundamental elite meme. Capitalism naturally gives rise to corporate power, or so we are told. When corporations behave badly, that is a “market failure.” This is one reason we need equally big governments.

But even a cursory look at history – especially US history,  as the US began without corporate might – gives us a clear insight into how corporations evolved within the context of modern technocracy.

Without a series of judicially enforced decisions, corporations likely would not exist, certainly not as they are.

Once jettisoned, true prosperity could begin to rise up and wealth would gradually be redistributed more equitably. Technological and medical breakthroughs would be available, not repressed. People’s lives would once more revolve around culture, family and real achievement instead of big government and even bigger businesses.

“The corporate tax is justified as a means to control the excessive accumulation of power in the hands o corporate management, which is inconsistent with a properly functioning liberal democratic polity,” Reuven Avi-Yonah of the University of Michigan Law School wrote in a 2004 paper defending the tax.

“People understand that corporations are powerful and that the corporate tax is one way in which the state, as representative of the people, can limit their power.”

… There are other ways governments can keep corporations in check — for example, through environmental, safety and labor regulations, which U.S. Republicans and Brexiters dislike but which ultimately benefit consumers in a way the corporate tax doesn’t.

They need to be subject to marketplace competition. And they are not.

Shrink the power of corporations in three ways.

Strip away legal “decisions” that have built the West into a neo-fascist environment dominated by a handful of vast governments and even bigger businesses.

Why should Apple dominate the telephone market and ruin the lives of workers exploited amidst relentless working conditions in horrible Asian factories?

Why should Facebook and Google – both initially funded by the CIA and probably still controlled by American intel agencies – dominate the Internet?

Why should Facebook in particular somehow have grown into the world’s dominant, Western editorial force? Because Zuckerberg is a fabulously literate and accomplished writer?

No, these corporations are representative of exactly what Thomas Jefferson and other American founders feared when they refused to give fed gov power over corporations and instead parceled out authority to the states.

Until the Civil War, corporations in the US were almost non-existent. Entrepreneurship was at a high, people worked individually or in partnerships (often in agriculture) and the competitive marketplace was a determinant factor in people’s lives rather than the current, monstrous federal government.

Jefferson and the others feared such entities as the British East India Tea Company that ripped apart India and grew so powerful it fielded its own army.

You can see some other articles on the corporate “meme” here, here and here.

It certainly is a meme, this idea that only a handful of individuals ought to manage the world’s industrial might. Additionally, we’re sure the bios of these individuals are exaggerated far beyond reality. Such technocrats are always geniuses, supposedly so …

The current corporate environment is not conducive to freedom but to the further growth of the fascist/technocratic model favored by a handful of banking families dedicated to building globalism.

Conclusion: Bloomberg gets some 0f it right: Corporations are indeed too powerful. But reducing their taxes isn’t the answer. Get rid of the judicial and government decisions that unfairly prop them up and allow a measure of real competition and entrepreneurship to return to Western markets.