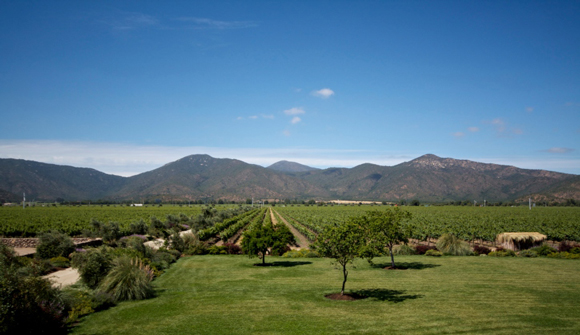 STAFF NEWS & ANALYSIS
After so many years, this place is still amazing
By Simon Black - May 20, 2019

Like many of our readers, I’ll never forget the Great Crash and the Global Financial Crisis from more than a decade ago.

Some of you may be too young to remember. But it was pretty gruesome.

One of the largest investment banks in the world collapsed in September 2008, nearly dragging down the world economy with it.

Practically overnight it became apparent that the global financial system was a house of cards. Some of the world’s leading banks were insolvent. Insurance companies were bankrupt. Entire governments (like Iceland) went bust.

Real estate prices sank. Stocks plunged. Tens of millions of people around the world lost their jobs. And taxpayers were forced to fork over a trillion dollars to bail out the financial system.

The value of their retirement savings had been cut in half in a matter of days, and any plans for the future were put on hold out of fear of what might happen next.

I remember watching this all unfold and thinking to myself, “I want to set myself up in a way that none of this matters… where the stock market could crash, the economy could tank, the banks could fail, and it wouldn’t affect me one bit.”

So I began thinking deep thoughts about resilience, independence, and self-reliance… which quickly led me to sustainability and agriculture, and the realization that being able to produce my own food would be incredibly powerful.

As I traveled the world (I’ve now been to more than 120 countries), I kept these ideas in the front of my mind: where could I acquire some land to become resilient and independent?

Asia was out. With few exceptions, most Asian countries have laws which prohibit foreigners to own real estate.

Africa, for all of its potential, was out. In order to be resilient, I needed stability and predictability.

Most of Europe was out. In order to be resilient, I needed large scale– hundreds of acres of land. And purchasing land of that size in Europe (at least in the places with the most productive climate) would be cost prohibitive.

So my search brought me to Latin America, and eventually to Chile: great climate, inexpensive land, stable country, and no restriction to buy property as a foreigner.

I liked this place from the first time I ever set foot on Chilean soil.

There was an energy and optimism here that was almost palpable, and every time I came back, I noticed that things had improved– more infrastructure, more development, more foreign businesses investing here.

Unlike most of the world, Chile had managed to avoid taking on massive government debt during the financial crisis. The banks were stable. The economy was steady.

By comparison, Chile was one of the few bright spots in the world. And the more I investigated, the more I became convinced that this was the place I was looking for.

In time, I found the land I needed– over 1,000 acres in an incredibly fertile valley about 2 ½ hours south of the capital city.

The soil is rich in volcanic nutrients from the nearby Andes Mountains. And the climate is the best that you could ever hope for in agriculture: warm and sunny… but not too hot. Mild winters. Predictable rains.

I can grow practically anything here that’s not tropical– so no bananas or papayas.

We make olive oil from our own olives, flour from our own wheat. And there’s plenty of livestock like free-range chickens, pigs, etc.

I’m able to generate my own electricity and drink my own water (the ground water reserves are massive), and do so without any interference from the local government.

In general the government here just stays away… for which I am incredibly grateful.

They also make it extremely easy to come here: though they’ve recently started to change their procedures, Chile’s immigration laws have traditionally been quite fast and flexible.

Most of Team Sovereign Man lives in Chile, and they hail from all over the world– North America, Europe, Russia, Asia, South America. And they all obtained residency with minimal time and hassle.

That’s a rare treat: it’s highly unusual for a country to make it so easy for foreigners to obtain legal residency.

But as a business owner, it means you can literally hire anyone in the world if they’re willing to relocate, so you’re not just constrained to the local market.

I also found this country to be ripe with enormous business opportunities.

A few years ago I started an agriculture business that has now grown to become one of the largest producers of blueberries in the world, with over $100 million in assets, thousands of acres of land, and hundreds of employees.

In another ten years it will be a global agricultural powerhouse.

And it’s something that I could not have done in the US or Europe: the land prices and government bureaucracy alone would have killed it from the start.

But in Chile the business has grown from a simple PowerPoint presentation to a dominant player in the industry in just five years.

As many of you know, I relocated to Puerto Rico last year to take advantage of the island’s extraordinary tax incentives.

And I’m loving it. Puerto Rico is a wonderful place to live, and I really enjoy my lifestyle there.

But I do still travel back to Chile and spend time here. And even after more than a decade since my first trip here, I’m still impressed by the growth, opportunity, potential, and promise of this country.

So if you’re looking for a place that might fit well with your own Plan B, definitely put Chile on your radar.