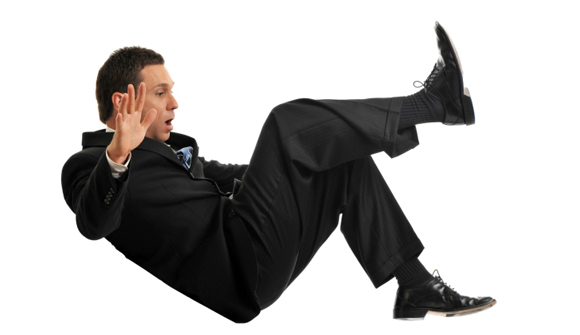 World's anger at Obama policies goes beyond Europe and the NSA … Whether miffed over spying revelations or feeling sold out by U.S. moves in the Middle East, some of the United States' closest allies are so upset that the Obama administration has gone into damage-control mode to ensure the rifts don't widen and threaten critical partnerships. The quarrels differ in their causes and degrees of seriousness. As a whole, however, they pose a new foreign policy headache for an administration whose overseas track record is seen in many quarters at home and abroad as reactive and lacking direction. In Europe and the Middle East, rifts that once would've been quietly smoothed over have exploded into headlines and public remonstrations. – McClatchy

Dominant Social Theme: The world is very upset with the United States and President Barack Obama over a variety of policies.

Free-Market Analysis: Talk about "crocodile tears." This McClatchy article lists why foreign leaders are upset with the US but hardly a word of it is true. It's part of a larger narrative now being established that the US is losing its "leadership position" and that like other mighty empires, it is shrinking due to over-reaching and leadership errors.

What is being created is likely yet another false narrative to inflict what we have come to call "directed history" on long-suffering US citizens and the populations of other Western countries as well. In the future, no doubt, there will be histories written to establish what went wrong with the US and why. If they rely on articles such as this one, they will provide readers with fairly facile and even untrue narratives.

It is a little bit like the histories of World War One that tell you about the shooting of Franz Ferdinand at Sarajevo but do not tell you of the stabbing of Rasputin on the same day and the same time. Here from TheDragonsVault:

In June 1914, as everyone knows, Franz Ferdinand was assassinated at Sarajevo by a young Bosnian patriot, and as a consequence, Austria declared war on Serbia. The world's destiny was in the hands of the Tsar, for he now had to make up his mind whether to stand by Serbia and declare war on Austria, or let the Balkans solve their own problems.

This was the point where Rasputin's advice would have made all the difference between war and peace. Unfortunately, Rasputin was not around to give advice; he had also been stabbed by a would-be assassin in his home village of Pokrovskoe, and was hovering between life and death for weeks. Rasputin was stabbed at 2:15, and 10:55 in Sarajevo was exactly 2:15 in Pokrovskoe.

The man whose death caused the First World War, and the man who could have averted the war, were struck down at the same moment. The coincidence is as extraordinary as any I have come across.

How many books, dear reader, have you read about World War One? How many times have court historians announced sorrowfully that the world blundered into that ghastly war and that it was the result of a series of misguided alliances leading to terrible mistakes?

It was all a huge accident, wasn't it? And yet … if you probe the assassination of Ferdinand, you'll soon come to realize that history's presentation of a lone, patriotic gunman is far from the truth. World War One came into being because powerful actors apparently wanted a very large war.

Rasputin, unfairly demonized by modern history, may have been stabbed because he opposed Russia's entry into hostilities, perceiving that it was meant to destabilize the country as indeed it did. World War Two, for reasons we won't discuss here, probably followed a course similar to that of World War One.

Now we have the unfortunate and shambolic, serial alienation of countries and regimes around the world by the US. Only we are fairly convinced that Edward Snowden, who helped trigger this mess, is not all he appears to be. We believe certain top men in the military and in high finance want Snowden's revelations to be broadcast. That doesn't mean that Snowden or those around him are playing a knowing role, only that they are providing information that others are content to see dispersed.

And there is more. Like the information left out of the histories describing the lead-up to World War One, this McClatchy article tells us everything and tells us nothing …

The uproar in Europe over revelations from fugitive former National Security Agency contractor Edward Snowden that the United States spied on as many as 35 government leaders, including Angela Merkel, the chancellor of Germany, has become so great that early Friday 28 European leaders said Merkel and French President Francois Hollande would open negotiations with the United States over a "no-spying agreement."

In the Middle East, Saudi Arabia, already fed up with U.S. reluctance to get more deeply involved in the Syrian civil war, has become alarmed by Obama's overtures to the Saudis' archenemy, Iran, with which the Saudis are locked in a battle for regional supremacy. Reports indicate it is considering breaking over cooperation with the Obama administration on a range of issues, including training for so-called moderate Syrian rebels.

Once-ironclad ally Egypt, meanwhile, is upset that the U.S. is cutting some of its massive annual aid amid a dispute over getting the country back on track after a military coup that ousted an Islamist president elected after a popular uprising. Earlier this month, Egyptian Foreign Minister Nabil Fahmy told a state newspaper that U.S.-Egyptian ties were in "turmoil" and that "anyone who says otherwise is not speaking honestly."

For Middle East observers, the Saudi case, especially, has been fascinating to watch as the kingdom rarely allows diplomatic spats to go beyond palace walls. "It's part of an overall trend, America's disengagement and a seemingly aloof Obama, and in the Syrian case, that aloofness ran counter to the Syrians' and Saudis' interests," said Andrew Tabler, who focuses on Syria and U.S. policy in the Middle East at The Washington Institute For Near East Policy.

"The Syrian conflict has become so regionalized that our Saudi allies will now openly criticize the White House. It's amazing." Nobody's expecting breaks in relations. But U.S. diplomats are working hard to ensure that the disputes don't escalate. So far, those efforts appear to be failing.

The alleged NSA monitoring of Merkel's phone is a key case in point. On Wednesday, Merkel confronted Obama about the claim in a phone conversation in which she reportedly used words like "unacceptable." The White House later said in a statement that Obama had assured her that her cellphone was not being targeted. But a German statement recounting the same call made no mention of Obama's assurances, and it was clear the next day that Obama had had no calming effect when the Foreign Ministry summoned the U.S. ambassador to deliver another dressing down.

Every paragraph above is accurate but only on the surface. The Europeans may want a "no spying agreement," but the US is actually said to be warning Europeans that Snowden has in his possession certain documents that show clearly that European leaders were well informed of US spying efforts and cooperative as well.

As far as Egypt goes, the US State Department and its customized youth movement AYM destabilized Egypt and then backed the placement of the CIA-supported Muslim Brotherhood in a leadership role. If Egyptian military leaders are upset with DC, it's not because they were blindsided. They surely knew what was coming.

The article tells us that America's disengagement is "part of an overall trend … and a seemingly aloof Obama." This is what we are meant to believe. The current chaos is the result of a great man's flaws. The history of the world is determined by the quirks and strengths of those in power.

Yet this disengagement, in our view, is part of the price that Obama is paying in assuming the presidency. He is a kind of actor on the world stage and now, in his second term, it is his turn to be the target of the world's opprobrium.

The Middle East – and the West generally – is being destabilized, but it has little to do with Obama. The target, as we have pointed out repeatedly, is the US dollar. First George W. Bush debauched the currency with nonsensical but expensive wars and equally frivolous domestic programs. Then the State Department, under Hillary Clinton, launched a series of covert wars in the Middle East that have further destabilized US finances and begun to undercut the Saud family as well.

Of course, the Saud family is probably well aware of this by now and likely terrified. If we are correct, the power elite that set up the dollar regime to begin is busily destroying it. They've destabilized the US economy, set the Middle East aflame and created a new fracking technology to split asunder the Saudi/US petrodollar agreement. If oil is available everywhere – or even if that is the perception – then eventually the Saudis will not have the clout to continue to insist on oil-for-dollars.

And then there are the BRICS. We're supposed to believe that Brazil, a virtual colony of the US, and India, certainly a longtime colony of Britain, and China – also dominated by Britain for a century or more – have all of a sudden become independent rivals of Western power. We would feel better about this analysis if the BRICs nomenclature hadn't been coined by Goldman Sachs about 10 years ago – almost exactly the time that BRICs economies took off.

It is all, well … a kind of directed history, in our view. That's why we point out that the McClatchy article is factually correct but that it gets reality wrong. It's like reading about World War One without understanding that two of the most powerful men in the world were attacked at the same time on the same day.

Of course, such a reading as this – which broaches the idea of directed history – is indeed conspiratorial. But history, it seems to us, is full of conspiracies, especially modern history, which has seen the concentration of great money power in just a few hands.

Yes, it seems to us that a lot of the current chaos is calculated. It seems to us that Obama has a part to play but to attribute what's going on to his personality or even to the inevitable demise of a tired empire is to internalize a fairly simplistic analysis.

The Big Men seem to have decided on moving toward an ever more internationalized financial system, one that may include a single central bank and even a single currency. To do this they have to destabilize the world's current reserve currency and reduce US clout in the world. That's certainly what's happening. Maybe it's a coincidence.