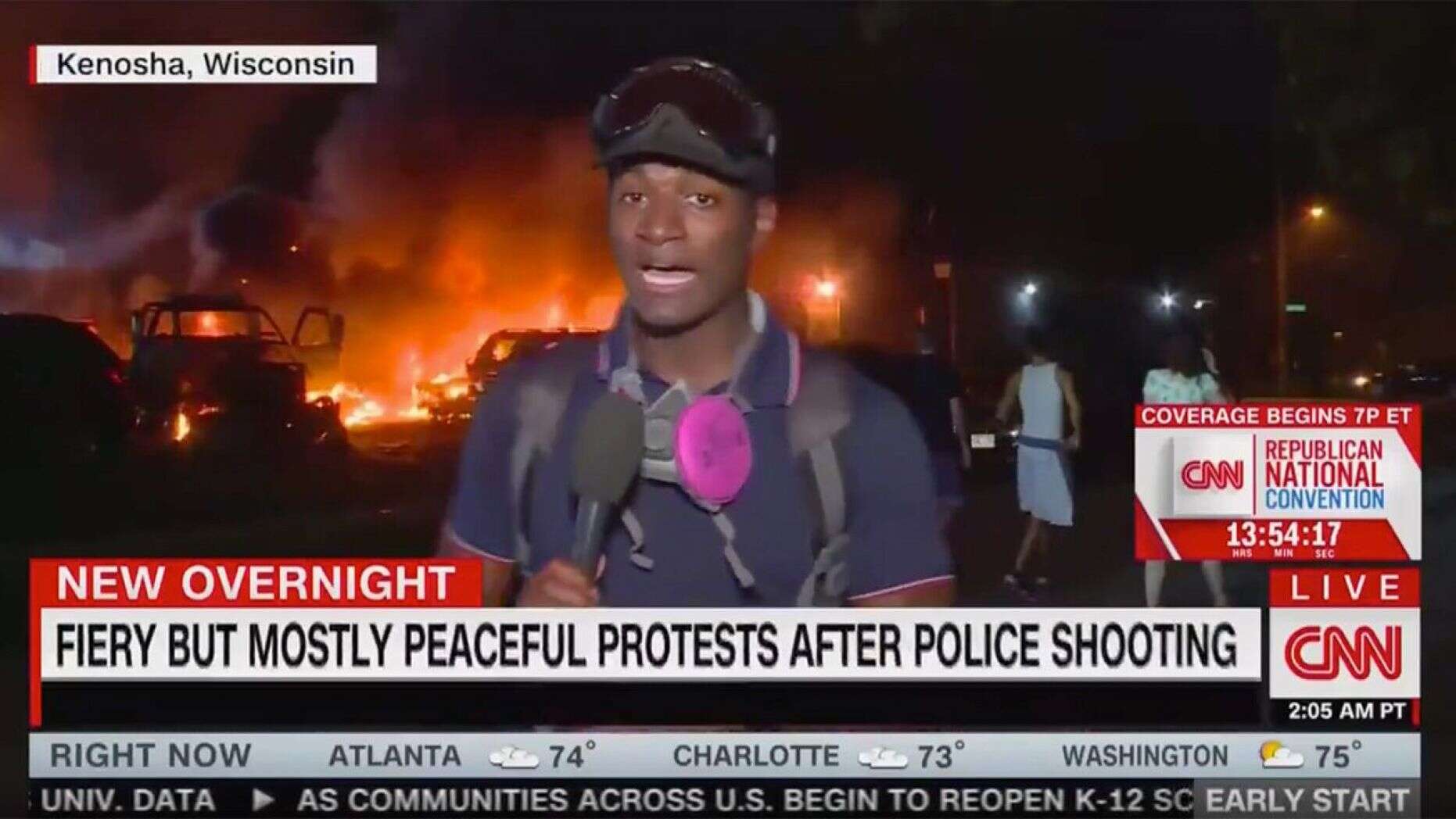 American diplomat George Messersmith found himself in an awkward situation while attending a luncheon in Kiel, Germany in August of 1933.

As lunch came to a close, the attendees erupted into song with arms outstretched in the Nazi salute.

First they belted out Germany’s national anthem, followed by the anthem of the Stormtroopers– the paramilitary ”Brownshirts” who violently enforced Germany’s new social rules.

Messersmith was the US Consul-General overseeing America’s diplomatic ties with Germany, so he politely stood at attention. But he did not salute or sing along.

Germans were required by law to render the Nazi salute, especially during the anthem; Hitler had been awarded supreme executive authority only a few months before, and he made the mandatory salute law of the land.

Foreigners, however, were explicitly exempt from saluting or singing the anthem.

But that didn’t help Messersmith.

Even though he was legally excused from making the Nazi salute, angry Brownshirts menacingly glared at him for not participating in their rituals.

Messersmith later wrote in his memoirs that he felt threatened, as if the Brownshirts were ready to attack him.

“I felt really quite fortunate that the incident took place within doors. . . For if it had been in a street gathering, or in an outdoor demonstration, no questions would have been asked as to who I was, and that I would have been mishandled is almost unquestionable.”

Messersmith was one of the few US officials who grasped just how dangerous the Nazis were in 1933. Others had to witness it first hand before they understood.

A similar event unfolded when a US radio host and his family found themselves amidst an impromptu Nazi parade in Berlin.

And in order to avoid Hailing Hitler, they turned their backs to the parade and gazed into a store window.

But several Brownshirts quickly surrounded the family and demanded to know why they did not salute.

The family explained that they were from the US and didn’t know the customs in Germany. But the Brownshirts didn’t care. The family was assaulted as police officers watched… and did nothing to stop the violence.

News of these sorts of incidents quickly made their way overseas, and foreigners read about Americans traveling in Germany being savagely beaten or threatened for not engaging in Nazi rituals.

But more surprising is that many foreigners actually sided with the Nazis.

Even the daughter of the US Ambassador to Germany defended the Nazis and their Brownshirt enforcers.

She said that news reports of these assaults and beatings were “exaggerated by bitter, close-minded people” who ignored the “thrilling rebirth” Hitler had ushered in for Germany.

Of course, we know in retrospect that these early warning signs were not at all an exaggeration. They were a small preview for what would come next.

Today we are obviously in a different time dealing with totally different circumstances.

But it would be foolish to ignore the early warning signs and pretend as if what’s happening now is not a preview for what could come next.

This is perhaps best illustrated by a CNN reporter in Kenosha, Wisconsin back in August who stood in front of burning cars and buildings, with a violent mob all around him, yet declared the protests “fiery but mostly peaceful.” 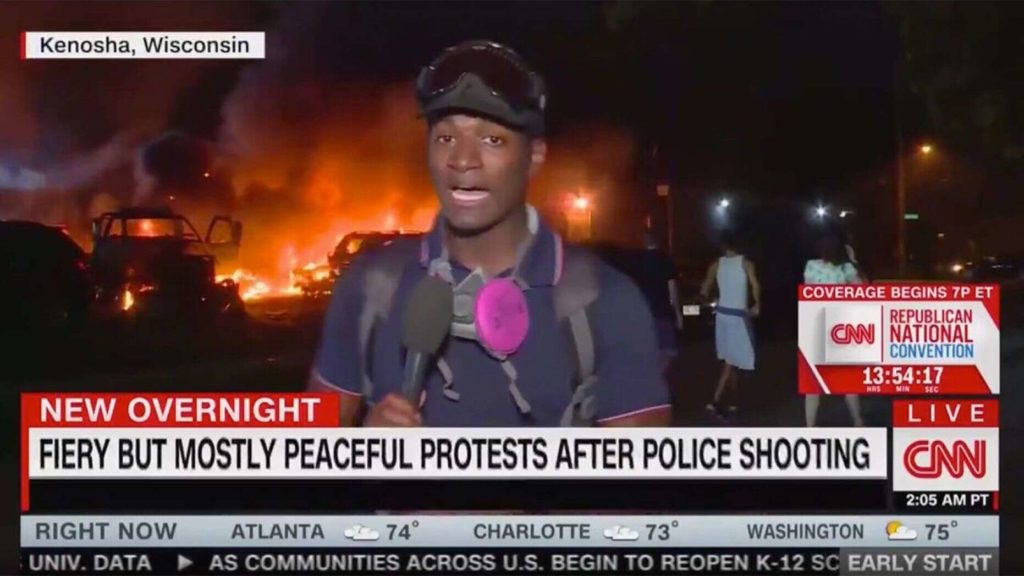 This willful ignorance of the undercurrent coursing its way through the Western world will not save anyone from the destruction it brings.

For example, just this past Monday, “peaceful protesters” in Portland, Oregon celebrated Columbus Day with an “Indigenous People’s Day of Rage.”

They weren’t even pretending to be peaceful. They called it what it is: RAGE. That’s literally the name they gave to their own actions.

Hundreds of people dressed in all black, covered their faces, and armed themselves with shields and nightsticks. They marched their way through the city, smashed windows, and forced any witnesses to stop filming and delete photographs.

A man who filmed from his apartment’s terrace had lasers shined in his eyes and was doused in some sort of liquid.

The protesters tore down statues of Teddy Roosevelt and Abraham Lincoln. They smashed the windows of the Oregon Historical Society building, and unfurled a banner that said “stop honoring racist colonizer murderers.”

Police did not even attempt to intervene until the rioters had been on the streets for hours and had already caused havoc and destruction.

(Ironically, much of the mainstream media still refuses to acknowledge that this group ‘antifa’– the fascists who call themselves anti-fascists– even exists.)

It’s obvious that a small, fringe, ideological minority has started to take control.

They have squashed civil discourse and free speech. Dissent is met with violence and intimidation. And if you dare to speak out, you become a target.

That could mean being “cancelled” by the Twitter mob. Or being accosted in public and forced to raise your fist. Several people have already been killed in protests across the nation.

When people like the former CEO of Twitter are calling for capitalists to be “lined up against the wall and shot,” it’s time to take the threat seriously.

This is far from the first time in history that a tiny fraction of the population has resorted to violence and extremism to force their agenda on an entire nation.

But you don’t have to watch helplessly as the born-again Brownshirts destroy everything you have worked for.

The first step is to recognize that the radical movement will not simply go away on its own. This has been growing for some time, and history tells us that it could become much worse.

Second, have a rock solid Plan B. This means deciding– in advance, when you’re still calm and rational– what steps to take in order to secure your family’s safety, your prosperity, and your freedom in a worst case scenario.

After all, you don’t want to be thinking about your next move when some antifa thug ‘peacefully’ hurls a molotov cocktail through your window.