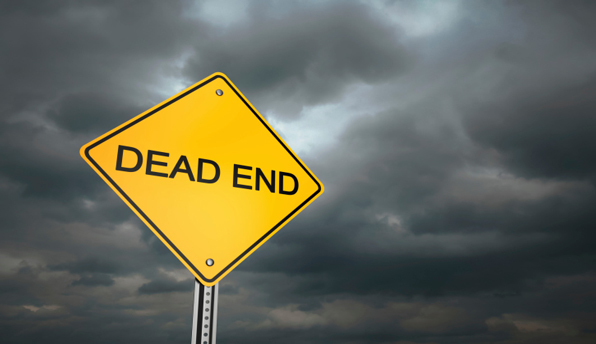 This Is the Age of Civil Unrest … All governments had better open their eyes for we are on the brink of a major convergence between both the Cycle of Civil Unrest, Civil War & Revolution and International War. Both of these models converge and as I pointed out at the Cycles of War Conference, this is the first time we have seen this convergence since the 1700s. This is no plain modern event with civil unrest erupting because of an interconnected world. – ZeroHedge

Dominant Social Theme: In the end everything will be okay. Powerful, caring people are in charge.

Free-Market Analysis: The world's pre-eminent cycle forecaster has caught up to us (see above excerpt). Martin Armstrong published his grim analysis on his own website and over at ZeroHedge and it's attracting a great deal of attention.

Armstrong is no flash in the pan. A forecasting pioneer, especially when it comes to gold, Armstrong has apparently received as much as US$10,000 an hour for his forecasting abilities, and he obviously remains opinionated and controversial.

The excerpt speaks for itself, but the blunt summation of what's going on eloquently summarizes what we have been predicting for years now: That what we call the Internet Reformation is going to reshape the world.

The difference between previous epochs and now is that people are aware of the mechanisms that are destroying their societies and undermining their culture. This is no doubt adding to the civil unrest that Armstrong observes.

These are grassroots uprisings cross-fertilized perhaps from a world contagion yet they often have similarities –corrupt governments. Turkey, Ukraine, Thailand, Venezuela and Bosnia-Herzegovina are all middle-income democracies with elected leaders besieged by people angry at misgovernment, corruption and economic sclerosis.

These days it is no longer just dictators who have something to fear from the crowd. This is the promise of Marxism that centralized planning and false promises are coming home and governments are too corrupt and incompetent to deliver what they have claimed for decades.

Communism is dead. The socialistic agendas that have lined the pockets of government and filled the coffers of banks is over. The national debts are on average composed of 70% interest payments not programs to help the poor as marketed.

The debts that keep growing with no intent upon paying anyone back are draining the national productivity and turning the people into economic slaves. The standard of living has declined and it now takes two incomes to survive where one use to be just fine. Women won the right to work and lost the right to stay home.

The promises that you save for the future have collapsed into dust as interest rates have been driven lower making savings utterly worthless. There is no such thing as saving and living off your fixed income. The elderly are being driven back into the work force and the whole ideas that a generation believed in are vanishing before their eyes.

So it is no longer communists and dictators that are the targets. All governments are now the targets and when the economy turns down after 2015.75, the threat of civilization will be pulled apart by the self-interest of politicians clinging to power to the detriment of the people.

Despite the power of these prognostications, Armstrong doesn't fully explain the paradigm that we see at work. That's all right, however. At least he has made an honest attempt to summarize what's going on.

Not only that, he's amazingly mathematical about his prognostications. Here's an excerpt from a Bloomberg article on Armstrong circa 2011:

"In Armstrong's view of the world where boom-bust cycles occur like clockwork every 8.6 years, what matters is his record as a forecaster. … He called Russia's financial collapse in 1998, using a model that also pointed to a peak just before the Japanese stock market crashed in 1989. These days, as the European sovereign-debt crisis roils markets worldwide, he reminds readers of his October 1997 prediction that the creation of the euro "will merely transform currency speculation into bond speculation," leading to the system's eventual collapse."

We're certainly not so mathematical as Armstrong. But his prognostication regarding the market's demise near 2016 uncannily tracks our own perspective. As does his general sense of the unraveling not just of the West but of the global system.

Armstrong sees it as a function of debt and attributes the unbearable loan portfolio to greedy politicians and supine electorates. We have a somewhat different point, though we arrive at the same conclusion.

Is it all just a gigantic mistake? We have a hard time with that. There is too much power concentrated at the top among just a few central bankers and the BIS itself. These trends have taken decades to develop while the BIS has met regularly alongside the G8 and the G20. It stretches credulity to believe all these august and intelligent individuals observed the evolution of sovereign debt overload but did nothing.

Either they simply didn't notice or they saw but declined to take action. Thus, they were exceptionally absent-minded in aggregate or amazingly passive. We don't believe the world's most powerful leaders and financiers are either. The third option is that of directed history. What has come to pass is what was intended.

Out of chaos, order …

The only way to increase internationalism is to create a crisis and then offer a solution. We've been predicting this for years.

Most recently, we've explained it within the context of a Wall Street Party that is intended to continue for the next year or two – making those who participate carefully in a calculated manner extraordinarily wealthy before the curtain finally comes down.

And now Armstrong has chimed in. The difference is, we think it's very important to understand the WHY as well the WHAT.

Understand the modern command-control-paradigm of the power elite and you shall be rewarded with a considerable sense of control both psychologically and within a larger personal, professional and even investment context.

There is trouble coming, no doubt, but if you understand the context, you will be in a better position to take the human action that can help yourself, your loved ones and your friends and community.