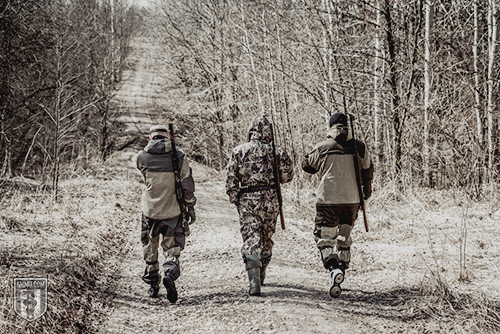 It is interesting to hear certain kinds of people insist that the citizen cannot fight the government. This would have been news to the men of Lexington and Concord, as well as the Mujahideen in Afghanistan. The citizen most certainly can fight the government, and usually wins when he tries. Organized national armies are useful primarily for fighting against other organized national armies. When they try to fight against the people, they find themselves at a very serious disadvantage. If you will just look around at the state of the world today, you will see that the guerrillero has the upper hand. Irregulars usually defeat regulars, providing they have the will. Such fighting is horrible to contemplate, but will continue to dominate brute strength.

When one discusses the real reason for the Second Amendment – the right of citizens to defend themselves against a potentially tyrannical government – inevitably someone points out the stark difference in firepower between a guerrilla uprising in the United States and the United States government itself.

This is not a trivial observation. The U.S. government spends more on the military than the governments of China, Russia, Saudi Arabia, India, France, United Kingdom, and Japan combined. Plus, the potential of a tyrannical government is arguably upon us – with the federal government spying on its own citizens, militarizing local police departments with equipment and tactics from the War on Terror, and repeatedly searching Americans, which desensitizes them to this invasive process.

There is much historical precedent, however, for guerrilla uprisings defeating more powerful enemies. For instance, the Cold War saw both superpowers brought to their knees by rural farmers – for the Soviets, their adventure in Afghanistan against the Mujahideen, and for the United States, the Vietnam War against the Viet Cong.

In both cases, nuclear weapons could have been used against the guerrilla uprising, but were not. Even assuming the use of nuclear weapons from the position of total desperation, it’s hard to imagine they would have made much of a difference in the final outcome of either conflict. Unlike the invading armies, the local resistance enjoyed both broad-based support as well as knowledge of the local terrain.

Now imagine such a scenario in the United States. You wouldn’t be the first person to do so. From Red Dawn to James Wesley, Rawles’ Patriots series, there is a relatively long-standing tradition of American survival literature about the hoi polloi resisting the tyranny of big government, either before or after a collapse.

For the purposes of this article, consider what a domestic American terrorist or freedom fighter (after all, the label is in the eye of the beholder) organization based on the militia movement would look like in open revolt against the United States government. In the spirit of levity, we’ll call them the “Hillbilly Viet Cong.” They would most likely find their largest numbers in Appalachia, but don’t discount their power in the American Redoubt, or the more sparsely populated areas of the American Southwest, including rural Texas.

Here we have tens of thousands of Americans armed to the teeth with combat experience, deep family ties to both the police and the military, extensive knowledge of the local geography, and, in many cases, survivalist training. Even where they are not trained, militant and active, they enjoy broad support among those who own a lot of guns and grow a lot of food.

On the other side, you have the unwieldy Baby Huey of the rump U.S. government’s military, with some snarky BuzzFeed editorials serving as propaganda.

Could the Hillbilly Viet Cong take down the USG? Maybe, maybe not. But it’s difficult to imagine that the USG could take them down.

Indeed, even with a number of nasty little toys on the side of the federal government, we live in an age of a technologically leveled playing field. This is true even when it comes to instruments of warfare. While the USG has nuclear weapons, it’s worth remembering that a pound of C4 strapped to a cheap and readily available commercial-grade drone is going to break a lot of dishes.

This sort of guerrilla insurgency has a name: It’s called fourth-generational warfare (4GW), and you might be surprised to learn that you already live in this world.

What Are the First Three Generations of Warfare?

To understand how 4GW is a new and improved form of war, we first need to explain what the first three generations of warfare were:

The first generation (1GW) is basically what you would have seen in the movie 300. The hallmarks of this generation of warfare are armies from two different state actors leveraging line-and-column tactics and wearing uniforms to distinguish between themselves.

This generation is not entirely without subterfuge. For example, counterfeit currency was used to devalue the money supply during the 1GW Napoleonic Wars. Other examples of 1GW conflicts include the English Civil War and the American Revolutionary War.

The second generation (2GW) comes with the advent of rifling and breech-loaded weapons. As students of military history know, the invention of rifling was one of the reasons that the United States Civil War was so bloody. This meant that firearms that were once mostly for show after 100 feet or so, were now deadly weapons – and tactics did not immediately evolve.

But evolve they did. Many things we take for granted as being just part of warfare – such as camouflage, artillery, and reconnaissance – are defining features of 2GW. The American Civil War is probably the first 2GW conflict. Others include the First World War, the Spanish Civil War and, much more recently, the Iran-Iraq War. The United States military coined this phrase in 1989.

This phase of warfare, also known a 3GW, is the late modern version of warfare, where speed and stealth play a much bigger role. Weapons and tactics alone are less important. Instead, military units seek to find ways to outmaneuver one another before – or even instead of – meeting on the battlefield.

The era of 3GW was initiated with the Blitzkrieg, which marked the decisive end to cavalry and replaced it with tank and helicopter warfare. Junior officers were given more leeway to give orders. The Second World War was the first 3GW conflict, with the Korean, Vietnam and both Iraq Wars becoming further examples of this style of fighting.

What Is Fourth-Generation Warfare?

The most direct way of discussing 4GW is to say that it describes any war between a state actor and a non-state actor. This is also known as asymmetrical warfare, but it’s not the only difference between 4GW and other, earlier forms of conflict. Asymmetrical warfare does, to be sure, blur the lines between combatants and civilians. This is in part what made the Bush-era “war on terror” so difficult and complicated: The war was against a set of ideas rather than a nation or even an extra-national army.

There are a number of characteristics that flow from the state actor vs. non-state actor aspect of 4GW. The first is the use of terrorism as a regular tactic, almost always on the part of the non-state actor. Particularly for the state actor, non-combatants become tactical problems – you simply can’t just carpet bomb and hope everything works out.

The non-state actors tend to be highly decentralized. One faction can stop fighting as another 10 crop up in its place. Funding and source of manpower and material comes from a wide array of sources spread out over nearly the entire globe. This necessarily makes 4GW long and drawn out over years or perhaps even decades. The psychological warfare, propaganda and lawfare aspects are an integral part of the conflict.

The genesis of 4GW lies in the Cold War and the post-colonial era. Insurgent groups and counter-insurgency groups vied for power, often times with state actors operating behind the scenes and in the background. Sometimes the goal was to establish a new state or reestablish a defunct one. However, many times the only goal was to delegitimize the existing state and create a power vacuum.

Places such as Laos, Myanmar, Iran, Guatemala, Vietnam, the Congo, Cuba, East Timor, Korea, Poland, and Afghanistan were all pieces in the global chessboard of the Cold War as various insurgency and counter-insurgency groups backed by the Soviets, the Americans, and/or the Chinese fought one another or fought against occupying forces.