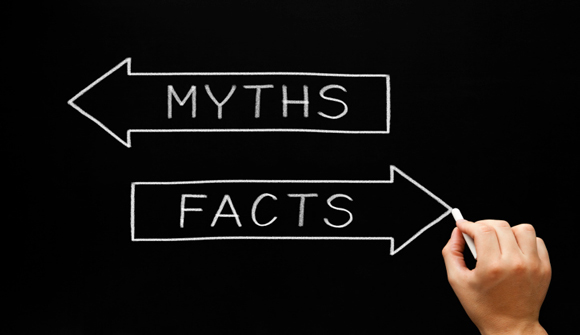 STAFF NEWS & ANALYSIS
At a certain point, even the Gestapo had to stop cancelling people
By Simon Black - March 11, 2021

On April 26, 1933, the interior minister for the German state of Prussia issued a decree creating a new secret state police, or Geheime Staats Polizei, abbreviated: Gestapo.

The Gestapo was tasked with stamping out all opposition to Germany’s new Chancellor and the party he brought to power one year earlier.

It operated by collecting tips from ordinary citizens, including even school children. And this network of Gestapo informants changed Germans’ behavior almost overnight.

Even a joke about the ruling party could land you in a Gestapo interrogation room. Talking politics around your children became a dangerous gamble.

According to Erik Larson’s book In the Garden of Beasts, 37% of denunciations “arose not from heartfelt political beliefs, but from private conflicts with the trigger often breathtakingly trivial.”

For example in one case, a grocery store clerk reported a customer who insisted on receiving the wrong change. The customer was accused of tax fraud.

Another man lent a banned book to his friend, and was quickly denounced by his friend’s wife.

The new Chancellor— who encouraged the behavior — was so shocked by the citizens’ eagerness to rat out their neighbors that he remarked, “We are living at present in a sea of denunciations and human meanness.”

That Chancellor, of course, was Adolf Hitler.

The secret police didn’t need wire taps in every home or spies on every street corner. They found an army of willing, eager informants in the general population.

The volume of denunciations was so great, in fact, that the Gestapo actually had to ask people to stop reporting political crimes to them, because they were overwhelmed and found it impossible to process them all.

Obviously Germany in the 1930s is an extreme case, and I’m not saying that the West today is in the same boat. Not even close.

The similarity, however, is how quickly things changed.

In Nazi Germany, the entire culture changed literally within a few months. In early Spring of 1933, people were still civil to one another. By the summer, they were ratting out their friends and neighbors to the secret police.

Similarly, it wasn’t that long ago that people in the west felt free to speak their minds and state an opinion.

Today saying the wrong words can get you fired, cancelled, and your life turned upside down.

For example, lately there’s been a number of so-called “fact checkers,” i.e. self-appointed censors, who are upset about a new app called Clubhouse.

If you haven’t heard of it, Clubhouse allows people to discuss different topics in audio-only chat rooms.

The audio-based content does not allow recording. And that means there is no record of conversations.

As one fact-checker laments:

She then asks the reader, “If Xi Jinping’s administration isn’t ignoring Clubhouse, why should fact-checkers? Why should you?”

Apparently, the repressive Chinese regime is a shining example that the fact checkers think we should all follow.

Just like the West followed China’s lead on imprisoning people inside their homes in the name of stopping the spread of Covid-19, the West should apparently stamp out any platform that allows intellectual dissent.

Of course, intellectual dissent covers a lot of ground these days.

For example, a professor at John Hopkins School of Medicine wrote an op-ed for the Wall Street Journal recently predicting “We’ll Have Herd Immunity by April”.

The author has impeccible credentials; in addition to his MD, he obtained a Maser of Public Health from Harvard, served at the World Health Organization, and was recommended by the American College of Surgeons to become the Surgeon General of the United States.

But the fact checkers don’t think that his view should be repeated.

Sure, there are scientists who think that herd immunity is a long way off.

The aim of these people is to put reinforce a specific narrative, and denounce anything contrary to that narrative as “misinformation” or “hate speech”. And anyone who is caught sharing or espousing such views is derided as a conspiracy theorist… or worse.

Accept the opinions they tell you are correct, or be denounced.

What’s incredible is that this culture has emerged in basically less than a year.

The US, along with many western countries, have clearly changed. Freedom is no longer the widely accepted cultural value it once was. It’s been replaced by compliance, censorship, and fanaticism.

If this doesn’t make you start thinking about a Plan B, I’m not sure what will.