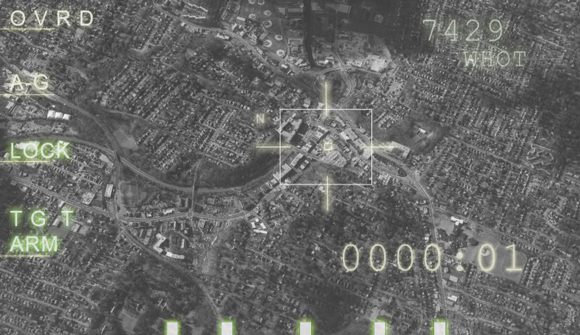 US general rebrands Isis 'Daesh' after requests from regional partners … Leader of operations against group uses alternative name – a pejorative in Arabic that rejects fighters' claims on Islam … A top Pentagon general has informally rebranded the jihadists of Isis with the name "Daesh" after allies in the middle east asked he not use the group's other monikers for fear they legitimize its ambitions of an Islamic state. Lieutenant General James Terry almost exclusively used Daesh in reference to the militants at a press conference Thursday, although the Pentagon's policy to primarily use "Isil" – an acronym for "the Islamic State of Iraq and the Levant" – has not changed. – The Guardian

Dominant Social Theme: Now that we have an enemy we need to rename it.

Free-Market Analysis: This article appeared in The Guardian almost exactly a year ago. As you can see, it makes a case for renaming various Middle East terrorist groups "Daesh." The name apparently did not catch on right away because there has been a flurry of articles in the past few months about rebranding ISIS as Daesh.

Downing Street announced on Wednesday that David Cameron and other Government ministers would start referring to the militant group known as "Isis" as "Daesh" … What does 'Daesh' mean? "Daesh" is another name for the militant group which calls itself "Islamic State" which is often referred to in the media by its historic names Isis or Isil.

Daesh is the Arabic acronym standing for the Islamic State in the Levant. It was used before the group took control of northern Iraq and eastern Syria. Acronyms are not common in Arabic, but Arabs across the Arab world fell in love with this one because it rhymes with or suggests a number of nefarious words and concepts in Arabic: "Committer of heinous crimes," "crusher," "crumbler," "shocker." What better way to not acknowledge the group?

These articles show how deliberately and patiently the "war against terror" is being pursued. First, options are explored regarding nomenclature, and then the media – the British press in particular – begin to urge a certain selection. Daesh is the preferred result, though it's taken about a year to get there.

The choosing of the name takes on more questionable overtones when one examines the antecedents of the "enemy." The alternative news investigatory website MintPress News has just published an extensive article on Daesh's origins. The article has been reposted widely and appears at LewRockwell.com today.

Daesh: The 'Enemy' The US Created, Armed, And Funded … To delve into Daesh's convoluted money trail, one must first explore its equally convoluted origins. And in both areas, the role of the U.S. and its allies can not be ignored.

Out of nowhere, it seems, Daesh, also commonly referred to as ISIL or ISIS, spontaneously formed, a group that perverts aspects of Islam for its own violent ends, and threatens, we are told, all that the civilized world holds dear.

The "war on terror," governments inform their citizens, has a new front. And that front is Daesh. Let us not be too hasty. Things are not always what they appear. Daesh is well-financed, and that money must be coming from somewhere other than a ragtag band of malcontents.

Logically and in some detail, the article goes on to make many of the same points that others in the alternative news media have made about Daesh: importantly, that the movement was indeed "manufactured" by the West.

In fact, the article places Daesh directly on the US's doorsteps. It shows how the US, having helped create Daesh, then begins to arm the enemies of Daesh.

When possession of the moral high ground is just an illusion, when rhetoric spewed from the mouths of hypocritical politicians to get the citizenry to wrap themselves in the flag and shed a tear for apple pie, motherhood and Old Glory, and when the almighty dollar is always the bottom line, nothing is going to change.

As powerful as the pen is, exposés like this will not end the cycle of violence in the Middle East. But such information does have the effect of exposing more people to the truth and thus further reducing support for these endless, artificial wars. For those who want to see the devastating "war on terror" come to an end, sharing this information with others is certainly one valuable action to take as we seek to encourage others to stop supporting the carnage.

The best thing that people can do when it comes to these wars is to stay as far away from them as possible – even in the US. They have nothing to do with patriotism or "defending the country" but are part of a cynical exploitation of patriotism and love of country generally. Those who participate in these wars are often cast aside once their participation is over, with grievous emotional or physical wounds. Don't let it happen to you.