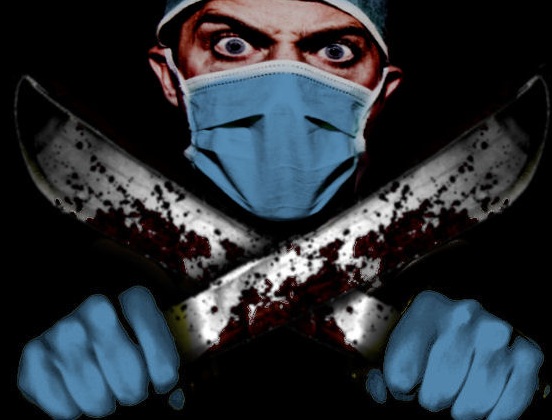 A lot of attention has rightly been paid to self-professed dictatorship admirer Canadian PM’s pronouncement that the serfs he rules over can’t “buy, sell, transfer, or import handguns anywhere in Canada” anymore.

Behold the sea of masked servants of state behind him nodding their heads in bovine agreement.

But, despite the widespread attention Trudea’s gun ban attracted, one critical aspect of the speech has been overlooked:

“These are actions that doctors… have been calling for for years. And we’re acting on their advice.”

By way of implication, Trudeau casually inserts the parenthetical addendum that doctors set gun policy now – as if that authority so naturally and intuitively fits within doctors’ purview that it required no elaboration.

‘They said a .22-caliber bullet will lodge in the lung, and we can probably get it out — may be able to get it and save the life. A 9mm bullet blows the lung out of the body,’ Biden said. ‘Remember, the constitution was never absolute.'”

The health impacts of bullets now apparently inform legal interpretations of the Bill of Rights.

“Gun control” is merely part and parcel of the Public Health© takeover of every aspect of political decision-making. By increment, everything becomes a “public health” issue; therefore, the public health experts penetrate every aspect of life and usurp authority over them all:

Banning the capacity of the population to defend itself is the latest pet project of the “scientific-technological elite” who have performed a silent coup, which US President Eisenhower warned of in his infamous farewell speech.

In a free society, faceless entities referred to as a collective of “doctors” operating in the shadows don’t make and set public policy. Their job is healing and promoting health – a function, which, if you look at chronic illness rates, they’ve failed miserably. 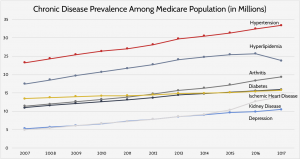 Every year Americans get sicker and sadder – and now the “experts” overseeing skyrocketing chronic disease rates want to go replicate such sub-par work on social issues. Perhaps we should demand the medical establishment fix heart disease rates before it spreads its wings and ventures into politics.

The “doctors/experts say” narrative is a cheap rhetorical trick: Who wants to be seen to be against doctors, and “public health”? If you don’t want to be labeled an “anti-science extremist,” better turn in your guns, roll up your sleeves to submit to whatever medical treatments they roll out next to combat the next man-made pandemic, and do whatever else they say.

You wouldn’t want the biomedical security state to consider you a domestic terror threat, would you? 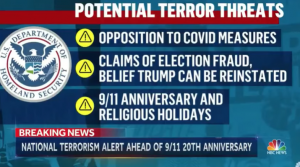 In a similar way to commandeering the “gun control” and COVID-19 policies, the US Public Health© authoritarians at the CDC seized authority over the housing industry under similar pretenses during the COVID lockdowns:

“The CDC will use its power under federal law to prevent any landlord who has the legal right to evict a tenant from doing so to prevent the spread of COVID-19.”

So, they locked down the economy, which forced the closure of hundreds of thousands of small businesses, and shuttered “non-essential” workers in their homes. As a result, renters couldn’t pay their landlords and a looming eviction crisis developed. In response to the economic disaster caused by their own policies (not “by COVID” itself, as they often claim to skirt responsibility), the Public Health© authorities capitalized on that crisis to expand their power into new domains.

That’s a microcosm of the problem-reaction-solution – the government’s tried-and-true power-grab scheme — paradigm at work.

In yet another example of Public Health© uber alles, combatting “racism” now falls under the purview of the medical authorities as well. Via the American Public Health Association:

“Across the country, local and state leaders are declaring racism a public health crisis or emergency. These declarations are an important first step to advancing racial equity and justice and must be followed by allocation of resources and strategic action.”

Here is Trudeau saying that “anti-vaxxers” who don’t want to submit to the COVID-19 gene therapies fraudulently marketed as “vaccines” are racist and misogynistic:

In such manners, state social engineering and medicine become inextricably linked in a dizzying bureaucratic and rhetorical labyrinth.

The “gun control” agenda under the guise of Public Health© is no more executed in good faith as the “anti-racism” agenda or the CDC’s power grab over the housing market. These narratives are merely means to the end – which is total authoritarian social control in a new multinational corporate-state governing model a la the World Economic Forum.

When we, the free people of the West — still free in spirit even under the weight of lockdowns and gun grabs and mandatory injections — reject and expose the state’s false, disingenuous justifications for greater power accumulation, the entire social control structure will collapse like a house of cards.