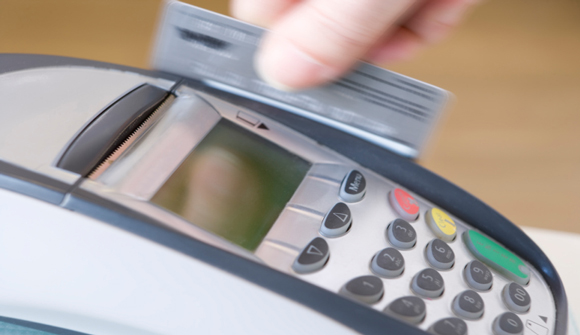 Want a Free Market? Abolish Cash … If you believe that government meddling in financial markets was responsible for the last recession and the lackluster recovery, you might be right. But probably not in the way you think.  – Bloomberg

Some Bloomberg editorials are stranger than others. This one is especially strange because it argues that banning cash will create a stronger, freer market.

How does a government ban on certain items make anything freer? We don’t understand.

Two government mechanisms prevent real interest rates from getting too negative. The first is cash: As long as people can hold currency, which loses its value only at the rate of inflation, they won’t buy safe assets that yield even less.

The second is the central bank’s promise to keep the inflation rate low and stable — at about 2 percent in most developed nations. As a result, people have little reason to hold any asset that yields less than negative 2 percent (perhaps negative 3 percent, considering that cash is bulky and hard to store).

In other words, governments — by issuing cash and managing inflation — put a floor on how low interest rates can go and how high asset prices can rise. That’s hardly a free market.

Say what? The reason rates are so low in the first place is because of monopoly central banking, which exists in the US only because Congress voted to create the Federal Reserve.

The Fed is a monopoly money facility. It is not a free-market creation.

So the logic of this editorial is that because the Fed has irrationally damped rates – as part of a larger move to ruin economies and bring in a global central bank – the US government should ban cash and unleash negative rates.

The result of all this government and central bank price fixing will allow a “free-market” to operate more powerfully and efficiently. Wow.

The right answer is to abolish currency and move completely to electronic cash, an idea suggested at various times by Marvin Goodfriend of Carnegie-Mellon University, Miles Kimball of the University of Colorado and Andrew Haldane of the Bank of England.

Without cash, interest rates “would be able go as far into negative territory as the market required.”

The corollary here is that some people, like retirees and seniors, might get very angry about negative rates. But there’s a solution to that too: “If a government wants to redistribute resources to the elderly or the poor, it’s much better off just giving them money.”

So now we have a third, comprehensive government program. First, ban cash. Second release negative rates. Third, give money to retirees to compensate for the lack of interest.

Then a fourth necessity. Government needs to provide people with an alternative to cash that preserves anonymity. “In its absence, governments would have to allow the private sector to offer alternatives with the same attractive features.”

So government will create a new facility that ensures the same privacy as cash transactions. Why do we have a hard time believing this? ….

The larger issue here is that government “laws” – any type of government actions actually – fix prices; this inevitably distorts the market and creates unexpected, negative results. Over time these negative results can turn a recession into a depression. Many would argue we’re already living through one.

Conclusion: The way to compensate for government ruin is to do away with its ruinous policies. Instead, mainstream media and those who support activist government area always suggesting other things government needs to do that will counteract what it has done before. This is nonsense. The only “solution” to government problems is LESS government. And maybe someday, somehow, somewhere, no government at all.