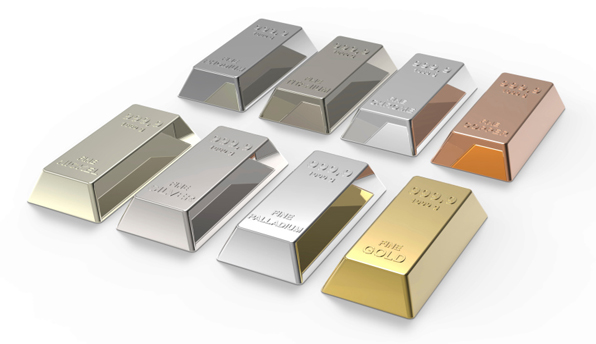 Silver looks like gold as slump defies more car-part use … Silver is being undermined by its association with gold. While makers of everything from jewellery to solar panels are buying the most silver in nine years, prices are languishing. Investors are dismissing industrial demand and instead focusing on the waning appeal of precious metals as a haven, with the Federal Reserve paring economic stimulus measures, inflation muted and equities rallying. – Bloomberg

Dominant Social Theme: These precious metals, what are they good for anyway?

Free-Market Analysis: So silver is suffering from its relationship to gold? That's a bit strange. Gold has been circulated by humans for thousands of years. Supposedly they may have found 100,000 year-old gold mines in South Africa.

But the power elite, ever jealous of its paper printing, wastes no opportunity to denigrate gold, or in this case, silver. Both are money metals and have often provided the basis for a two-metal monetary system in the past. But we are supposed to believe, as Keynes said, that such usage is "barbaric."

Not so, in our view. Historically, silver was the metal of the "people" while gold was used by upper classes. But the utility of circulating both metals at once was that a disruption in the ratio of the metals often signaled manipulation of one metal or the other.

Gold and silver often trade at a relationship of 15 or 16 to one in the modern era. This ratio shows us that silver has a lot of ground to close – price-wise – which is why hard-money advisors often recommend that people buy both gold and silver and are excited about silver's prospects.

It is our theory that we are still in a precious metals bull market that began some 15 years ago and has been temporarily sidetracked by overwhelming securities manipulation. It's hard to believe at any rate that prices for stock indexes or precious metals are uninfluenced by larger, extracurricular factors.

Silver has been dragged down by a yearlong slump in gold, the commodity most widely held by investors in exchange-traded funds, following a decade-long rally that saw prices for both surge more than sixfold. The five most-accurate precious-metals analysts tracked by Bloomberg over the past two years predict silver will average $18.80 an ounce in the third quarter, the lowest since 2010, and gold will drop 7.8 per cent.

"The industrial driver can help, but I don't think it's as influential as the investor," said Robin Bhar, head of metals research at Societe Generale SA in London and the most-accurate forecaster tracked by Bloomberg. "Investors were bullish silver because gold was in a bull market. Now that we have gold in a bear market, there's less enthusiasm coming from investors."

The correlation has been strong. From December 2008 to June 2011, silver tripled and gold surged 70 per cent, with both touching all-time highs, as the Fed pumped more than $2 trillion into the financial system and cut interest rates to a record in a bid to boost the economy. Last year, when signs of economic growth sent gold down 28 per cent, silver plunged 36 per cent. The declines were the most for both metals since 1981.

Silver is down 14 per cent in London during the past six months to $18.93, while gold slid 3.3 per cent, according to Bloomberg generic pricing. The Standard & Poor's GSCI Spot Index of 24 commodities rose 4.1 per cent over the same period. The MSCI All-Country World Index of equities gained 4.4 per cent, the Bloomberg Dollar Index fell 0.3 per cent, while the Bloomberg Treasury Bond Index is up 0.8 per cent.

Concern over the value of haven assets is trumping signs that industrial demand is improving. Half of silver supply is used to make things, more than the 10 per cent for gold, and demand is picking up as economic growth fuels sales of electronics and cars from China to the US.

Since precious metals generally earn returns only through price gains, silver investors were "disillusioned" by the slump over the past year and put their money elsewhere, New York-based researcher CPM said in an April 29 report. Investment demand tumbled 42 per cent last year to 105.3 million ounces, the lowest since 2008, according to CPM, which forecast average prices in 2014 will be lower for a third straight year.

We disagree fundamentally with this analysis. Bull markets always progress to a peak before diminishing. There has not yet been any peak for gold and silver buying. A derailment of a market cycle is a not a turning. Gold and silver bull markets inevitably progress to a paper blow off of mining stocks and this cycle, no matter how long delayed, surely should not be any different.

Savvy investors may hold gold, silver and mining securities besides, bearing in mind that cycles do exist and that despite mainstream hype, this one is not yet concluded.

…. Coin sales to retail investors also … up. The US Mint sold 18.47 million ounces of American Eagle silver items this year, data on its website showed. That compares with 18.3 million in the first four months of last year, which was the most for the period since at least 1986 and occurred mostly before an April 12, 2013, plunge in gold set off a decline in precious metals.

"It's reacting to some extent with gold, but we still think it's mainly driven by industrial demand," said Daniel Briesemann, an analyst at Commerzbank AG in Frankfurt. "Silver will get support from an improving global economy, which should be reflected in higher industrial demand. I would not expect a sustained fall."

We've read the above excerpt several times and we're still not sure of its meaning. Somehow, we come away with the sense that the continued strength in silver coin sales is "driven by industrial demand."

Bottom line: How can the dollar be up against silver so dramatically when the demand for silver coins is deep and sustained? We've asked the same question regarding gold. Chinese and Indian buyers can't get enough gold. And the Chinese government is secretly buying all over the world.

Yet, we are supposed to believe that the dollar has appreciated some 30 percent or more against gold in the past year or so in the face of raging demand for precious metals, and that these trends are going to continue

Yes, we realize you can't fight the tape, which is why we have made a habit of reminding readers about the so-called Wall Street Party and continued stock appreciation. At the same time, prudent diversification is in order no matter what investments are made. Gold and silver certainly constitute prudent investments at this point. So do mining stocks as the cycle inevitably turns.

These are positions, in some cases, for the longer term. Retain your perspective about what has occurred historically and it is easier to detect misinformation in the short term.