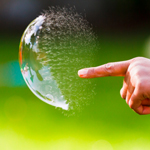 I’m supposed to be on the way to South Africa right now, attending the wedding of one of my closest childhood friends.

According to the bureaucrats, they’ve decided to stop issuing tourist visas… because of COVID.

Technically he said that, because of COVID, they’re going to change the way they issue visas and implement a new system. So for now they’re not issuing them anymore.

It’s an incredible system when you think about it. First, the government creates a completely unnecessary yet mandatory requirement, i.e. you must have a certain piece of paper like a visa, license, passport, permit, etc.

Then, the government awards itself the exclusive monopoly in providing that piece of paper. There’s no free market competition. They and they alone can provide the all-important paper.

Then they unilaterally decide to NOT issue the piece of paper that only they can provide.

It really is ridiculous.

It makes me smile a bit that, growing up in a small village in Lithuania, I always aspired to become a politician.

I had a very strong desire to change the world for the better and make a positive impact. And I always thought that politicians were the ones who did this… so I wanted to be one of them.

I took classes in government and joined all sorts of political clubs. I even became part of Lithuania’s national youth delegation one year and went to Strasbourg to observe how various European Union institutions work.

That trip was enough to prove to me that most political offices are totally useless, if not outright destructive. Bureaucracy rarely makes the world a better place, and it certainly doesn’t help people.

I’m sure everyone reading this has had their own experiences battling against bureaucracy, for something that should have been easy and simple. I’ve had countless experiences myself, and this visa issue with South Africa was just the latest.

It started a few months ago when I first tried to apply for a South African tourist visa; I FedExed them my passport, along with a check for the required fee.

But the embassy sent my passport back within just a few days, without a visa, because they decided to close down for a few weeks due to COVID. They kept the money, though.

So then I decided to fly to Mexico City to apply for the visa in person once the embassy opened back up again.

But the first time I showed up, the consular office was closed. It turns out the visa group only works 12 hours per week.

The second time I went to the embassy, I managed to plan my arrival within the precious 12-hour weekly window. But then the man behind the plastic window told me that, because of inflation, the initial fee that I paid was no longer enough.

Naturally they couldn’t take the money right there in the consulate. No, that would make too much sense and be too convenient.

So I had to go home, transfer the extra money to their bank account, and come back the following day. But the next day, the consular official told me that they would not accept my visa application because they had decided to no longer issue tourist visas.

Then he pushed the documents back at me from behind his plastic window safe space and called the next person in line (and presumably rejected him too).

I then called every South African embassy I could think of, all over the world, in the US, Sweden, Chile, etc. And I received the same answer everywhere.

I have the distinct feeling that a lot of these consular officials enjoy saying “No” and wrecking people’s plans. It’s a little power trip they have, where they get to exercise control over others’ lives.

Obviously there are plenty of talented, hard-working people in some of these offices.

But it’s a larger metaphor for government in general– a bureaucracy that clearly doesn’t work, staffed by (at least some) people who clearly don’t care.

It’s inefficient, noncompetitive, and poorly designed. Nothing about this is helpful, improves people’s lives, or makes the world a better place.

Ironically we live in a time where so many people think it’s a good idea for the government to have even more power and dominance over daily life.

It’s a knee-jerk reaction that, whenever people see something they don’t like, they think “the government needs to do something about this!”

And that’s how the world ended up like this, with governments taking control over what you put in your body, what you are allowed to read, how to spend your own money, what to teach your kids, whether or not you can carry a gas canister in the streets of Ottawa, etc.

Hardly any of them realizes what they are asking for. And they won’t realize it until they have their own run-in with a bureaucracy that disrupts their life.

Finally they’ll understand, but by then it will be too late.

The good news is that we do have at least some power to be selective about which governments we have to deal with.

People are free to move to a different county, different state, or different country, and deliberately choose to live in a place where the bureaucracy is minimal and the rules make more sense.

Several members of Team Sovereign Man, including James (Simon) choose to live in Puerto Rico because the hands-off approach and low taxes are more suitable to their priorities.

Other members of our team are in Spain, which has turned out to be much more open and free than most other countries around the world.

As for me, I obviously don’t plan on applying for South African residency anytime soon; this experience in trying to apply for a tourist visa has been proof enough that the country is not open for business.

But there are still plenty of places in the world that are. Whether it’s a different state/province, or a different country, there’s most likely somewhere in the world where the government ticks the right boxes for how you want to live your life.

I unfortunately lost this battle with the South African consulate over my tourist visa; even with a Plan B as extensive as mine, I still wasn’t able to make it happen.

That said, a Plan B is not intended to be all-encompassing or cover every single possibility.

A Plan B isn’t supposed to fix every problem anyone could ever have. It’s supposed to protect what’s most important. And for me, spending a few days in South Africa never made it anywhere near my list of priorities.

So even with the Perfect Plan B there will still be occasional defeats and inconveniences. But that’s OK as long as what’s most important is protected.

I’m at least grateful that this ridiculous experience has given me an opportunity to spend a lot more time in Mexico City than I originally anticipated… and to be honest I’ve found the city to be incredibly sophisticated, cosmopolitan, and vibrant.

It’s been a pleasant surprise that totally defied my expectations. But more on that another time.