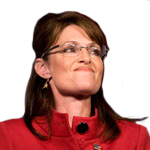 McGraw-Hill could reap just $1 from a sale of Business Week, according to people familiar with the 80-year-old financial magazine's losses. The publisher has appointed Evercore, the boutique investment bank, to sell the business after concluding it was non-core, two people familiar with the decision said. McGraw-Hill, which owns the Standard & Poor's rating agency and a large educational publisher, would only say it was "exploring strategic options" for Business Week. Evercore did not return calls. Auctioning a predominantly print business exposed to financial advertisers during a media recession will be challenging. According to the Publishers' Information Bureau, Business Week's advertising revenues fell by a third to $77.8m in the first half of 2009. The magazine says its circulation is 936,000. – Financial Times

Free-Market Analysis: This is a shock, even in an age of media deflation. Business Week was the bible of American big business, a weekly news magazine that told the definitive narrative of US success around the world. Fortune Magazine chronicled the success of America's business captains, and Forbes focused on the smaller, feistier entrepreneurs. But it was Business Week that placed a definitive stamp on the week's events from a corporate standpoint.

The Economist goes on, of course, as do Forbes and Fortune. Forbes is greatly diminished from its 1980s triumphs when it used to launch 500 and even 1,000 page issues. Fortune, too, does not have the oomph it once had; its parent company Time Life is not what it once was. Yet at almost any time during the later 20th century, these three publications fully defined the mainstream American business conversation.

If it appeared in one of these magazines or in the big newspapers like the New York Times or The Washington Post, it was part of the recognized conversation – and the subject was defined by the coverage. There were other conversations, too, but it is almost impossible to fully describe the purity of US media rigidity in the late 20th century. Everything was in order, everything had a niche.

The niches were not restricted to media, of course. The big business media, of which Business Week was a major part, fully recognized the larger universities that would act as feeders to America's largest and most successful corporations. These corporations were properly valued and meshed with Wall Street investment bankers who were pleased to create additional financings as necessary. When the cable TV stations came along, they meshed with everything else.

It was the Internet that blew it up. The Internet was a radically different force. You didn't need a lot of money to set up a website or to start presenting new ideas. And the kinds of information on the ‘Net was often miles away from what mainstream America was presenting, especially when it came to the argument over money itself, a debate that was simply not present in the later 20th century.

In retrospect, the most important part of the 20th century corporate business conversation was what was left out, not what was reported. And what was left out was the conversation taking place today so vibrantly on the ‘Net about the reality and history of money, governments and their interplay with the larger society. The behavior of central banks was criticized but never the mechanism itself. Gold and silver were mentioned, but usually in relationship to other commodities, not as the money metals they continue to be and have been throughout history. Times have changed.