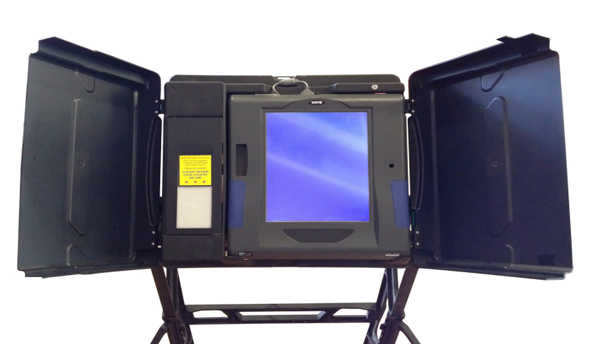 What Does Cantor's Defeat Mean? Nobody Knows … Every political pundit in the country is, right now, writing about what House majority leader Eric Cantor's defeat in today's Republican primary means. But how sure can we be that we know what it means? Essentially none of the pundits, including me, had any inkling that he was going to lose — let alone lose, as he did, by a large margin. – Bloomberg

Dominant Social Theme: Cantor lost because he was out of touch with the GOP's increasingly radical roots.

Free-Market Analysis: Cantor wasn't tough enough on immigration, and that's why he lost. This "explanation" fits in with a larger meme that we've presented in the past: There's no stopping the Tea Party, at least at a personal, non-organizational, level.

Of course, parts of the political Tea Party movement are obviously orchestrated. But other parts have sprung up spontaneously, mostly facilitated by the Internet. Cantor's defeat is being presented as a great Tea Party triumph, one that was both unexpected and decisive.

But there are questions as well. Here's more:

It is easy enough to attribute his defeat to the sentiment among conservatives that Cantor is not sufficiently hostile to an amnesty for illegal immigrants, and that the Republican establishment is too squishy: too willing to raise the debt ceiling, vote for bank bailouts, and so on.

… Was the difference that Cantor was caught napping? It sure didn't look as though he was taking the race for granted. He spent so much money on attack ads against David Brat, the college economics professor who defeated him, that Brat's supporters took to saying that Cantor was running scared.

Was it then the openness of the primary – the fact that Democrats could vote in it – that cost Cantor the seat?

Many questions. The significance of the defeat reminded us that the mainstream media has simply stopped covering the scandals regarding the installation of voting machines that are unverifiable. Diebold, a main vendor of such machines, was recently charged at a federal level regarding its easily compromised technology.

It seems obvious that Diebold installed election machines across the country that are easily tampered with. The larger question is who was behind the Diebold selection and the installation of seriously flawed machine? Knowing the way the US justice system works these days, we doubt we'll find out any time soon despite the charges that have been laid.

We visited Brad Blog to find out more about the Cantor vote:

The results, from 9 different counties (and one city) that make up the impossibly gerrymandered 7th District, which Cantor helped carve out for himself, are all based on the numbers reported by the oft-failed, easily-manipulated computer tabulators from the alphabet soup of different types of electronic voting and tabulation systems used in each of the separate jurisdictions that comprise the district.

… All of the voting systems used in VA-07 have been found by computer scientists and e-voting experts to be vulnerable to error, malfunction and malfeasance, and – whether it's a paper-based system or a 100% unverifiable touch-screen system – each one uses a computerized central tabulator to total up all of the numbers from the vulnerable memory cards deployed in the systems at each of the various precincts in the jurisdiction.

Paper-ballot op-scan systems, unlike DREs, are verifiable after an election, if any human beings ever bothers, or are allowed, to examine the paper ballots by hand to make sure the computers tallied votes correctly. Hand-counting paper ballots is the only way to know if a paper-ballot op-scan system has tabulated results accurately or not. Mistallied ballots are not uncommon with such systems.

Two of the three largest voting jurisdictions respected their voters enough to allow them to use hand-marked paper ballots, tallied by precinct-based ES&S Model 100 (M-100) op-scan systems. No votes – none of the 38,974 reportedly cast – from any of VA-07's other 8 jurisdictions can ever be verified as having been recorded accurately as per the intent of any voter. Not even one vote.

So those numbers are lost forever. Whatever the computers reported is what the results will be, whether they are accurate or not, and there's nothing anybody can ever do about it.

…Three days ago, the Washington Post reported that Cantor's internal polling showed him 34 points ahead of Brat. Tonight, it's a given among the pundit class, that those numbers were simply wrong and tonight's completely unverified computer-reported results are correct, showing Cantor losing instead by more than 11 points. Those results may be correct. Or they may not be. Nobody actually knows.

Given the surprising "blow-out" "upset" nature of tonight's reported victory of Brat over Cantor, the pundit class will now twist themselves into pretzels to backwards engineer reasonable "explanations" for Cantor's defeat, no matter how thin the evidence to support their theories. We've seen it before. Too many times, in fact.

So … most of the voting that took place for this election occurred on unverified and unverifiable voting machines. It boggles the mind that communities all across the United States have such easily manipulated equipment and allowed it to be installed in the first place.

The lack of verification does allow "pundits" to step in and fill the emptiness with their own perspectives. In this case the narrative is that the formal – GOP controlled – Tea Party staged a dramatic resurgence.

There are new developments, however. Chief among them is that libertarian/conservative Senator Rand Paul has entered the immigration debate as a conciliator. The Washington Times reports the move as follows:

Rand Paul throws weight behind immigration reform effort … Sen. Rand Paul on Wednesday waded deeper into an issue that has proved perilous to some of his GOP colleagues, throwing his political weight behind an establishment lobby effort to get Congress to reform the country's immigration system this year.

Mr. Paul, a libertarian-leaning Republican from Kentucky and possible 2016 presidential hopeful, participated in a telephone conference call to conservative and business leaders in favor of immigration reform in an effort brokered by anti-tax activist Grover Norquist, The Washington Times has learned.

The business group, the Partnership for a New American Economy, immediately blasted an email Wednesday evening to supporters crowing that Mr. Paul had formally joined its pro-reform effort. The timing of the call only heightened the potential stakes for Mr. Paul just one day after House Majority Leader Eric Cantor was shockingly ousted from office in the Virginia Republican primary in favor of a little-known college professor.

The dialectic is in full swing, aided by Cantor's dismissal.

Long ago, we speculated that Rand Paul was in position to be the next "Ronald Reagan" of the GOP, someone who could ride the current wave of anti-government sentiment to the White House.

The most cynical interpretation of Rand Paul's potential candidacy is that the political kingmakers on both sides of the aisle may believe it's time for a "right-wing," libertarian-republican to surge to the fore. The electoral victory and subsequent rhetoric could help alleviate some of the anti-government feeling around the US today.

It seems to us that there is an ever-stronger dialectic being created that boosts Rand Paul's profile, at least within the Republican Party.

Call it the "Reagan meme."