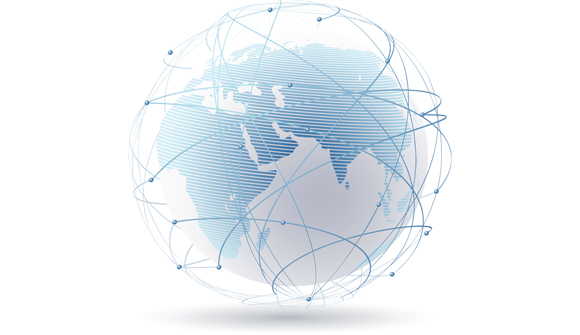 Stock markets suspect Federal Reserve has interest rate jitters … Hints that the Fed won't raise interest rates in March are proving to be good news for miners and oil producers' share prices The Federal Reserve's William Dudley said further strengthening in the dollar could have 'significant consequences' for the health of the US economy. – UK Guardian

Blame it on the dollar!

The Federal Reserve hiked a tiny bit and markets around the world plunged. This is the big story that implies the further loss of Fed credibility.

But there is an even bigger one that we'll discuss at the end of this article.

Let's continue with this Guardian analysis. The reporting is along the lines we would expect: We learn that market players have come to the logical conclusion that the Fed is not going to raise interest rates again any time soon.

Or even if they do "raise" them, they'll have a negligible impact on real rates.

On Thursday, large stocks moved up and reports circulated that Fed officials were continuing to have "second thoughts" about a series of rate hikes. Here, more from the Guardian:

William Dudley, a top Fed official, said on Wednesday that monetary conditions had tightened since December's quarter-point rise and rate setters would have to take note. Further strengthening in the dollar, added Dudley, could have "significant consequences" for the health of the US economy. Translation: the Fed probably won't raise in March.

The dollar then sold off yesterday, while commodity prices rose, especially the share prices of miners and oil and gas producers. It was quite a clever statement, helping move the dollar down and the market up.

Even more importantly, it began the process of Fed damage control. The Fed hike had not merely bashed stocks, it had buttressed the dollar.

A stronger dollar, Dudley says, may preclude further near-term rate hikes. Thus, the Fed, conveniently, doesn't have to acknowledge – directly, anyway – that further hikes are on hold because of damage done to equities.

That would be embarrassing!

Of course, there are additional sub-plots, one courtesy of Goldman Sachs, as reported in the Australian Financial Review:

US Federal Reserve will lift rates higher than market thinks: Goldman Sachs' US economist Jan Hatzius predicts the US central bank will proceed with three interest rate hikes this year …

The US central bank will take some time to determine the effects of tighter financial market conditions, but will surprise markets by pushing interest rates higher than what they're presently pricing in, according to Goldman Sachs' highly regarded US chief economist,

This brings us to the even bigger story we already mentioned. That has to do with how Fed maneuvering has obscured a larger economic truth: The depression-like state of the US economy.

Central banks like the Fed not only create recessions and depressions; their constant interference in the marketplace makes it difficult for consumers and investors to discern the truth.

The truth is that the US's "recovering economy" is nothing of the sort. Some 40 million are on food stamps. Some 90 million have ceased even looking for formal employment.

Additionally, asset bubbles have appeared in auto and high-end housing sectors, among others.

Central banks are financial swindlers, monetary dissemblers. They undermine economies while pretending to "protect" them. The narratives swirling around central-bank moves are promulgated by the bought-and-paid-for mainstream media … and make it almost impossible for the average person to figure out what's really going on.

And what's that? The inevitable move toward greater globalization and authoritarian elite control.

Economies around the world are generally in a state of collapse. With the exception of the US, most central banks are printing as fast as they can. Perhaps the US will join with another bout of quantitative easing.

Even if it doesn't and Fed officials decide to hike again – or even a few more times – you can bet media attention will focus on the sterile paradigm of a tiny group of overweight men and women gathered in a comfortable conference room and deciding on the direction of a US$17 trillion economy.

These signal the toll that arises from the deliberate debasement of money.

Central banks separately or in concert are malicious tools of wholesale cultural destruction. The constant nattering about the direction of interest rates and other "imaginative" tools increasingly employed only conceal the issues that should truly be examined and conveyed.

Like a bad soap opera, the same plump faces will appear over and over every day saying approximately the same things. The idea is to make sure that a handful of "special" individuals with the appropriate academic backgrounds can manage the world's entire, complex economy. They can't, of course.

The message we receive is that they can … and do.

Conclusion: Central bankers regularly lie to us to obscure the larger, ongoing globalization of finance. We're not supposed to notice what's going on behind the curtain. But we better start.