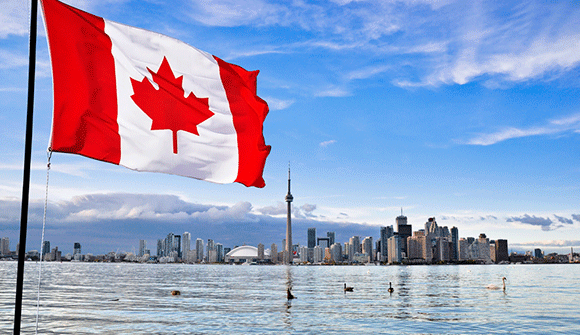 Canada plans to experiment with giving people unconditional free money … Finland and the Netherlands have already shown their interest in giving people a regular monthly allowance regardless of working status, and now Ontario, Canada is onboard. – Tech Insider

For years we’ve written how the “basic income” is statist propaganda expressed in monetary terms.

Love your state and the support it provides to you.

That’s the message from those who want a regnant state. Handing out “free” money expands the clout of governments enormously.

The same governments that killed hundreds of millions in the 20th century.

The same governments that malevolently incarcerate tens of starving millions in penitentiaries around the world.

“Basic income” is evidently part of the larger plot. More on that in a minute. First, more from the article:

Ontario’s government announced in February that a pilot program will be coming to the Canadian province sometime later this year. The premise: send people monthly checks to cover living expenses such as food, transportation, clothing, and utilities — no questions asked.

The Tech Insider article states that Canada already has a highly socialized system when it comes to government benefits and that a rollout of a basic income plan might occur without dislocation or even much debate.

Right now Western states hand various benefits including welfare for “the poor.” But that has some level of stigma attached to it.

A basic income reduces that stigma if everyone gets paid, or most everyone, not just the “poor.”

The state then becomes a source of benevolence rather than an instrument of shame.

Is this immoral? One always needs to recall that the state is ultimately an expression of force. In great measure, whatever buttresses the power of the state reduces citizens’ quality of life.

Who authorizes the state to remove a portion of your wealth? “Lawmakers” elected by a minority? And why should these people have authority over you and your substance?

Beyond general questions of morality, there are specific issues we should note.

The idea of a living wage emerges at a time when the central bank economic model is failing badly. It was always a Ponzi scheme justified by Keynesian lies. But its ruinous unreality is increasingly obvious.

But central bankers are battling to keep their monopoly of force regarding money printing.

So the system is to be buttressed by cash confiscation and negative interest rates.

The third leg of the stool would be the basic income.

That’s right. A basic income, electronically provided, would set precedents for the delivery of other kinds of payments and make the implementation of a cashless society and negative interest rates a good deal easier.

Universal bank accounts would become mandatory. Uruguay, a leader in such things, has already demanded that its citizens receive their paychecks in bank accounts electronically and not in cash.

Cashlessness, of course, supports the utility of negative interest rates. So all three authoritarian processes work together.

This is a most radical program that reveals the desperation of the central banking elite.

What is evident after more than 50 years is that printing money CANNOT create prosperity, only expand asset bubbles in ways that are terribly destructing. Over and over boom gives way to bust destroying entrepreneurs, businesses and families.

The elites don’t care. They designed the system for this sort of outcome. And central bankers have aggressively and desperately debased currency to maintain their positions.

Now, at zero-bound, they can go no further without wholesale changes in how “money” is created and delivered.

Those who are backing the idea of a basic income believe it is merely a matter of fairness. After all, if large corporations and banks can receive free money, then why not the average person?

But this misses the point. Ask yourself, “Why now?” These three elements are all being implemented suddenly – and at the same time.

By tracking the elite propaganda – mainstream media memes – we can codify the invasiveness of these expanding strategies.

And please remember: Being aware of ways that elites manipulate the controlled media to produce desired results is part of being an educated 21st-century consumer.

The Internet allows us to analyze this sort of “directed history” and then protect ourselves using the knowledge we have gained.

What is emerging about the wholesale reconfiguration of money and its dissemination is breathtaking.

However, it is being implemented in such haste that the chances of any kind of smooth implementation are surely close to zero.

In fact, it goes against human nature in so many fundamental ways that we can’t see it working at all, or not in the long-term.

It is the last gasp of empire, not a providential methodology.

Stay alert and don’t “resign yourself” to the inevitable. Fight back. Don’t be fooled by the anti-poverty propaganda.

Remember hardly a single person was prosecuted under FDR’s gold-confiscation act though many did not surrender a single ounce of gold.