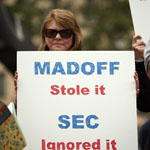 Financial products should be treated like medicines and sold to consumers only when they are certified safe to prevent a repeat of last year's financial meltdown, the world's central bankers said on Monday. The Bank for International Settlements (BIS), which acts as a forum for central banks, said government efforts to revive the global economy might have only a temporary impact because banks are not being pushed hard enough to fix their underlying problems … A rise in Japanese industrial output and a pick-up in euro zone economic confidence showed the unprecedented government spending is having an effect. But policymakers said it was too early to conclude a recovery was taking root and officials in the United States, Europe and China said the need for further stimulus measures should not be ruled out. – Reuters

Free-Market Analysis: Western governments have apparently invented a way to tax breathing (with carbon cap-and-trade), but that is not enough. Central banks now want to invent a methodology whereby every financial transaction of consequence is codified and regulated. We truly live in an age when anything is possible, so long as a government bureaucrat or banker can imagine it. For free-market entrepreneurs the situation is somewhat different. Their horizon is to be limited, their imagination to be carefully circumscribed. The adults, as President Barack Obama famously said, have arrived.

What's wrong with regulating every single market process? If each process is regulated and codified, then the bubble disasters with which Western economies are periodically afflicted will surely be a thing of the past — won't they? The process itself seems to make sense. If someone wants to do something, whatever that something is should be watched carefully to ensure that excesses are wrung out before disaster strikes.

The only trouble is that financial products are NOT like medicine. There is no valid comparison to be made between a stock and an aspirin. One is inevitably risky and responds to economic fluctuations; the other is an analgesic that is intended to serve a simple and repetitive purpose. To turn bankers into doctors and financial instruments into prophylactics is truly a misguided proposition and one that would be comical coming from an organization other than the BIS.

In fact, the regulatory process for medicine is certainly not perfect either. Any regulatory process is bound to be inefficient because regulators can only regulate what has gone before and are powerless to regulate what has not yet been invented. If regulators attempt to winnow through every innovation to determine which are safe, Western societies would be no better off because only the market itself can determine what innovation will work and whether it will ultimately fall by the wayside as too risky, dangerous, etc. Here's some more from the article:

The BIS was alarmed by how a collapse in the value of opaque and complex securitized products propelled the world's financial system into crisis. It said in its annual report all financial products should be registered like medicines. The safest instruments would be available to everyone, a second tier only to people with authorization, like prescription drugs, and a third tier to a limited number of pre-screened individuals and institutions, like experimental drugs are. A final tier would be securities deemed illegal. "Such a registration and certification system creates transparency and enhances safety … This will mean that issuers bear increased responsibility for the risk assessment of their products," the BIS said.

The BIS is a very powerful body, one of the most powerful on earth. But this seems like arrogance. Are international bankers capable of choosing what securities are to be made available to whom? Alternatively, the mindset is born of panic. It is so simplistic it seems thrown together like a PR stunt. The monetary elite, in our opinion, did not likely foresee the depth of this financial crisis. Surely came close to sinking the current central-banking driven system, and still may if a protracted lull in economic performance unfolds.

What is sad about the proposal is that, thanks to the Internet millions, even tens of millions are aware that it is the central banking mechanism itself that drives these increasingly wide-ranging booms and busts. In fact the more the world's marketplaces are regulated and regularized, the worse downturns get. It is as if times have changed, yet central bankers continually content themselves with a 20th century yearbook.

Is this the best the vaunted BIS can do? This entity apparently can only recycle worn out palliatives that were never effective even when the investing public was far more apt to sympathize with them. Yes, perhaps, the monetary elite can propose these sorts of things and motivate supine Western governments to entertain them with appropriate legislation. But it is the sinking prestige of central banking itself that will have to be addressed — eventually.

We have compared central banking to a religion. But as it is with any institutionalized religion, the keepers of the central banking flame will at some point have to address the growing spiritual crisis, not paper it over with rituals and more regulation. A crisis in faith is difficult to deal with in the best of times. But the creation of more rituals will not deepen belief. In fact, it may create more skepticism. Eventually, those who used to believe in the sanctity of fiat currency may be wooed by other monetary persuasions. We anticipate this already happening with silver and gold. They do act as a barometer of belief. Increasingly they tell us that God — one God anyway — is dying if not dead.