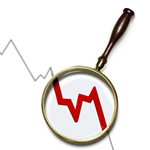 The world has not tackled the problems at the heart of the economic downturn and is likely to slip back into recession, according to one of the few mainstream economists who predicted the financial crisis. Speaking at the Sibos conference in Hong Kong on Monday, William White (pictured left), the highly-respected former chief economist at the Bank for International Settlements, also warned that government actions to help the economy in the short run may be sowing the seeds for future crises. "Are we going into a W [shaped recession]? Almost certainly. Are we going into an L? I would not be in the slightest bit surprised," he said, referring to the risks of a so-called double-dip recession or a protracted stagnation like Japan suffered in the 1990s. "The only thing that would really surprise me is a rapid and sustainable recovery from the position we're in." The comments from Mr. White, who ran the economic department at the central banks' bank from 1995 to 2008, carry weight because he was one of the few senior figures to predict the financial crisis in the years before it struck. Mr. White repeatedly warned of dangerous imbalances in the global financial system as far back as 2003 and – breaking a great taboo in central banking circles at the time – he dared to challenge Alan Greenspan, then chairman of the Federal Reserve, over his policy of persistent cheap money. – Financial Times

Free-Market Analysis: It is nice to see the chief economist of the BIS hopping on board the "realism train." White breaks ranks with the green shoots crowd to explain that numerous factors are weighing down the economy worldwide and these issues have not been done away with. They've actually been papered over by all the paper that central banks around the world have been printing. The paper, he observes, has found its way into securities markets, potentially creating a new asset bubble, meanwhile dangerous imbalances have not been resolved. Here's some more from the article:

On Monday Mr. White questioned how sustainable the signs of life in the global economy would prove to be once governments and central banks started to withdraw their unprecedented stimulus measures. "The green shoots are certainly out there – the question is what kind of fertilizer is being used on them," he said.

Worldwide, central banks have pumped thousands of billions of dollars of new money into the financial system over the past two years in an effort to prevent a depression. Meanwhile, governments have gone to similar extremes, taking on vast sums of debt to prop up industries from banking to car making.

These measures may already be inflating a bubble in asset prices, from equities to commodities, he said, and there was a small risk that inflation would get out of control over the medium term if central banks miss-time their "exit strategies".

Meanwhile, the underlying problems in the global economy, such as unsustainable trade imbalances between the US, Europe and Asia, had not been resolved, he said.

This is pretty much the analysis we've been pro-offering, lo, these many months to attentive Bell readers. We've explained, as White now has, too, that the paper and electronic money printed in the trillions by central banks has trickled back into markets, creating a new bubble to take the place of the old.

White makes other points that we've offered up to our readers. He wonders how sustainable the recovery, such as it is, will be once the central banks stop pumping out so much money (not very). He also points out that the economy world-wide, has not benefited very much from all the pump priming of various sorts going on. Western economies are still producing less revenue than their governments wish to spend. Eastern economies are still willing to provide more products than Western societies are prepared to purchase, currently.

We wish White had been a bit more forthcoming of course, even though his arguments confirm the gist of our points to you, dear reader. Where we wish he'd been more frank has to do with the economy itself and the reason why despite the trillions lobbed into the economy worldwide, White has come to the conclusion that a W or even L-shaped slump is feasible.

The reason is because the policy-makers are using a Keynesian model when they should be using an Austrian, free-market one. The Keynesian model is fairly simple when it comes to downturns. A cessation of spending causes a downturn in the economy, and an uplift in spending brings the economy back to life. In order to stimulate spending, a government may print money and pour it into the economy to create "make work" jobs that put money in people's pockets and eventually into the economy.

The Austrian model is a bit more subtle, not to mention a lot more accurate in our opinion. The Austrian model points out that it is the operation of money printing itself that creates first false booms and then real busts. The only thing to do is to wait out the bust, to allow the economy to wring out the distortions caused by the oversupply of paper money.

Utilizing the Austrian paradigm, we can see that it does no good to utilize a Keynesian stimulus, because you will just pump the bubble back up (perhaps) and in any event you will likely prevent the economy from fully wringing out the industrial excesses. This means still more capital will be poured down rat-holes and the real economy, instead of creating many new jobs will crawl along.

We would like to see someone so prominent as White commit himself fully to a free-market analysis of what's going on. They all know it at the top, these bankers (and they did even before the Internet popularized real economic concepts). But interestingly, the damage is probably so great this time round and the fiat money scheme so over-extended that the truth has to be told, at least to some extent. We await the moment when someone like White gets in front of a podium somewhere and admits that the only standard that has a chance of lasting and bringing real prosperity back to the world economy is a gold-and-silver based marketing one. And the only economic analytical paradigm of any merit is the free-market one.