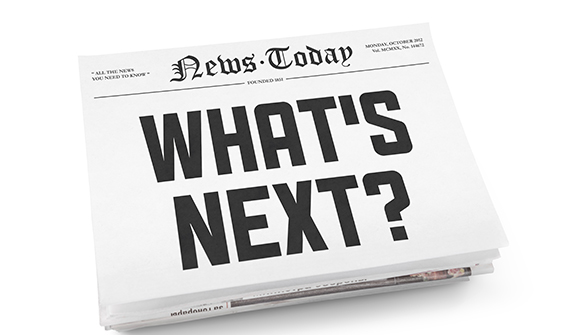 China Money Rates Retreat After PBOC Said to Inject Cash … China's benchmark money-market rates retreated from records after the central bank was said to have made funds available to lenders amid a cash squeeze. The one-day repurchase rate dropped 384 basis points, or 3.84 percentage points, to 7.90 percent as of 9:33 a.m. in Shanghai, according to a weighted average compiled by the National Interbank Funding Center. That is the biggest drop since 2007. The seven-day rate fell 351 basis points to 8.11 percent. They touched record highs yesterday of 13.91 percent and 12.45 percent, respectively. "The worst is over; the PBOC is likely to serve as a last resort and intervene to calm the markets and avoid such huge volatility," said Chen Qi, a Shanghai-based strategist at UBS Securities Co. – Bloomberg

Dominant Social Theme: Rigorously, we will pop this bubble!

Funny how that works. Eurocrats have relaxed their rigor when it comes to "austerity," as well. Men of "iron will" are suddenly not so tough in the face of real world consequences.

And so it is with Chinese leaders, apparently. Something has really scared them – or perhaps they are merely coordinating their activities with the US Fed or the Bank for International Settlements. In any case, tightening has certainly come to the world's markets, but perhaps only for a short time.

Someone obviously wanted to send a message, and Ben Bernanke, in speculating on a "taper" of quantitative easing, certainly delivered it.

As some of his colleagues have pointed out, he didn't have to provide a timeline and in doing so he may have precipitated a sell-off. But perhaps that was on purpose, as well. If so, message delivered.

But now they are back peddling, or at least the Chinese are. A message is one thing. Sinking the economy is another. Here's more:

The cash injection "is exactly what I would expect," Wee-Khoon Chong, a Hong Kong-based strategist at Societe Generale SA said yesterday. "Market stability should always be the top priority of regulators and central banks."

But was it planned this way? Or did the bankers panic and realize that the message was sending the markets spinning out of control?

This cuts to the heart of challenges faced by the ChiComs in this brave, new era of the 21st century. As we've long pointed out, the Chinese Miracle is likely in large part the result of central bank stimulation.

But China is a huge country with a huge population and the money-printing program has been similarly huge. Today, there are whole empty cities in China and apparently more empty skyscrapers than there are total skyscrapers in Europe or the US.

Because there are few outlets for savings in China, the newly enriched middle class has poured its earnings into real estate, thus inflating it absurdly.

When the bubble really pops, it will likely decimate the Chinese economy.

We're talking about a stimulation that has gone on for decades, after all. Probably the biggest job of monopoly central bank money printing ever.

We've long pointed out that the Chinese economy provides the potential for a "third strike." And three strikes put the leadership and the entire political economy at risk, from our humble perspective.

The Chinese in aggregate seem to us to barely tolerate the current regime, as is. There is a lot of pushback against the current Internet censorship and the ChiComs are struggling to keep the economy afloat.

They've made a number of policy changes recently. They've signaled they'll be moving hundreds of millions more farmers into cities, presumably where they can control a restive population better.

They've made it clear they expect growth to come domestically not internationally.

Finally, and most startlingly, they've recently indicated that they are going to allow more free-market reforms to take hold across the country.

Will any of this help? It is our melancholy suspicion that all of this is "too little, too late." As the leadership may just have discovered, Chinese monetary inflation is raging and may be too powerful to control.

Even a little bit of tightening sets off a potential crisis.

So what are the Chinese to do?