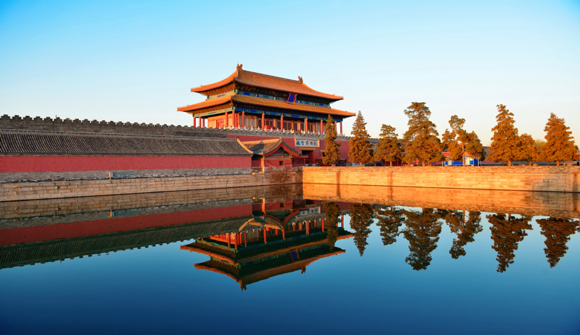 The Sky Is Falling on Chinese Corporations … The four largest banks in China, the banks that have to officially show big profits and profit growth no matter what because they're an integral part not only of the government but also of China's miraculous debt-driven expansion, are showing officially tolerated signs of increasing stress. – WolfStreet

Dominant Social Theme: There are no market risks in the fall.

Free-Market Analysis: The "fall" is aptly named when it comes to Wall Street's prospects over the next three months.

These three months, and especially October, have been most cruel to market performances, especially during occurrences of asset bubbles. Such bubbles tend to get pricked in, say … October. Will it happen again?

As much as any publication, we've called the market's performance over the past year by observing the behavior of the power elite and mechanisms put in place to prop up equity markets – most notably monetary stimulation.

But it's autumn, now, and October could certainly see a market event.

The question is whether or not an "event" will effectively end the current market rise. Chances are even if markets go down fast and hard, certain sectors will remain viable and profitable over time. Cannabis, for instance, is expanding as an industry worldwide and it's hard to see that trend dissipating.

However, it is certainly true that there are many ways that markets can unravel. And at these heights, it only takes a push to reduce market valuations. There are plenty of places the push can come from. One such, as we've long pointed out, would be the public unraveling of China's increasingly problematic economic "miracle."

A recent article posted over at WolfStreet reminds us of this possibility. Here's more.

… Four mastodons – Industrial & Commercial Bank of China, China Construction Bank, Agricultural Bank of China, and Bank of China – admitted to 384.7 billion yuan ($62.6 billion) of bad loans on their book at the end of June, a 13.2% jump from just six months earlier.

… The real estate sector has begun to quake at its foundation, after years of overbuilding, which goosed GDP in the government-mandated manner by creating a breath-taking amount of oversupply including entire ghost cities.

To round out the scenery, companies selling luxury goods or services have gotten hit by a crackdown on corruption – politically motivated or not; conspicuous consumption, the erstwhile hallmark of officials now deemed corrupt, has become unpopular.

It all has turned into a reeking mix of teetering companies and banks that lent these companies regardless of realities on the ground because it was the government's way to push the economy forward, no matter what. And these companies are now getting crushed.

For the first half, of all the companies listed in Shanghai and Shenzhen, 366 (or 14%) reported losses, according to the Nikkei Asian Review. An all-time record. Of the bleeding companies, 67% were manufacturers. Steel and nonferrous metals sectors have been getting clobbered by the turmoil in the property sector where an ongoing home-price crash has pricked one of the largest construction bubbles in history.

These "investments" have turned into malinvestments where the assets are not producing enough to service the debt that funded them. And in China's debt-fired economy, when a record number of companies are starting to lose money, lenders are going to get burned. What we're smelling is the acrid smoke from a sub-surface fire.

Over the past four years, we've written a string of articles pointing out that China's economy is a kind of hyper-Westernized monopoly fiat-money construction designed for maximum "growth."

It's simply not normal for any country, let alone China, to turn into an industrial super-power in 30 years. This is not the result of an economic evolution but a deliberate forced expansion driven by tidal waves of super-currency.

Almost everything about the Chinese economy, from what we can tell, is managed to provide the appearance of "capitalism" but not the reality. Banks and businesses are seen to compete but, as has been reported, the competition is managed behind the scene by Communist Party leaders.

The Chinese miracle is far more a monetary one than an industrial one. China's extraordinarily powerful central bank has been a big part of China's charge. When the West's asset collapse threatened Chinese growth in 2010, Chinese officials further wrenched open the money taps and China's staggering economy swelled once more.

At the same time, Chinese leaders announced that the economy wouldn't count on Western consumption going forward. China would look to develop its own consumers.

Well, judging by the above results, that hasn't worked out so well and, in fact, we never believed it would. Only three generations ago mass starvation claimed the lives of 50-100 million Chinese as the Great Leap Forward turned into an agonizing – and entirely avoidable – tragedy.

The idea that Chinese citizens, scarred by such an occurrence within recent history, would abandon caution and become giddy consumers seemed to us to be something that ChiCom leaders couldn't be suggesting with any seriousness.

On the other hand, perhaps they felt they had no alternative. The Chinese communist system is fragile and growing more so. Some kind of plan had to be developed. Building a homegrown consumerist society was probably never seen as feasible, but, heck, at least it provided a policy.

Putting it into practice is a good deal more problematic, though.

This is a delicate line the ChiComs are walking. We've speculated regularly that the Great Leap forward is indelibly etched in the Chinese psyche along with the Tiananmen Square disaster. One more massive catastrophe might spell the end of the current communist system and China's masses might look elsewhere for leadership.

An unwinding of China would also be problematic for Western powers that in our view were instrumental in China's sudden emergence as an economic power. Europe is still not in "recovery" and the US's much-touted bounce-back has many question marks attached to it as well.

We're not sure that this latest wave of bad news from China will be the trigger for an autumn market break (though it could be). Over the longer term, however, China's compulsive and endless monetary stimulation will certainly have significant negative implications for Western economies.