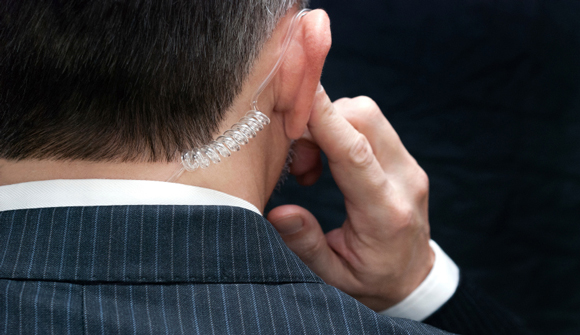 Google's Schmidt: Surveillance fears are going to end up breaking the Internet … Sen. Ron Wyden (D-Ore) took the opportunity to slam National Security Agency surveillance work as part of an unacceptable "digital dragnet." But the hour-long session quickly shifted from talk about the digital economy to the risks posed by government surveillance programs to human-to-human communications. Google Chairman Eric Schmidt talked of visiting with German Chancellor Angela Merkel this summer and spending time in her East German hometown. Merkel, said Schmidt, reflected upon growing up in a surveillance state and pulled out her cellphone. Schmidt recalled the German leader saying, "What are they doing listening to my phone calls with my mother?" – Washington Post

Dominant Social Theme: The US intel community's commandeering of large technology companies is jeopardizing trust – and business opportunities – around the world. It's not the fault of the industry!

Free-Market Analysis: We wish we could be more sympathetic to US tech giants, but we can't. The largest US firms have apparently – and obviously – turned themselves into a kind of Trojan horse for the US intelligence community and for law enforcement besides.

Now Congress is holding hearings on the matter and top technologists like Eric Schmidt – see the above article excerpt – are warning about dire consequences.

But are these proverbial crocodile tears? Google, Facebook, Microsoft, the largest US tech firms are seemingly virtually married to the surveillance agencies that they wish to distance themselves from.

The NSA does not target Americans' location data by design, but the agency acquires a substantial amount of information on the whereabouts of domestic cellphones "incidentally," a legal term that connotes a foreseeable but not deliberate result.

This kind of technical reporting, weighing the pros and cons of surveillance, doesn't deal with the alarmist promotions that have led up to the current surveillance state. Additionally, the tentacles of the current US military-industrial-surveillance complex are rooted in a history that features increasingly close cooperation between US tech giants and fedgov.

By presenting the argument in fairly sterile terms and restricting the conversation to the NSA itself, the Washington Post is minimizing the scope of what's going on – and is still occurring. But the Washington Post is not alone. Mainstream reports consistently emphasize the government's role in recruiting the US's largest tech companies.

Yahoo! might have had to pay millions of dollars per day in fines if the company kept refusing to comply with US government requests for its users' Internet data, newly released documents show.

In a small victory for Yahoo's legal challenges to US spying, a court permitted the company to release on Thursday 1,500 pages of partly redacted documents that shed light on the scope and force of the government's surveillance methods. One document shows the US in May 2008 threatened Yahoo with a fine of $250,000 day that would double each week the company failed to turn over data.

Yahoo complied on May 12, 2008, giving in to the National Security Agency's Prism electronic surveillance program that had operated without public knowledge until former agency contractor Edward Snowden exposed it in 2013. The revelations ignited a debate about the scope of US spying and prompted Internet companies to take additional measures to boost the use of encryption for e-mails and other communications.

We're not so sure how determinedly Yahoo fought against being recruited for fedgov purposes. Likewise, this congressional hearing seems to have been designed to portray US tech moguls as innocent victims of the US government's terrorist paranoia.

… The case has frequently been made that the NSA disclosures and news of other law enforcement activities have hurt the ability of U.S. tech companies to compete abroad; Wyden himself cited a study from Forrester Research that found that surveillance concerns could cost U.S. companies a quarter of their foreign revenue by 2016.

And to be sure, there were economic worries in the air. Microsoft general counsel Brad Smith is wrestling with a court order that would require the company to turn over e-mails stored on Microsoft's servers in Ireland to U.S. law enforcement. But Smith, too, did his best to humanize what's at stake.

"The fundamental issue is pretty straightforward," he said. "It's all about trust. And it is personal to people. Just as people would not put their money in a bank they don't trust, they will be reluctant to store their personal information in a data center or on a phone that they don't trust. These issues have undermined people's trust in American technology, and that's a shame."

… "The simplest outcome is we're going to end up breaking the Internet," said Google's Schmidt. Foreign governments, he said, are "eventually going to say, we want our own Internet in our country because we want it to work our way, and we don't want the NSA and these other people in it."

It should be pointed out – and we have – that Schmidt and Google have been working closely with the US military almost from the inception of Google as a company. In fact, there is a mysterious two-year gap in Google's corporate history prior to when Google went public that apparently involved secret Defense Department work.

There is probably going to be continued fallout from the close involvement of the US tech industry with US Defense Department priorities. We doubt, in fact, that these efforts at damage control are going to be very successful. The US military-industrial complex may have obtained the world's most sophisticated technology – but sacrificed a truly global industry in the process.

Yes, the Internet may indeed be Balkanized in the near future. And as a final thought, perhaps that was one of the desired outcomes all along.