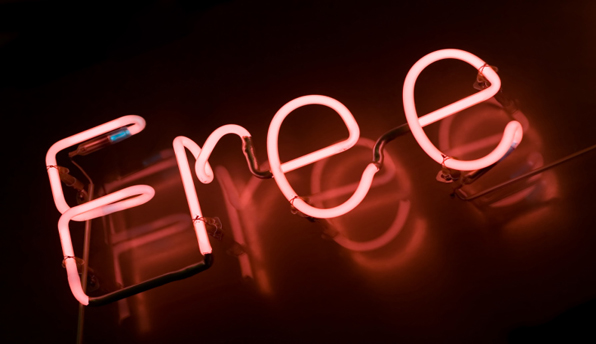 Reagan's true legacy: The Tea Party … Tea Party Challenging the status quo is the correct condition of American conservatism. At the end of the American Revolution, Benjamin Rush, who had signed the Declaration of Independence, vowed that though the war with Great Britain was over, the Revolution would go on. The stirrings of original American conservatism were found in such sentiments. For the proper state of American conservatism — from Thomas Paine to Thomas Jefferson to Abraham Lincoln — is to be in a perpetual struggle for intellectual revolution. Ronald Reagan, whose 103rd birthday would have been Thursday, exemplified this. No surprise the Gipper regularly quoted all three men. Reagan never saw himself as part of the Washington establishment — even after his two terms as president. – Reuters

Dominant Social Theme: The GOP is a big tent that can accommodate the changing scene.

Free-Market Analysis: This Reuters editorial makes many points that we've made in the recent past about the Tea Party.

We've argued, in fact, that the Tea Party in its more inchoate form is a force to be reckoned with not just for the Republicans but for the Democrats as well.

That's because in its more extreme forms the Tea Party is a fundamentally libertarian invention not a conservative one. This article doesn't bother to make the distinction and that makes it interesting as well.

One can see language being redefined in this article for a variety of purposes. Here's more:

As he was leaving the White House, Reagan said of the conservatives who had come to D.C. in 1980: "We were all revolutionaries." The modern American Tea Party embraces this attitude. Even as the Republican Party's neo-conservative-Bush-establishment wing despises it.

Which is one key reason why the GOP today looks like an unending war zone. The GOP establishment, besides defending the indefensible, spends a great deal of effort attacking and impugning the Tea Party movement. They seem unable to grasp that the Tea Party is true American conservatism.

Reagan understood this even while president. "In the political world," Reagan said in 1984, "the cult of the state is dying; so, too, the romance of the intellectual with state power is over. Indeed, the excitement and energy in the intellectual world is focused these days on the concerns of human freedom, on the importance of transcendent and enduring values."

A commentator at the American Enterprise Institute recently slammed the Reagan legacy, saying it "was akin to being caught in a sort of amber." This is the usual for the GOP establishment — which includes everyone from former Bush aides to the K Street corporatists. Many run down Reagan as a means to run down the Tea Party conservatives as foolish and dumb — rather than recognizing the movement's "transcendent and enduring values."

Reaganism and true American conservatism are both about celebrating the individual. Today, the American public is in agreement. It won't tolerate any more bureaucracies. Consider, a recent Gallup poll showed that 72 percent of the public considered government their enemy. Yet the GOP today resembles two warring college fraternity houses.

The establishment Republicans seem to be like the Omegas of Animal House — arrogant, elitists and believers in a false utopia. The Tea Party Reaganites are like the Deltas — populists and individualists who celebrate freedom. In that seminal film comedy, the Deltas prevailed.

But the Tea Party's efforts have been slowed because there is no inspirational leader today to carry its message. There is no one capable of bringing the insiders to heel — as Reagan did against the Rockefeller Republican establishment, which loathed him as much as the Bush establishment today despises the Tea Party.

There is much that is good and revealing in the above. But if we remember that Reuters is basically a wire service controlled by top financiers and globalists, the dialogue and its intent becomes clearer.

The most salient point is the redefining of libertarianism as "conservatism." Free-market thinking – classical liberalism – has a pedigree of thousands of years old. Conservatism is perhaps 300-400 years old.

Those who want to avoid a conversation about freedom make efforts to confuse the two terms. We noted this back in 2011, in "Why US Conservatives Won't Shut Down Real Tea Party Conversation": https://www.thedailybell.com/news-analysis/2653/Why-US-Conservatives-Wont-Shut-Down-Real-Tea-Party-Conversation/

The schism between pro-war, pro-military-industrial complex "conservatives" and libertarian tea-party types is quite pronounced and is a kind of festering wound beneath the surface …

An elite apologist posing as a Tea Party conservative libertarian, can redraw the conversation as he wishes … But the larger phenomenon of resistance we see in both Europe and America cannot be gainsaid.

The above points remain topical. Simply labeling free-market thinking "conservatism" does nothing either to change the concepts nor redefine the argument.

And the idea that Thomas Jefferson was a "conservative" is especially ludicrous. Even Reagan might not have characterized himself merely as a conservative, or not in terms of results. His spoken policies – though not his results – had more to do with free markets and freedom than the vocabulary of modern neoconservatives. In other words, Reagan emerged from the GOP's libertarian wing.

Conservatism is a kind of nonsense term. It simply means that one wishes to conserve old-fashioned values that may or may not be admirable. Libertarianism, for all the shades of controversy it inspires, harkens back to a mainstream current of human aspiration – which is to be free and function within a relatively free society absent organized coercion.

What is going on now as a result of what we call the Internet Reformation is that humans' innate urge to be free is once more being married to information about how to realize that desire.

We are happy to see our perspectives about these issues replicated at Reuters. But the substitution of "conservative" for libertarian is a foolish one – revealing a larger agenda that has to do with a continued program, apparently, to cleanse the language of words like "freedom" and "liberty."

The closest we are to be allowed to these terms will be via the use of "conservative" and "conservatism." But thanks to the 'Net, it's already too late … as is the determination to make sure that the only changes allowed in Western culture will stem from a political dialogue.

There will be changes, deep changes, as the libertarianism continues to coalesce in both the US and Europe. The Internet is a process not an episode.