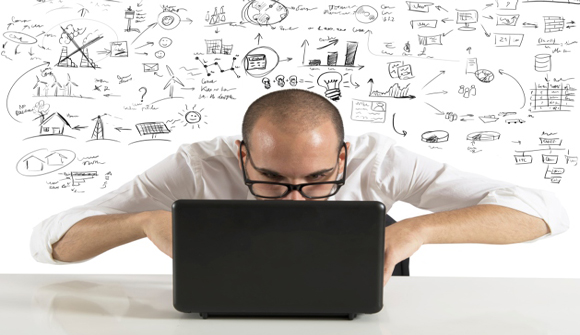 Some of the earliest adopters of the digital currency Bitcoin were criminals, who have found it invaluable in online marketplaces for contraband and as payment extorted through lucrative "ransomware" that holds personal data hostage. A new Bitcoin-inspired technology that some investors believe will be much more useful and powerful may be set to unlock a new wave of criminal innovation.

That technology is known as smart contracts—small computer programs that can do things like execute financial trades or notarize documents in a legal agreement. Intended to take the place of third-party human administrators such as lawyers, which are required in many deals and agreements, they can verify information and hold or use funds using similar cryptography to that which underpins Bitcoin.

Some companies think smart contracts could make financial markets more efficient, or simplify complex transactions such as property deals (see "The Startup Meant to Reinvent What Bitcoin Can Do"). Ari Juels, a cryptographer and professor at Cornell Tech, believes they will also be useful for illegal activity–and, with two collaborators, he has demonstrated how. – MIT Technology Review, Aug. 13, 2015

Those of a libertarian or anarchist bent like bitcoin for both its privacy and the incapacity of governments to debase its value, but the underlying "blockchain" technology has a wealth of other potential uses. "Smart contracts" are one such use.

As MIT Technology Review describes them, smart contracts are short computer programs that can verify an event has occurred and then transfer bitcoin in response, preserving anonymity on both sides.

The article dwells on criminal uses, but the technology would have many applications. For instance, it could act as a "COD" service for package delivery, releasing payment when GPS indicates a desired item is in the desired place.

More interesting is that governments would be practically powerless to stop such applications, though they will certainly try.

What happens when government loses the ability to enforce laws? Some people ignore the laws and eventually they become superfluous. Music downloading is a good example.

In the 1990s, file sharing services like Napster ballooned in popularity. The record labels filed lawsuits and demanded government help, but the sheer volume overwhelmed them. Apple then invented the iPod and iTunes, giving people a legal way to buy music. The labels survived, but are far less profitable now.

Bitcoin and the blockchain technology will likely overturn other industries. More interesting, it could overturn governments, or at least some governmental functions.

That idea is appealing to some people and frightening to others. In either case, now is a good time to start accepting the idea. The genie is out of the bottle. No one can force him back in.