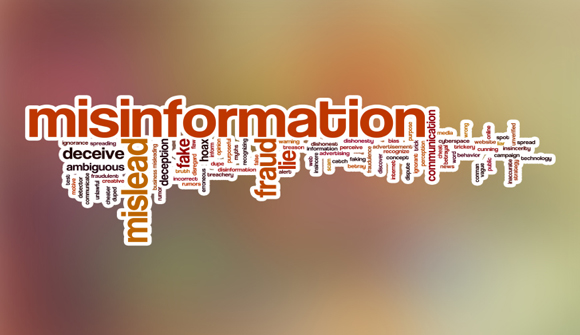 The Misinformation Mess … As Americans approach Election Year 2016, the crisis of misinformation is growing more and more dangerous. On issues from foreign policy to the economy, almost none of the candidates in the race appears to be addressing the real world, writes Robert Parry. – ConsortiumNews

Free-Market Analysis: Who is Robert Parry? He is editor of Consortiumnews.com, an online independent investigative journalism magazine founded in 1995, and an investigative reporter. We learn from his bio he "broke many of the Iran-Contra stories for The Associated Press and Newsweek in the 1980s." His latest book is America's Stolen Narrative.

This article was picked up from Consortiumnews, like many of Parry's articles, by Common Dreams, a well-known left-leaning site that publishes often about "the misinformation mess."

Our position has always been that the Internet Reformation (our term) was unstoppable in the short- and medium-term. We expected when exposed regarding perfervid implementations of directed history that the elites in some sense would take a "step back."

Instead, they have forged ahead like Ronda Rousey when she lost her title. Toward the end of the fight, she was leading with her face to get it over with.

In fact, the elites we cover regularly seem kinda, well … punch-drunk. We've suggested that the growing mass of Internet exposés would reach a critical point eventually and that seems to be happening.

Robert Parry's article adds significantly to the accumulation of material leading readers on both left and right ends of the spectrum to question the official narrative. Bear in mind Parry comes from AP. Given what he's been through professionally, this article is remarkable.

Is it really possible to expect that the American people (as propagandized and misinformed as they are) could effect significant change through the electoral process, which is itself deeply compromised by vast sums of dark money from American oligarchs, while other super-rich Americans own the major media companies?

As part of all this reassessment, there needs to be a coming-clean with the American people regarding what U.S. intelligence knows about a variety of key events, including but not limited to the Aug. 21, 2013 sarin attack outside Damascus, Syria; the Feb. 20, 2014 sniper attack in Kiev, Ukraine, which set the stage for the coup; and the July 17, 2014 shoot-down of the Malaysia Airlines Flight 17 over eastern Ukraine.

The fact that such events have been exploited for propaganda reasons – to blame U.S. "adversaries" – while the detailed knowledge of the U.S. intelligence agencies is hidden from the American people has deprived the public of an ability to make rational assessments about the larger policies. U.S. positions are driven by false or faulty perceptions, not reality.

These two grafs above are perhaps the most remarkable. When intelligence agency narratives are confronted to this extent, something is changing. The last time this happened was in the mid-20th century, and it provoked some convulsive changes.

One more astonishing statement: "Along with bringing rationality and reason back to U.S. foreign policy, a similar process of truth-telling could take place domestically."

He makes economic points, too, writing that the "core problem" of the US's shrinking middle class has do with super profits from the new digital economy that should have been disbursed to everyone but have only gone to the "super rich."

This is where Parry begins to go wrong. Like most reporters, he doesn't seem to know enough about central banking or the dollar reserve currency to appreciate the US's true monetary manipulation.

It is easy to blame Wall Street but the real problem in the US and abroad is monopoly money printing and the judicial decisions that have created corporate bigness. He can't mention this because it will conflict with his less well-considered narrative about government activism.

By the end, Parry has gone off the rails completely. Here's his conclusion:

What prevents us from making the sensible move – i.e., dramatically increase taxes on the rich and put that money to use putting people to work on worthy projects – is Ronald Reagan's propaganda message that "government is the problem."

Such articles as Parry's, even if they get the solution wrong, are evidence of an evolving, Internet-related conversation. There are those in the libertarian and patriot community that doubt the efficacy of "talk."

We've never accepted this point of view. Enough "talk" can sink a culture's formative narrative. That's why David Cameron is currently trying to censor the Internet. China is trying to do the same thing. The operative word is "trying."

Hollow out the culture and the society itself collapses. That's why top Eurocrats are encouraging Islamic migration. Cultures change when narratives change.

The trouble our leaders are having today is overexposure. Already, too many people understand the manipulations that billions are subject to. Rather than bleed to death, some elites have decided to implement their longed-for internationalism rapidly now rather than slowly.

But what do you make of this, originally from Pakistani Samaa TV?

Pakistan TV Exposes Osama bin Laden Killing Hoax (Video) Posted on December 28, 2015 by Sean Adl-Tabatabai in Middle East, News … Mohammad Bashir, an Abbottabad resident and neighbour to the bin Laden "compound", gives an extraordinary eyewitness account of what he says happened on 2 May 2011, when – according to the official story – US Navy SEALs assassinated Osama bin Laden.

In this rare interview, a Pakistan TV station talks to Bashir who gives an explosive account of what actually happened which completely contradicts the official story. This interview offers compelling evidence that the Obama administration's story about killing Osama is a complete hoax.

We wrote about this eyewitness testimony years ago, and while our report was consigned to the memory hole, here it is again.

Is it true? You decide. The larger point is that it is problematic. How much of this can the mainstream narrative stand? Russia claims forcefully that the US helped create and support ISIS, and those reports have circulated widely. It is well known that under the second Bush presidency, the US attacked Iraq for no reason, and there's so much more. And it never goes away. Not really.

It is, of course, possible that given current narrative difficulties, elites intend to induce maximum chaos. If you destroy one social narrative without letting another take its place, you can certainly make it more difficult for people to emerge from the morass of misinformation. They begin to mistrust everything.

But there are solutions. Contrary to Parry, we would argue those solutions begin with LESS government – not more.