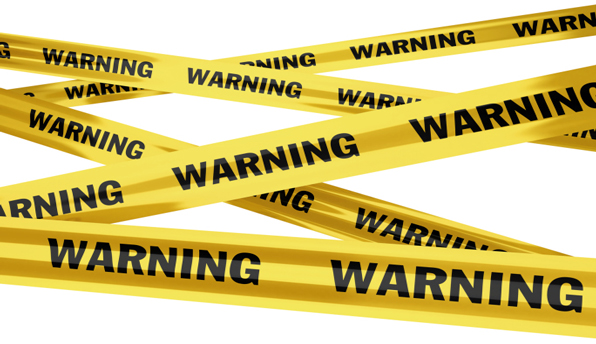 Crippled eurozone to face fresh debt crisis this year, warns ex-ECB strongman Axel Weber … Ex-Bundesbank head Alex Weber expects fresh market attacks on eurozone this year and economist Kenneth Rogoff says the euro was a "giant historic mistake." … A top panel of experts in Davos has poured cold water on claims that the European crisis is over, warning that the eurozone remains stuck in a low-growth debt trap and risks being left on the margins of the global economy by US and China. – UK Telegraph

Dominant Social Theme: Europe is over its crisis and soon any doubts about recovery will be a thing of the past as well.

Free-Market Analysis: You can tell certain memes are failing when elite bagmen begin to broadcast their doubts. From this article, we determine that even top elites are beginning to worry about upcoming EU difficulties.

Axel Weber says what is not to be spoken, for instance, though Weber has been speaking out for a while and had to resign from the Bundesbank for his trouble. Perhaps Weber is courageous, or more likely – as he moves in these circles – he is just covering his backside.

The more of these confessionals we observe, the more certain we are that significant trouble is brewing. We've seen the same kind of thing with global warming.

But when it comes to the EU, we're only surprised that there are not many more like Weber. After all, we are in the middle of a bear business cycle. In a "bear" it is not possible to get long-term recoveries. We go back to the 1970s for this information.

The 1970s – the last real bear cycle – saw numerous sporadic "recoveries." But the struggle was really between those who owned the fiat and wanted to restimulate and the economy itself, which was badly in need of a cleansing.

It is much the same today. The economy crashed worldwide but instead of allowing the banking system to experience the insolvency it richly deserved, banking officials began to print money in vast amounts – tens of trillions – that were funneled directly to "too big to fail" financial institutions.

These sorts of money flows do not create a "recovery" but they do create asset bubbles and overall price inflation. The bubbles are troublesome, the price inflation over time is intolerable and demands and interest rates rise.

The interest rate rises of the early 1980s were terrible, but when the cycle finally reaches this point in the 2000s, they will be catastrophic because the economy has been unbalanced for so long.

Weber, the former head of the German Bundesbank, said the underlying disorder continues to fester and region is likely to face a fresh market attack this year. "Europe is under threat. I am still really concerned. Markets have improved but the economic situation for most countries has not improved," he said that the World Economic Forum in Davos.

"Markets are currently disregarding risks, particularly in the periphery. I expect some banks not to pass the test despite political pressure. As that becomes clear, there will be a financial reaction in markets," he said.

Weber was not alone at Davos. Harvard's Kenneth Rogoff is quoted as saying in his speech that the euro was a "gigantic mistake." Of course, as we have indicated many times, the euro was NOT a mistake. Those initiating it believed that the stress caused by the euro would eventually lead to a deeper political union. But we'll give Rogoff a gold star for addressing the issue at all.

Like Weber, Rogoff may be worrying not about the EU so much as his own reputation. Again, think of these statements as a kind of early warning system. The most sensitive of bagmen want to issue "distancing" statements.

Here's what Rogoff had to say:

Harvard professor Kenneth Rogoff said the launch of the euro had been a "giant historic mistake, done to soon" that now requires a degree of fiscal union and a common bank resolution fund to make it work, but EMU leaders are still refusing to take these steps.

"People are no longer talking about the euro falling apart but youth unemployment is really horrific. They can't leave this twisting in wind for another five years," he said.

Mr Rogoff said Europe is squandering the "scarce resource" of its youth, badly needed to fortify an ageing society as the demographic crunch sets in. While Europe still has great skills in technology and an established rule of law that is the envy of most emerging market states, it risks losing footing as a major player in the global economy.

"If these latent technologies are not realised, Europe will wake up like Rip Van Winkel from a long Japan-like slumber to find itself a much smaller part of the world economy, and a lot less important."

Mr Rogoff said debt write-downs across the EMU periphery "will eventually happen" but the longer leaders let the crisis fester with half-measures, the worse damage this will do to European society in the end.

You see how it works? First come the most outrageous and authoritarian actions. And then, as the predictable debacle takes place, certain individuals whose fates are tied to larger rash gambits begin to worry for various reasons about their individual reputations and credibility.

Obviously, we are at this point when it comes to the euro and even the EU. As the debacle continues to unfold, there will surely be others who feel compelled to separate themselves from the unfolding catastrophe.

So think of these elite confessionals as a kind of market indicator, to be considered alongside of other evidence. They can be useful this way.

We've been writing a good deal about the Wall Street Party, and have been watching the mainstream press for these sorts of indicators – mainstream analysts and academics sounding the warning about Wall Street and markets generally.

While there are various unburdenings, we haven't yet observed the kind of doomsday commentary that we consider significant. That doesn't mean it won't come. Surely it will.

So … in the case of the Wall Street Party, there may be gains aplenty before the punch bowl departs. Not so much for the EU …